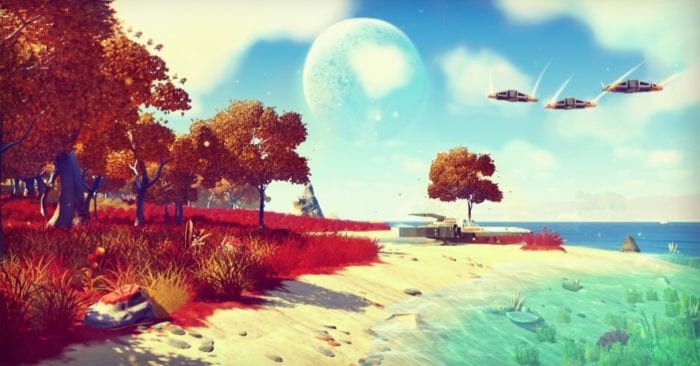 In addition to a brand new song from the soundtrack, it’s been revealed today that 65daysofstatic, the band behind the soundtrack for the upcoming No Man’s Sky, will be taking the game’s music on a world tour in a few months.

The soundtrack, which features two albums’ worth of songs for you to listen to as you travel the galaxy, will begin touring the world beginning with the Netherlands in October. At the moment, only European dates have been finalized, but the band assures folks that additional areas are going to be coming. 65daysofstatic currently hasn’t said which specific songs from the soundtrack are going to be played, but it’s a safe bet that Debutante from last year’s E3 and the recently released Red Parallax will be among the lineup. For European concertgoers you can begin buying your tickets on June 29.