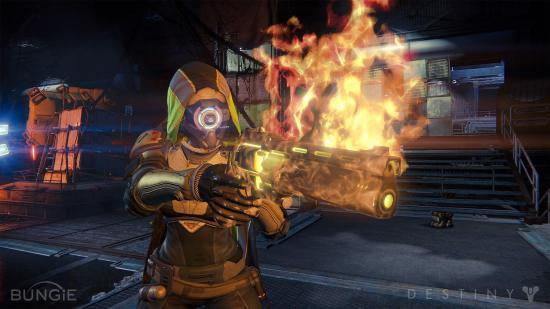 Like Warlocks before them in the April Update, Destiny’s Hunter subclasses are undergoing some major changes today to help balance and update how they preform, especially on the PvE sides of things. Some of which, by the way, align with our general thinking back in this article last year shortly after The Taken King about how the older subclasses could be spruced up.

The most dramatic changes are arguably the ones that happened to the Bladedancer and Gunslinger classes, which have had increased competition in PvE from Nightstalker ever since the void subclass released back in The Taken King. Bladedancer’s super, Arc Blade, has been modified to be less about spamming attacks as quickly as you can, to instead focus on slower, more strategic/powerful strikes. Arc Blade swings will now cost more energy, but the duration and damage of the ability has also been raised.

Gunslinger has had some of its unused perks modified to make them more competitive and useful to other more popular nodes. For example, Circle of Life now reduces the cool down on Golden Gun instead of increasing its duration while active. Like Arc Blade, Golden Gun’s damage has also been increased in order to be more competitive in PvE play

One change though that might upset some PvP players is that Tripmine Grenades no longer attaches to targets. Instead, they will bounce off and attach to terrain. The reason for this change was to make Tripmines more of a trap grenade, which is how they were originally designed to be

Nightstalker and the other main classes such as Titans and Warlocks also received some balance changes as well. You can view those right down below or check out the full patch notes which includes some changes to exotic weapons and armor as well, you can do so by visiting Bungie’s official post on the matter right here.

Changes according to Bungie: