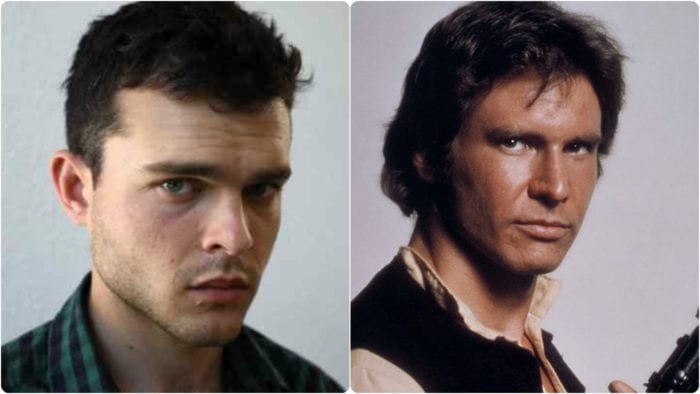 After a rigorous application process, and countless lists of young prospecting actors bringing excitement or disappointment to Star Wars fans across the globe, it looks like we finally have our new Han Solo, and his name is Alden Ehrenreich.

Yes, the man who is going to be donning the scoundrel’s garb and taking up the mantle from Harrison Ford has been found, and he will be taking the lead role in the upcoming anthology movie about the smuggler’s origins. It is as of yet untitled, but it is set to tell the tale of how Han Solo met Chewie and became the smuggler we all know and love.

The movie will be directed by the guys behind the Lego Movie and 21 Jump Street, and written by Star Wars veteran Lawrence Kasdan and his son Jon. Kasdan wrote the screenplay for Raiders of the Lost Ark and Return of the Jedi, so I think we’re in safe hands here.

The Solo spinoff already has a release date of May 25, 2018, so it looks like its going to be an agonizing wait for some more action from everyone’s favourite scoundrel.

Ehrenreich has been putting in solid performances in many of his latest roles, including Beautiful Creatures and Blue Jasmine, but most notably Hail, Caesar!, in which he was particularly praised by critics. He beat out competition like Miles Teller, Dave  Franco, Logan Lerman and many more for the role, and is rumoured to debut as Han Solo for a small cameo in the upcoming Rogue One, which is scheduled to release December 16 this year. Here’s hoping!