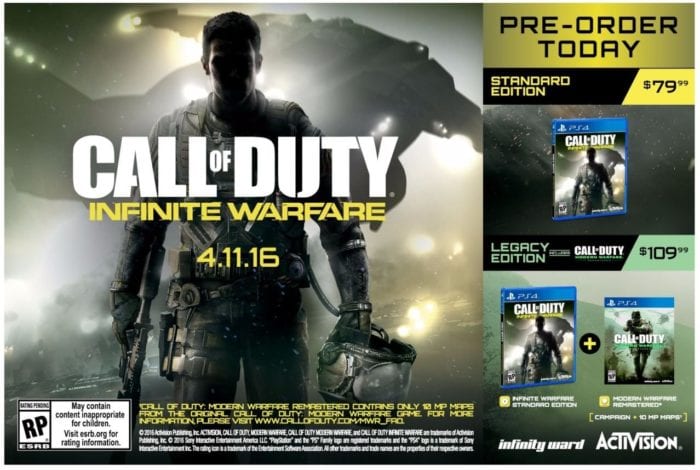 Publisher Activision intends to offer a multiplayer-specific pre-order bonus for those who secure their copy of Call of Duty: Infinite Warfare ahead of launch.

In a Q&A published on the website of Activision, the company responded to the generated question of “What does this code give me access to?” with the answer of “This code is for a future offer. We will email you further details on what this code gives you in the near future.”

Call of Duty: Infinite Warfare was announced just yesterday by publisher Activision, and the company confirmed that a remastered version of Call of Duty: Modern Warfare would be included with the ‘Legacy Edition’ of the game.