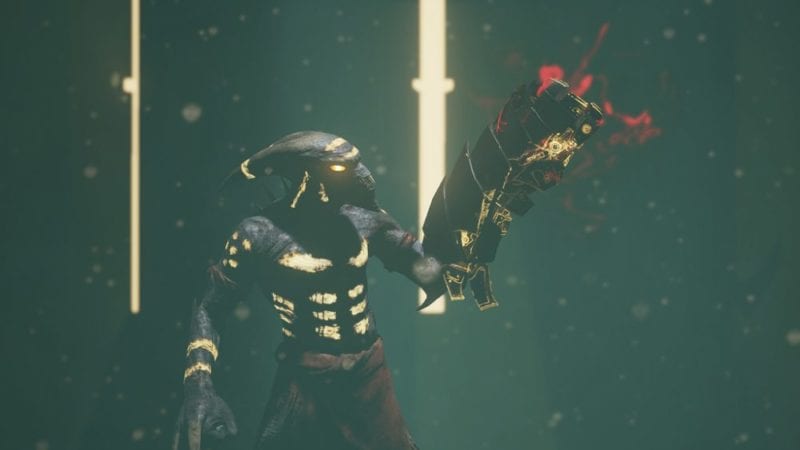 PS4 exclusive, Shadow of the Beast, has finally been given a release date, and it’s set to make May even busier than it already was.

The news comes via a post on PlayStation blog from Matt Birch, CEO and Founder of the studio behind the game, Heavy Spectrum.

In the post, Birch mentions that the game will be releasing in North America and Europe on May 17th, 2016. Birch also went on to detail how the small team at Heavy Spectrum has been getting on. “Our small team has been using their time to the fullest and we’ve made significant changes in the last few months. Fans of the fighting genre will be excited to hear that we’re now targeting 60 frames per second and we’ve fine-tuned the combat experience from top to bottom, honing in on optimal response times.”

He went on to say that the game’s protagonist, Aarbron, has received a bunch of upgrades to the full extent of his abilities. He’s also been equipped with some of the mystic artifacts that Birch claims will “add much more depth to gameplay.”

The game will be available to pre-order soon in the US and Canada on the PlayStation Store. If you do pre-order you’ll net yourself a dynamic theme for the game to get you all hyped up and prepared to leave a trail of gory destruction in your path.

Shadow of the Beast will put players in the role of the beast Aarbron, and will be tasked with exploring ancient lands in search of the evil mage Maletoth. You’ll tear your way through armies, devour the souls of fallen friends to gain powerful enchantments, and collect arcane talismans to augment your skills and master Aarbron’s brutal techniques.

The EU version of the PlayStation blog post also included a bunch of beautiful screenshots for the game which you can check out here.

With Shadow of the Beast releasing in May, it’ll have to go up against the likes of Uncharted 4, Mirror’s Edge: Catalyst, Doom, Homefront: The Revolution, and Overwatch.

Will you be picking up Shadow of the Beast during the hectic month of May? Let us know in the comments below.