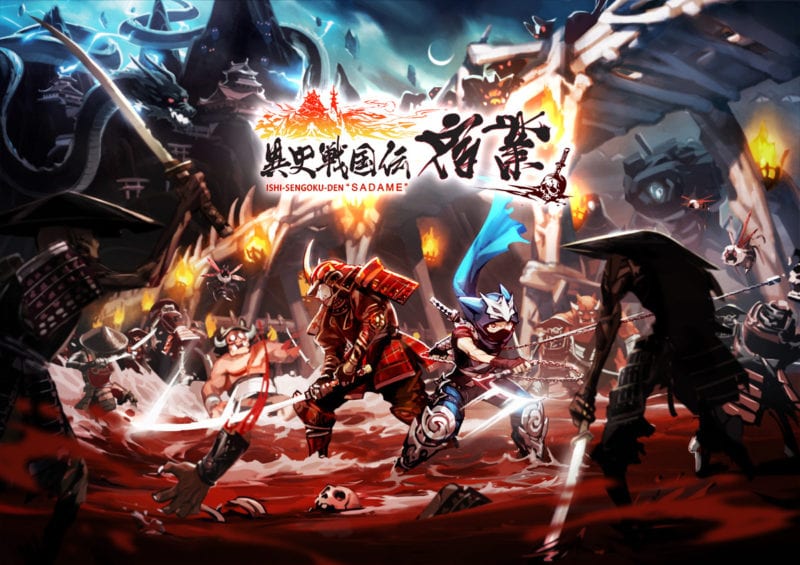 Rising Star Games has announced that they will be publishing the action-RPG title Ishi-Sengoku-Den “SADAME” on Feb 25 in both North America and Europe, exclusively for the Nintendo 3DS eShop.

On Rising Star Games’ website, they revealed that Ishi-Sengoku-Den “SADAME” will see players cutting through armies of demons during the warring state period in ancient Japan.

There will be four characters to choose from, and each of them will play differently. The monk for example uses spells while the ninja uses ranged attacks. Along with the four characters, Ishi-Sengoku-Den also features RPG elements such as “new abilities, levelling up, equipment upgrades via enemy loot drops and a massive skill tree to unlock.” Sengoku will also includes multiple difficulty levels and twenty boss fights.

The Managing Director of Rising Star Games Martin Defries said that: “Sadame’s release is the perfect example of what we’ve always done well: bringing great Japanese games to the west so that more people can enjoy them.” He also added that “It’s the perfect balance of both action and RPG, making it ideal for players looking to try something exciting and new on their Nintendo 3DS system”