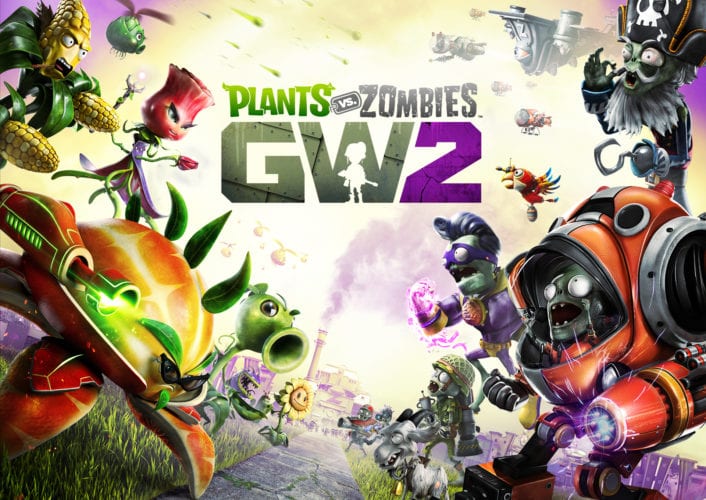 Plants vs. Zombies: Garden Warfare 2 on Xbox One

The original Plants vs. Zombies: Garden Warfare was nothing short of a fantastic surprise. A game that could’ve easily translated as a joke, with its huge explosions delivered by adorable plants, ended up being one of the best shooting experiences of the early generation. The class-based shooter, based on a tower defense mobile game, worked wonders, and the folks at PopCap Games struck that proverbial lightning one more time in PvZ: Garden Warfare 2.

If you’re new to the war party, let us set the scene for you. The Plants are the defenders of the world, or at least its gardens. They are our last hope when it comes to stopping the evil Zombies from treading over our luscious green grass and eating Dave, who happens to always be in the middle of some taco dinner. For eons the lively foliage has pushed back the advances of the living dead, until now. Using futuristic technology, the Zombies have turned the tides of war to their favor and the Plants are on the offensive for the first time. What was originally an endless defense mission has now become the second great Garden War.

Garden Warfare 2 begins with a quick tutorial that sends you to infiltrate the newly christened Zomburbia as an adorable little Sunflower. The brisk introduction soon ends, bringing you to the huge, iron gate of the Backyard Battleground. This is the first new addition to the series, and definitely the biggest.

The Backyard Battleground serves as your hub for all things Garden Warfare 2. You can access multiplayer and Garden Ops, select and customize your unlocked characters, purchase sticker packs, and perform all of the other things normally relegated to a menu screen. Far more than a settings page, though, the Backyard is a living world.

On either side of the yard are two massive bases for the Plants and the Zombies; trying to infiltrate them will summon their mightiest heroes. In between these points is an ongoing war that you can either ignore or step into. Sitting back and watching hordes of Zombies and Plants eviscerate each other is just as fun as jumping in and doing the dirty work yourself. Garden Warfare 2’s Backyard Battleground also hosts of slew of secrets and explorable areas. There’s docks, parks, sewers, caves, and more for players to search, each housing rewards for those with a keen eye.

After gawking at this open world for a few hours, I was finally able to get around to the second biggest addition that Garden Warfare 2 introduces: the campaign. While the previous game focused on the tower defense aspect of the original mobile games, although with a third-person shooter flair, Garden Warfare 2 has an actual narrative, and even better, there’s a story for each allegiance.

You’ll get to recruit legendary warriors as you travel between dimensions, readying your side for the inevitable battle between mortal enemies. Gameplay within the story is a combination of the several different modes you can play with others, as well as huge battles that let you strut yourself against hordes of enemies. There is no voice acting in the story, at least not in a language players would understand, but the writing is often times hilarious, and response options are equally entertaining.

Garden Warfare 2 pokes a bit of fun at games that take their binary choices seriously. On one occasion, my character was asked whether or not they were a spy, and I could either say that I was, or that I really was. Playing as the Zombies brought even more laughs. Somehow, the developers nailed the difference between “braiiins” and “bbbrrraaaaains.” These small moments, though inconsequential, fuel the game’s lively spirit.

It is the multiplayer, though, that made up the bulk of the first game, and is what most likely will get players hooked and ready to jump into Garden Warfare 2. Rest assured that multiplayer is not only still great, but manages to be even better thanks to the inclusion of new ways to play. This is largely due to new modes and six new characters that add a considerable amount of variety to the class-based combat.

Rose uses mystical abilities to transform enemies into goats or hoist them in the air while stripping them of their powers. Kernel Korn is a ballistics expert who uses air strikes, missiles, and over-the-top shooting maneuvers. Super Brains is a classic super hero – plasma punches, shoots beams from his hands, jumps really high, and has one seriously powerful flying kick.

Picking the perfect team combination in order to dominate out in the field now yields a bit more depth. Do you stock up on healers and pick some brutes to help you charge through? Do you use the new magical abilities and supplement those with ranged forces? Do you just choose all chompers and see who can eat the most people? There are a ton of options, and it’s possible to make them all work as you move together as a team.

You can also enjoy the content without an internet connection, as every mode can be played solo against AI. Players will still earn experience and coins to spend towards their collection, and there are even Crazy Settings such as no gravity and super speed to amp up encounters. Never barred from a single part of the experience, players are put first in all aspects.

As you can probably tell by now, Garden Warfare 2 has a lot of good going for it. The studio has taken the great foundation laid out by the previous game and built something magnificent upon it. Not to mention, with free content updates planned for the future, it’s only going to get bigger. PopCap Games didn’t just recapture their old thunder, they magnified it to Zeus-like proportions. The quirky series from three years ago has managed to become a masterclass example in value.