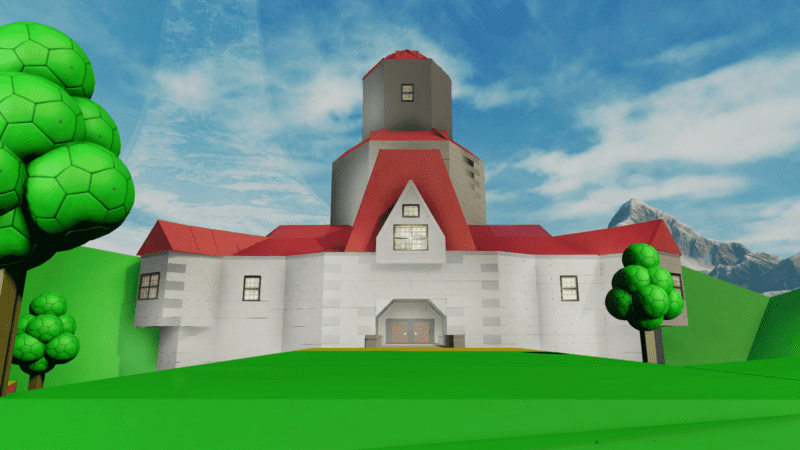 There were at least a few people that bought Halo 5: Guardians for Xbox One, played the game, and then thought to themselves, “Gee, I wish I could engage in futuristic space-firefights on that lawn in front of Princess Peach’s Castle.” Fortunately for the world, you can now do just that.

Xbox UK Community Manager Bear Parker, also known by Gamertag Bearskopff, used Halo 5’s Forge Mode to create an entire stage that is a near-exact replica of the iconic beginning of Super Mario 64. Back in 1996, players were introduced to the 3-D Mario world with a lawn in front of a grand castle belonging to the one and only Princess Peach. Since then, players have spent hours running up and down the lawn, probably climbing the trees and somersaulting off of them. Now, it can be your battleground.

The Halo 5 recreation of the area keeps the trees, the castle, the bridge, and even the castle’s moat. The object limitation did prevent Parker from adding the waterfall and beach many people will remember being in the old Nintendo game. Halo 5’s Forge Mode let’s you place a maximum of 1024 objects in a single level, and the entire area totaled out to a close 1023 objects. For a better idea of how much work this was, Peach’s Castle itself was assembled with approximately 800 objects. The Parker’s patience really paid off, though.

Naturally, players will be spawning from the pipe, as Mario did way back in ’96, except with less firearms at his disposal. At least as far as we know; Mario could have been armed to the teeth for all we know. Nevertheless, this stage is an extremely impressive feat, and it’s just one of the many amazing levels being created all the time in Halo 5: Guardians.

You can download the level and see it for yourself by searching for it in Halo 5: Guardians for the Xbox One through the Bear Parker’s Xbox Live Gamertag: Bearskopff

Have you made any awesome levels in Forge Mode? What are some of your favorite levels made with Forge Mode? Feel free to share and sound off in the comments below!