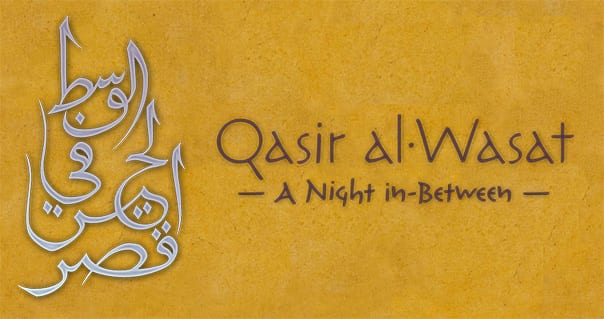 Every now and then, from the multitude of indie games that we review, a true gem emerges. Qasir al-Wasat, a stealth action game set within the mysterious realm of a 12th century Syrian palace, certainly fits the bill. The game places players in control of the otherworldly Subtle, a spirit being summoned forth by a sorcerer to fulfill a deadly contract before being released back to his own realm, in a journey filled with intrigue, curiosity, and a compelling questions.

Qasir al-Wasat opens as Subtle is drawn from his own realm by a rare summoning spell. Intrigued, and wishing for a chance to learn to pry open the gates between worlds himself, Subtle answers the sorcerer’s call, and soon finds himself bound by a strict contract. The terms are relatively simple; three men within the palace, each in possession of a powerful relic, must die. While the contract remains, Subtle is unable to die, return to his own realm, or act in any way against the one who called him forth.

After this introduction, Qasir al-Wasat allows players relatively free reign to explore. Subtle, being a spirit being, is blessed with some gifts to make this easier, not the least of which is the fact that he’s essentially invisible. Stealth movement and patience make passing by nearly any of the palace’s many guards a relatively simple task, and those who can’t be avoided are relatively easily dispatched with the creature’s sharp claws or, if available, deadly poison.

Combat in Qasir al-Wasat is essentially non-existent. Both Subtle and his prey fall at a single blow, making any encounter a one-swing affair. Players still must face a price to pay for wanton killing however, as slaughtering enemies will leave Subtle covered in their blood, making him more and more visible to others. Finding poisons along the way will allow single-use clean kills, so a wise strategic approach has some distinct advantages.

The core of Qasir al-Wasat is, of course, finding your way through the palace to locate the three targets you’re after and ensure their demise. Along the way though, the motivations of the sorcerer who rules over the palace come into question, and Subtle’s own desire to learn more about both this strangely enchanted place, and a means to move freely between the human and spirit worlds, fills in a well-written story.

The overall design of Qasir al-Wasat is good, and the stealth mechanics add depth, which is missing in a lot of straightforward action games. Complex puzzles along the way, and the bizarre architecture of the palace itself, create an interesting world that draws from antiquity to craft something unique. Throw in the curious and introspective protagonist, and suddenly you’ve got something that shines.

One issue with Qasir al-Wasat’s overall gameplay is that some sections do feel a bit repetitive. Much of this, though, comes from a general lack of hand-holding, as the game trusts players to find their own paths and solutions through the palace and its puzzles. I felt a bit lost more than once, but never so completely hopeless as to give up on trying to push forward.

Solidifying the game’s overall greatness is Qasir al-Wasat’s surprisingly rich lore. The palace and many of its inhabitants hold curious pieces to a complex world, and the underlying themes and story roots create an engrossing place that’s worth exploring. For anyone interested in a stealth action title, or simply something different with a great core, Qasir al-Wasat is certainly gets a recommendation from me.