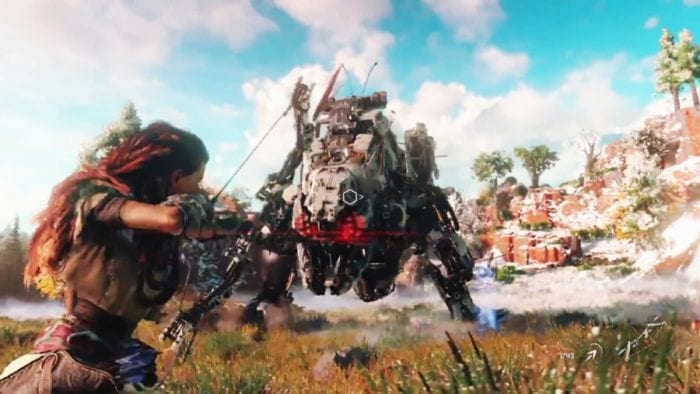 Officially announced at E3 2015, Horizon: Zero Dawn is a beautiful post-apocalyptic open world game which features giant robot dinosaurs and a vast land to explore. Whenever a new open world game is in development, many fans want to know exactly how big it will be.

In an interview with IGNLATAM, the game’s Executive Producer Mark Norris discussed the game’s open world.

“I think it’s always interesting when we talk about an open world, [many] wonder how big the map is. I think one of the things you should ask is how dense the population of that map is, what activities will be [like] or if it will [be] a map where you [have to] run where there is absolutely nothing.

“We are really seeing the quality of the content that will be on the map, the number of secondary missions, how we want to shape the main story over the world map and feel full. We do not have a size that we can give, but I can say that we have done an analysis of other games and I think we have achieved something that will be good for Horizon,”

It is fair to say that a bigger map doesn’t always mean the game will be better. A huge map with nothing in it is a lot less appealing than a smaller map filled with things to do.

Horizon: Zero Dawn is due to be released exclusively on the PlayStation 4 sometime this year.