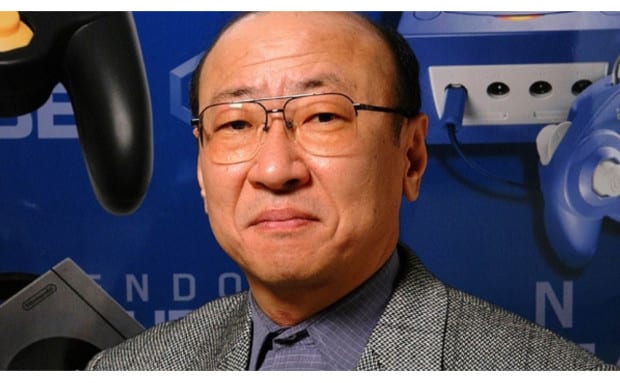 With the unfortunate passing of the late Nintendo President Satoru Iwata, the role was given to Tatsumi Kimishima. Kimishima has been with the company for many years, and was president of Nintendo of America from 2002-2006 until Reggie Fils-Aime took his place.

In a new interview with Time Magazine today, Kimishima talked about the future of Nintendo and what the company hopes to accomplish while touching on topics like the new codename “NX” system and amiibo.

Kimishima started on the topic of mobile games, saying that smart devices were a small part of a bigger puzzle. Kimishima told Time that Nintendo doesn’t want to just blindly port its IPs onto mobile devices,

Kimishima adds that making the new “Nintendo Account” and “My Nintendo” systems work well with mobile is of the utmost importance. He admits the company hasn’t done a great job of telling people what Miitomo – Nintendo’s first mobile game – really is, but believes that the game will make people want to interact with their friends.

Kimishima insisted that dedicated game platforms are still Nintendo’s priority, and gave a few words on the NX. He tells Time that the new system will be different and a new experience for players. He likens the difficulty of explaining NX, to how difficult it is to really tell someone the difference between the Wii and Wii U hardware, but wants to make sure people know it’s something completely new.

“That being said, I can assure you we’re not building the next version of Wii or Wii U. It’s something unique and different. It’s something where we have to move away from those platforms in order to make it something that will appeal to our consumer base.”

It also turns out that Kimishima has no idea where the NX codename came from, and it seemingly doesn’t hold any real meaning, adding that perhaps Iwata meant to tell him and just never got around to it.

Kimishima touches on a few other things in the interview, including the fact that amiibo aren’t being utilized the way that Nintendo originally intended. The company wanted amiibo to be connected to software, and for people to see how their friends used the figures to interact with games and want to do the same thing. Instead, people are using amiibo as a sort of collector piece. There will be more of a push to make that connection between amiibo and software in the future and enhance the experience according to Kimishima.

The interview ends with Kimishima touching on his role as president at Nintendo. He points out that all the initiatives he’s discussed are his responsibility and his duty to see out, saying that he’s more than just a one-year president for the company. You can read Tatsumi Kimishima’s full interview with Time here.

What do you think about Kimishima’s comments on Nintendo’s intentions? What do you think the NX will be, and where would you like to see Nintendo go from here? Let us know down in the comments.