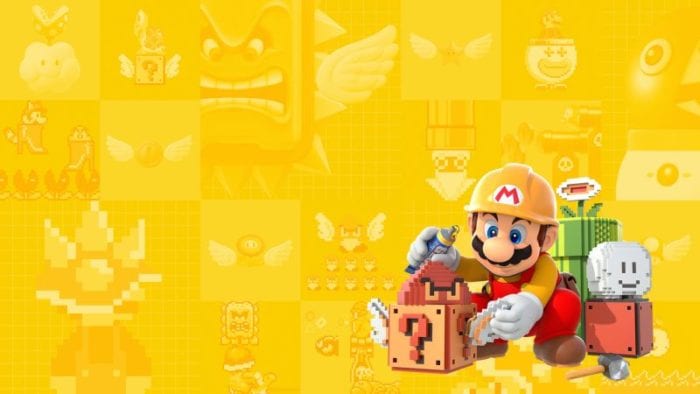 Super Mario Maker has already gotten some pretty sweet updates, with the last one back in October bringing to the game mid-level checkpoints, Course World categories, Munchers, and then some. Now the latest update will be one based off of NES Remix.

In case you have forgotten what NES Remix is, it’s a title that released back on the Wii U in December 2013, where you play mini versions of levels from some of the more well-known NES titles such as Mario Bros., The Legend of Zelda, Donkey Kong, Excitebike, Super Mario Bros., and more. The levels are redesigned and shortened, adding new challenges, and more. It’s a pretty fun game! There is now a special NES Remix event that has been added to Super Mario Maker, and upon completing the special level, you get rewarded with the Frog Mario costume from Super Mario Bros. 3. You can watch this trailer here, to see the Frog Mario costume in action!

Here is an overview of the NES Remix level:

Become the world’s greatest NES master! In the NES Remix series, a variety of classic Nintendo Entertainment System games are given a new lease on life. This course gives you a taste of the Remix Stages from that series, where you can play old games with a new twist! Enjoy rushing ahead with a Super Star or experiencing a course in reverse!

What do you think of this latest addition to Super Mario Maker? What other updates would you like to see come to the game? Sound off in the comments below, and let’s get a discussion going!