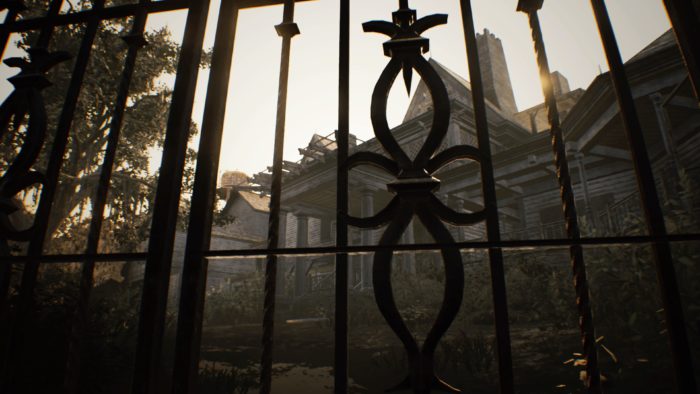 all resident evil games you can play

The Resident Evil series has been around since 1996 when the first ever game was released on the PlayStation. It helped to define the survival-horror genre and make it a mainstay in the industry, with many other series seeking to capture the same essence that made an instant classic.

Since then, the series has seen a lot of changes. There have still been survival-horror entries every now and then, but we’ve seen rail shooters, mobile games, third-person shooters, co-op experiences, and more. The series has even branched out to provide movies (live action and animated), books, and toys. After a long time of moving closer to the action side of things, Capcom decided to bring back to its roots with the recently released  7: Biohazard. here’s a list of all resident evil games

For the first time, players experience a numbered entry in the first-person view as they explore a creepy house inhabited by a murderous family. You’re not a trained soldier or member of law enforcement either. Just a man looking for his wife. Resident Evil 7 brings all the horror and ambiance fans of the originals will undoubtedly remember, and introduces some of the most memorable enemies in the series (Jack Baker anyone?). It’s different, with a much slower approach, but all the puzzles, resource management, and dark mystery are present and accounted for.

those are all the resident evil games, enjoy!

The game that started it all and kicked off a franchise is a must play if you're into any type of horror. It's been remade several times, so you can play on PS1, PC, Sega Saturn, DS, GameCube, Wii, PS3, PS4, 360, or the Xbox One. There's no excuse to miss this one.

Resident Evil 2 keeps up the horror while giving players two points of view to play through, It's considered one of the best in the series as it revolves around Raccoon City, a location that will echo throughout the franchise.

Nemesis introduced a terrifying, unstoppable enemy that would pop up at the worst possible time, adding a lot more horror to the surviving side of things.

This PS1 and PC entry takes the story and turns it into a light gun shooter placed after the events of Resident Evil 3: Nemesis. You manage to crash on a nearby island and lose your memory, leaving you to fight through hordes of the living dead.

Code: Veronica plays a lot like the older games. You take control of Claire Redfield once again, only this time she's on her own. It upgrades the experience to utilize real 3D environments as well as camera control, but that doesn't decrease the terror.

Resident Evil Gaiden is a Game Boy Color game that changes up the formula quite a bit. You explore in a top down area, then fight in first person as you have to press a button when a quickly moving line moves across a bar between enemies.

This sequel plays just like the first game, but is set within the Code: Veronica story arc. You'll take control of either Claire Redfield or Steve Burnside as you try to escape Rockfort Island or push your luck against endless hordes of zombies.

Resident Evil Zero brings the series back to its roots, way back. It takes place before the events of the first entry in the series, and puts players in control of two different characters that they can switch between. Players have to employ a certain strategy in order to balance the abilities of the two.

Dead Aim is yet another light gun shooter in the series for the PS2. Taking place several years after the "Raccoon City Incident," you'll have to help clean up another Umbrella Corporation mess.

Resident Evil Outbreak was Capcom's first attempt at multiplayer for the franchise. Players could experience the five scenarios in the game cooperatively with another person over a broadband connection, and could even create their own scenarios. While the online is dead now, you can still experience a different flavor of Resident Evil in this PS2 title.

Outbreak 2 plays much like its predecessor, although it had many more options on the multiplayer side of things, including lobbies, events, and more options for custom play.

Resident Evil 4 was a huge turning point for the series, pushing the main, numbered entries into more of an action experience while also trading in typical zombies and infected for monsters that grew to be a bit more unique and exotic. Some would argue that it's the best in the series, and you can check that out for yourself since the game released on many platforms, including current gen.

This is actually a port of the first game that had a bunch of extra features thrown in to support the Nintendo DS hardware, such as new puzzles, events, and the ability to play with even more enemies (why you would want that, nobody knows). It also used mechanics from Resident Evil 3 and 4 to update the experience.

This rail shooter released on the Wii and PS3 in 2007 and 2012, respectively. It features stages and events based off of Resident Evil Zero, 1, and 3, as well as new events that follow Chris Redfield and Jill Valentine through Russia.

Resident Evil 5 released on PS3, PS4, 360, Xbox One, and PC. It further pushed the more action-oriented gameplay of RE4, and gave you a partner as well, although this one could actually fight. If you ever hear anyone asking about the game where Chris punches a boulder, this is the one.

The Darkside Chronicles is very similar to the Umbrella Chronicles. It follows events from the second game and Code: Veronica as well as brand new storylines that expand the story.

This iOS game (sorry Android users) is a bit confusing. The characters are from Resident Evil 5, but the enemies and world appear to be from 4. It has 2v2 team deathmatch and free for all battles, or can be played solo. Enjoy defeating monsters and other mercenaries in this mobile, third-person shooter.

The better Mercenaries game of the year, this Nintendo 3DS title pulled the popular mode from the fourth and fifth entries in the series, as players cleared waves of enemies within time limits for that coveted high score. It's not big on the whole survival-horror aspect, but it sure is fun.

Revelations and its sequel might just be among the best spin-offs the franchise has ever seen, with the first game sitting above even some of the main entries. It has a strong focus on survival, exploration, and hiding from monstrosities. There's also a Raid Mode you can tackle in multiplayer that dials up the action but is still plenty scary. This entry can be played on the 3DS, PC, PS3, 360, and Wii U.

This PS3, 360, and PC title is not a very good game. It does, however, give you the chance to see things from the other side of the fence. It turns out that Umbrella sucks no matter whose eyes you're looking through.

Resident Evil 6 is a very different game from its predecessors. It dials the action up to 11, with very few segments actually feeling like survival horror (Chris Redfield chapters feel like you're caught in a stiff Call of Duty). However, the multiple protagonists and their different episodes do make for an interesting story. If you really want to try this out, it's available on current and last gen consoles as well as PC.

Revelations 2 brings the followup experience to current gen as well as the Vita, but skips over Nintendo's platforms. It's set between the fifth and sixth entries, but keeps the tone and gameplay style of its predecessor.

Yet another attempt at showing things from Umbrella's side. This game had fans excited before release thanks to its heavy customization and tactical shooting, but it's full of bugs and other issues. Still, if you just have to play every Resident Evil game ever made, you can find this one on PC and PS4.

The latest release in the series takes the franchise back to its roots. Slow, horrifying gameplay, a constant threat, the need to preserve ammo and other resources, as well as some of the best ambiance in video games make Resident Evil 7 one of the most terrifying entries in the series and a must play for anyone with a current gen console or PC.
Comments
Continue Reading
Related Topics:All, games, Guide, list, resident evil