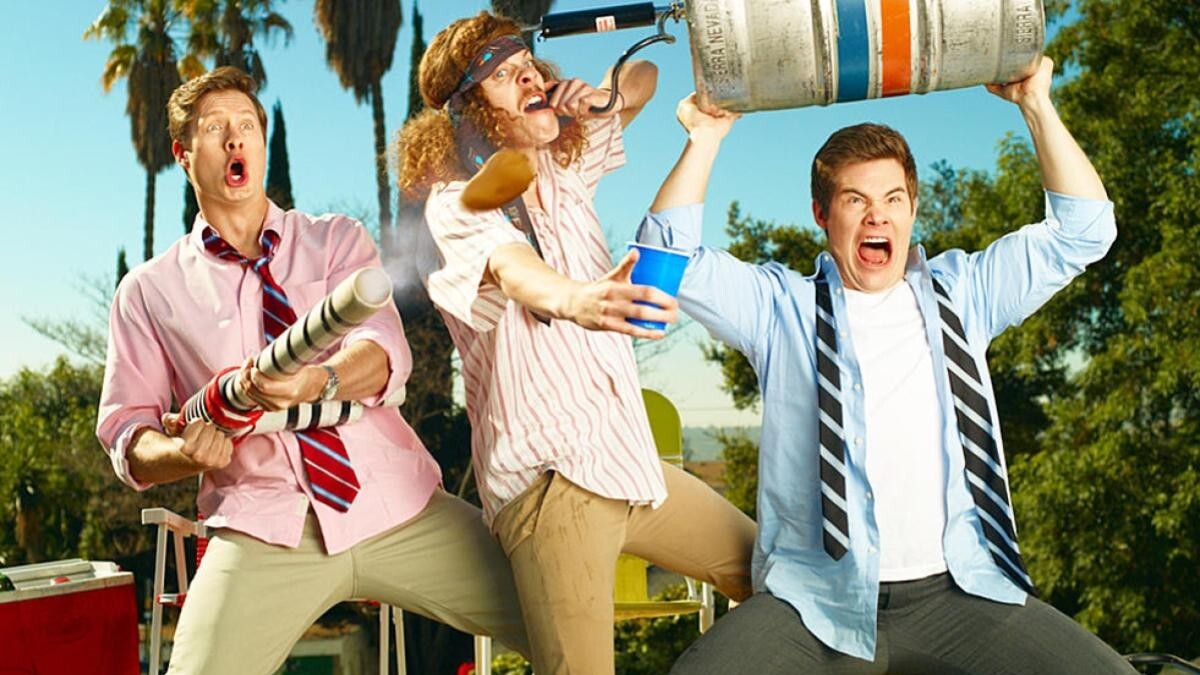 There’s some bad news for all the Workaholics fans out there, as it looks like Paramount+ has officially canceled the Workaholics movie five weeks before filming was planned to begin. Series star and executive producer Adam Devine shared the news on his Instagram page, detailing that they’d have more information on the specifics on their podcast tomorrow.

Devine says in the post that they’re talking to other streamers, so there’s still hope that the movie will be made and there will be one last adventure with Adam, Blake, and Anders. The movie was going to have the original cast and would’ve taken a look at what it was like to work during the pandemic, and the plan was to use the film as a jump-off point for a sequel series with a new cast.

Workaholics was a sitcom about the adventures of three college dropout friends, housemates, and co-workers at a telemarketing company in Rancho Cucamonga, California. The guys spend their days trying to work as less as possible while getting as high as they can.

The show had mixed reviews when it came out, but with each year, it kept getting better, and as of today, the show has a critics’ 86% rating and an audience’s 82% rating on Rotten Tomatoes.

Workaholics was the show that made Hollywood aware of this crew of actor-writers, who, since then, have found work in both TV and cinema, mainly as supporting players, playing characters who have a funny bone or two.