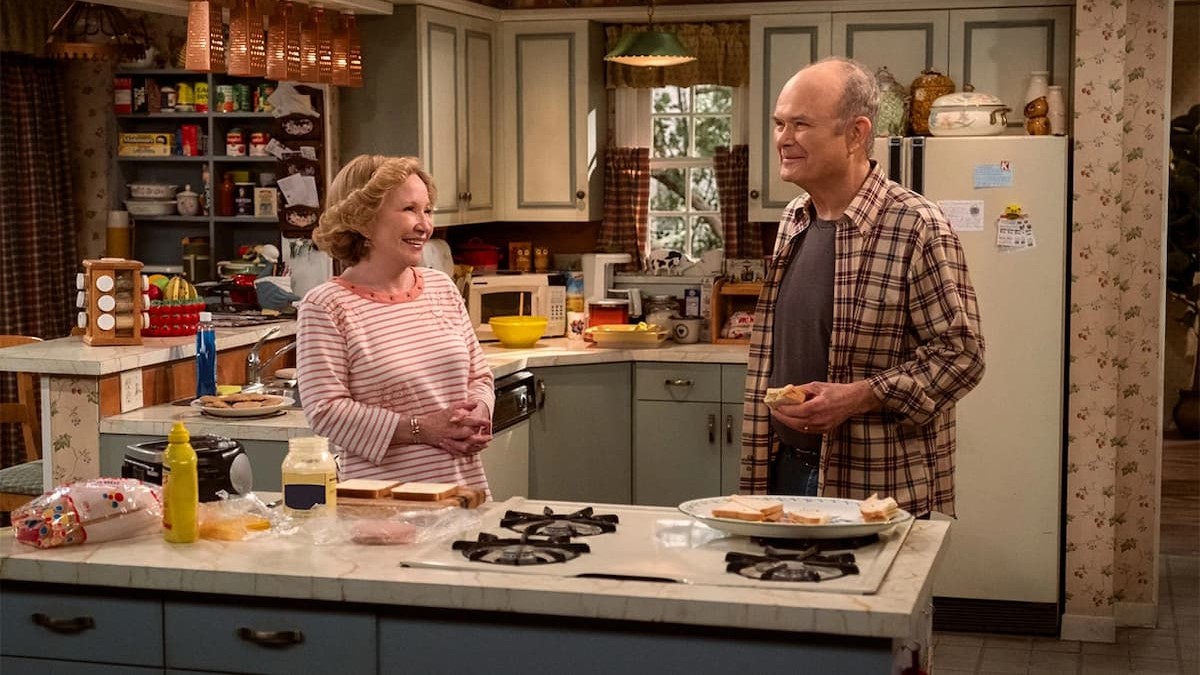 That ’70s Show was a smash hit during its original run from 1998 until 2006, and Netflix is looking to recapture some of the same magic with a spinoff called That ’90s Show. So far, we’re off to a good start, but despite the title, you may not know exactly when it is set. So, when does That ’90s Show take place specifically?

What Year Is That ’90s Show Set In? Answered

Season 1 currently takes place in 1995, and everything from the technology, dialogue, and even shows present on T.V. support this — including references to Clerks, Free Willy, and the Menendez brothers. The fashion is another clear indicator: it doesn’t have the quite the tie-die pop from the start of the decade, and not nearly enough frosted tips to resemble the late 90s.

The final clue? Nate (Maxwell Acee Donovan) can be seen wearing a Green Bay Packers Starter jersey bearing the number 30. This is clearly in honor of William Henderson, who sported that number during his first few seasons with the team, from 1995 to 1997.

More specifically, That ’90s Show takes place in the summer of 1995, and it follows Leia, the teenage daughter of Eric (Topher Grace) and Donna (Laura Prepon), who spends the summer with her grandparents (Kurtwood Smith and Debra Jo Rupp) in Point Place.

When Will Future Seasons of That ’90s Show Take Place?

The creators of the show confirmed that it will always take place in the summer, and with this in mind, it’s fair to assume that the next season will fast forward to 1996. Of course, they could always decide to throw a curve ball at the audience, but it’s likely That ’90s Show will have a natural progression of time with its characters.

Currently it is cashing in on its nostalgic factor, and audiences are enjoying the new but familiar direction of the spinoff. And with that, you’ve got your answer to when does That ’90s Show takes place. For more information about the series, stay tuned to Twinfinite.