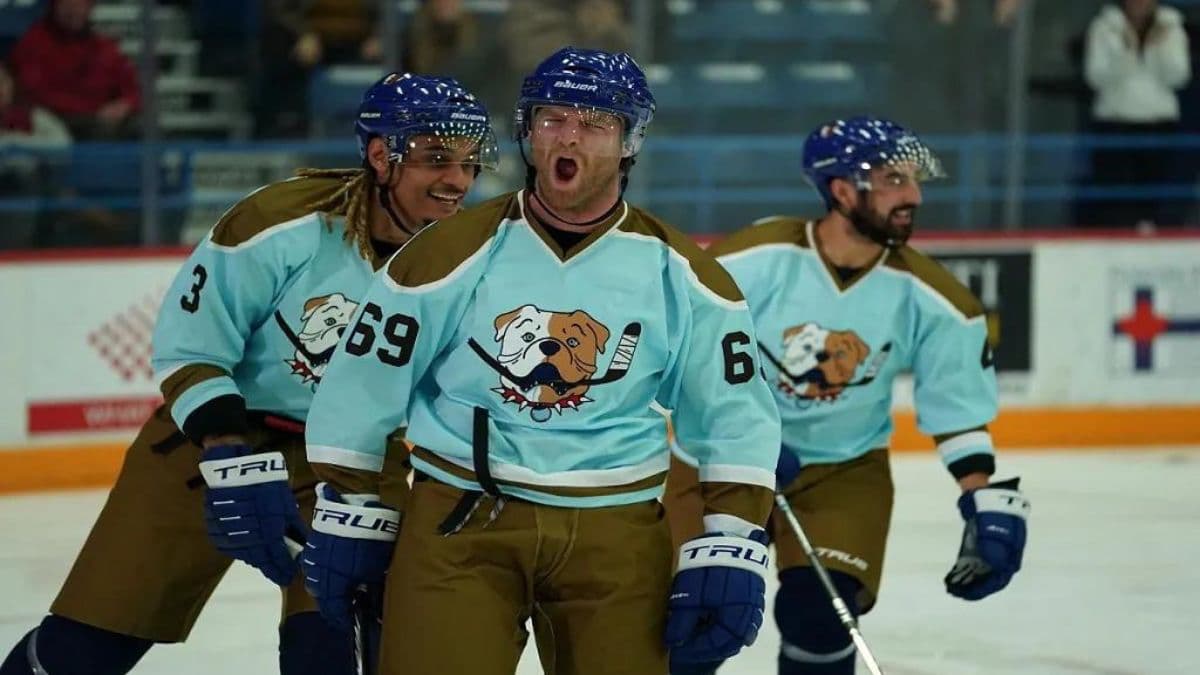 Letterkenny debuted in 2016 and caught the attention of many viewers for its focus on a small rural town named after the same place in Ireland. One character in particular, Shoresy, managed to get a proper spinoff, and after a successful first season premiere last year, season two is hot on its heels.

In a short video, The Sports Network host, Jay Onrait, breaks the news that the Sudbury Blueberry Bulldogs will be returning very soon, as the team looks to continue their journey of never losing again. The show will once again return to Crave and Hulu when it debuts, although no date has been set in stone.

Shoresy follows the character of the same name from the main series Letterkenny, who decides to leave the small town for Sudbury. A series of events and an insanely long losing streak later, Shoresy makes a bet with the general manager of Sudbury’s hockey team, the Sudbury Blueberry Bulldogs, that the team will never lose again, provided he can take control of the hockey team’s operations. Expect plenty of hijinks, foul-mouth jokes, and shenanigans as Shoresy does his best to turn around the misfortunate the Bulldogs face.

No premiere date has been announced, as production is set to commence later this year. However, fans of Shoresy and his exploits can expect to see the return of many of the show’s powerhouse ensemble cast, as well as plenty of hockey legends.