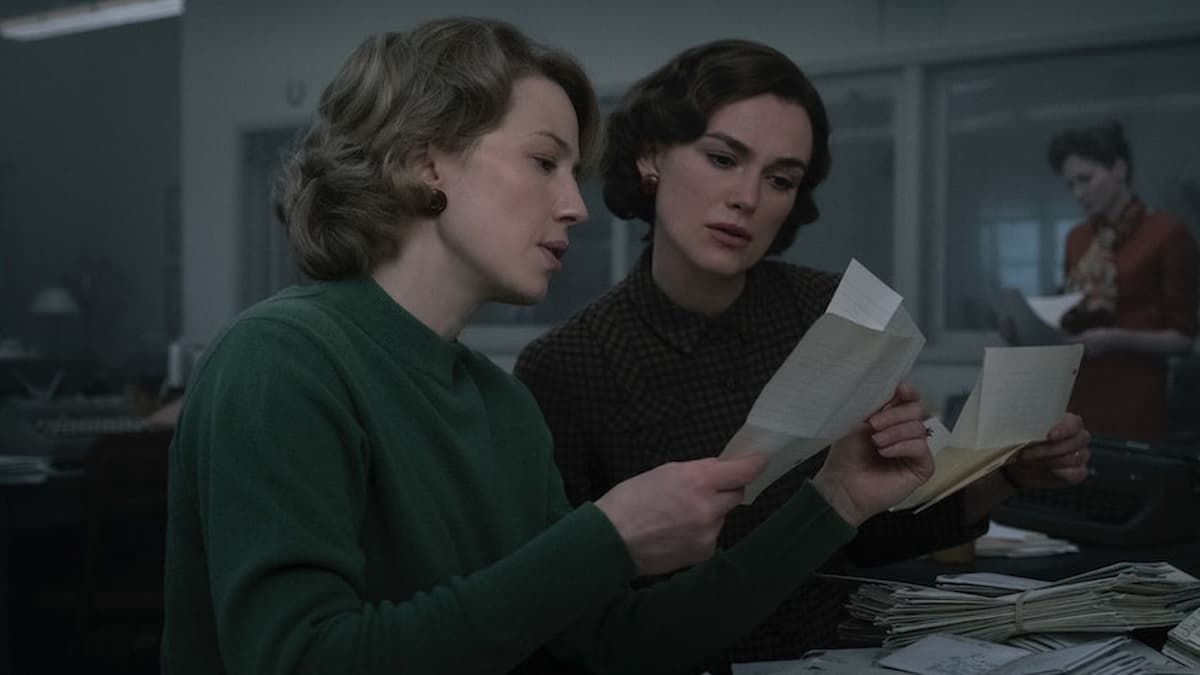 Keira Knightley is going to be starring in a new thriller titled Boston Strangler. As the title suggests, the film will be about the Boston Strangler case, with Knightley playing the role of Loretta McLaughlin, a journalist attempting to identify the killer. Alongside Knightley, Carrie Coon will play fellow journalist Jean Cole of the publication Record-American.

As the Empire exclusive first look indicates, the film will focus on Loretta and Jean putting their own lives on the line to identify this serial killer that’s causing terror all around Boston. It’ll also focus on the unchecked sexism of the newsroom in 1960s Boston.

Boston Strangler is being directed by born and raised Bostonian, Matt Ruskin who is known most recently for producing the 2017 film Crown Heights. In his conversation with Empire, Ruskin mentioned how he had always heard about the Boston Strangler case growing up in Boston. However, it wasn’t until he genuinely started reading into the case that he began to see the possibility of a gripping narrative begin to appear.

The journalistic side of the film will also have an heir of authenticity thanks to Ruskin’s personal connections. While researching the film, Ruskin discovered that one of his old friends is a granddaughter of Jean Cole. Through this connection, he was able to hear numerous first-hand stories about Jean’s work on this case and her treatment at the Record-American newspaper.

Boston Strangler is set to launch exclusively on Hulu in the US starting Mar. 17, 2023. People in the UK will be able to catch it on the same day only on Disney+.