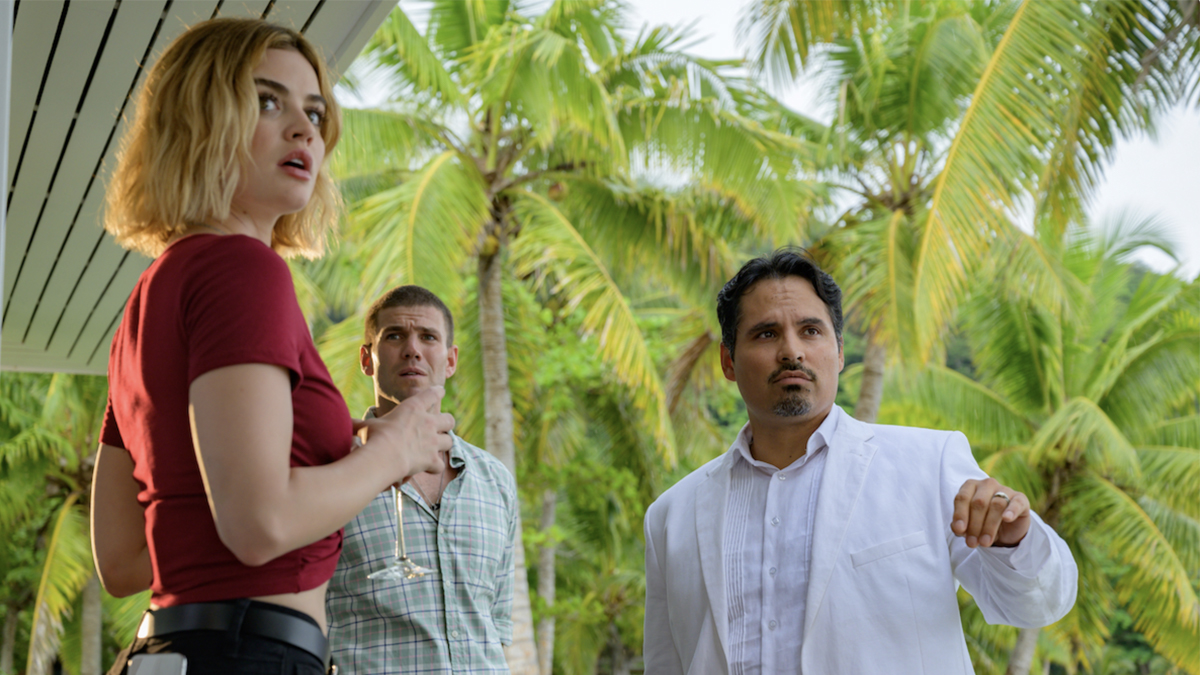 As the winter is getting colder and people are fully back to work, two tendencies have appeared in their watching habits. Viewers are turning their attention to movies where people are in paradisiacal islands, like Couples Retreat, and films where a great experience turns sinister, like The Menu.

That might be the reason a film that mixes both is climbing spots fast on Hulu’s Top 10 (per Flix Patrol), as Fantasy Island finds itself at the number seven spot on the list currently. This horror film about the darkest parts of wishes is a success in the United States, but also worldwide as in the Top 3 in places as different as Denmark, New Zealand, and Jamaica.

Fantasy Island, also known as Blumhouse’s Fantasy Island, is a supernatural horror film where a group of contest winners arrive at an island hotel and get to live their dream fantasies until they turn into horrific living nightmares trying to kill them.

This scary idea was a box office success, as it earned $49 million worldwide against a production budget of seven million. The film didn’t do as well with critics or audiences after its run in cinemas, as it has an 8% critics rating on Rotten Tomatoes and a 48% audience score.

You can watch Fantasy Island for yourself now on Hulu, Amazon, and iTunes.