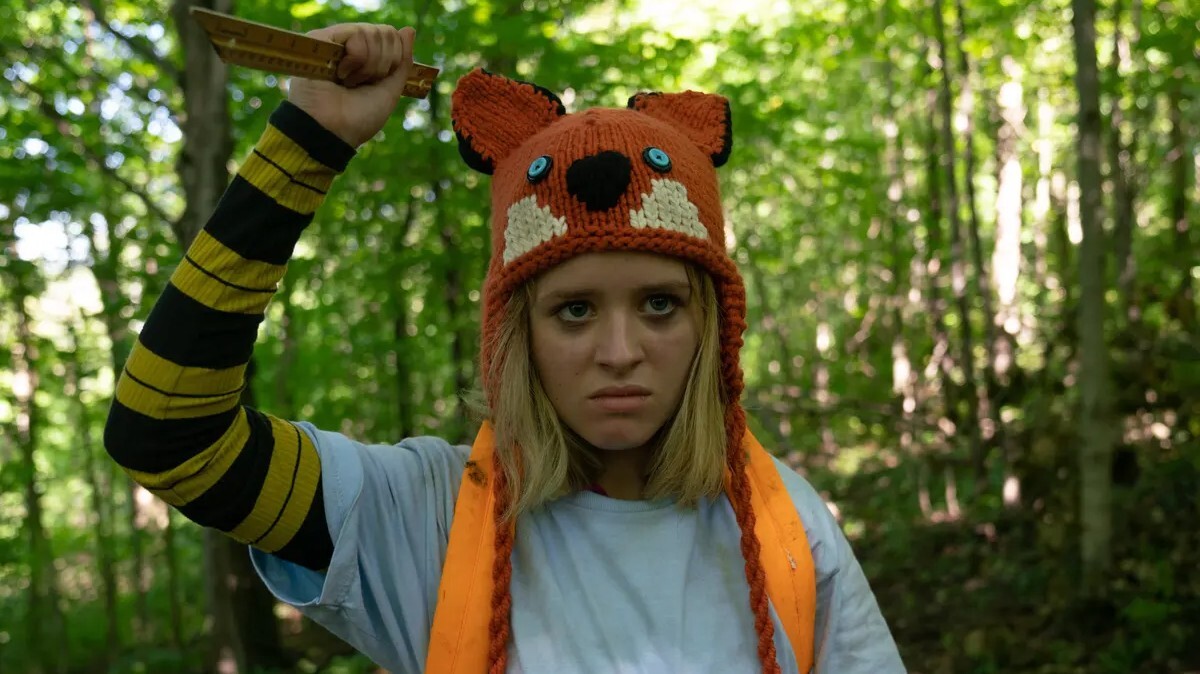 Becky fans, we have some good news and some very good news for you: not only is there going to be a sequel to your favorite 2020 gory thriller called The Wrath of Becky, but there’s already a first image, and it’s a promising one.

The Wrath of Becky will continue the story of Becky (Lulu Wilson), and after seeing the first image released, it’s seemingly going to be an even bloodier affair than the first film.

Other than this chill-inducing image, there’s still not much known about the film. What is for sure is that the blood in the picture is not hers.

The synopsis for The Wrath of Becky is: “After living off the grid for two years, Becky finds herself going toe to toe against Darryl, the leader of a fascist organization, on the eve of an organized attack.”.

Becky was a surprising number one at the box office when it was released (although it was during the pandemic when going to the cinemas wasn’t encouraged). It also received pretty good reviews from critics on Rotten Tomatoes, earning a 72 percent rating. Unfortunately, audiences didn’t feel the same as it only managed to net a 57 percent audience score.

The Wrath of Becky is co-written and co-directed by Matt Angel (Hypnotic) and Suzanne Coote (Open House) and stars Lulu Wilson (Becky) and Seann William Scott (American Pie). The movie will premiere at this year’s SXSW Film Festival.