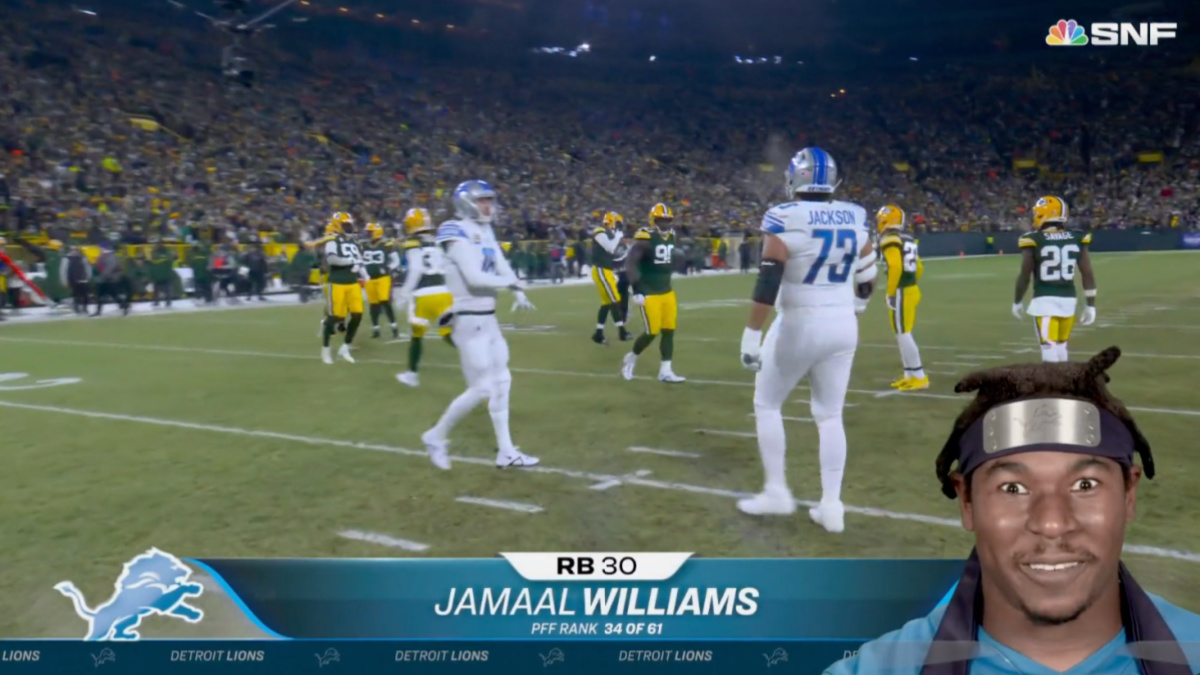 Celebrities and athletes showing their love for anime is nothing new at this point, but Detroit Lions Running Back Jamaal Williams has proved his fandom is a cut above.

In a recent NFL Prime-Time introductory reel shown before the Detroit Lions vs. Green Bay Packers game held on Jan. 8, Williams introduced himself as “the leader of the “First Swag Kazekage, leader of the Hidden Village of the Def’.” He did so while sporting a Village Hidden in the Sand shinobi headband he has been known to wear during appearances on camera, and said the line with a massive grin on his face.

The clip only lasts for a few seconds, but stands out in stark contrast to the more serious introductions by players. Reddit user strawberrytaint captured the moment and posted it, where Williams’ declaration has been received with cheers, applause, and plenty of laughs. Likewise, it has led to discussions of the prevalence and acceptance of being a fan of anime, largely thanks to the open admiration celebrities and professional athletes show for shows like Naruto, Dragon Ball, and other Shonen offerings.

The post can be found down below for those who would like to see the bit for themselves.

This is far from the first time that Williams has let his love for anime, and nerd culture in general, be known. Another viral video features him correcting a sports journalist interviewing him who mispronounced Pokémon. He does so while sporting not just his Sand Village headband, but also a hoodie which features images pulled from the Naruto anime.

For more on all things Naruto, check out any of the related posts down below.