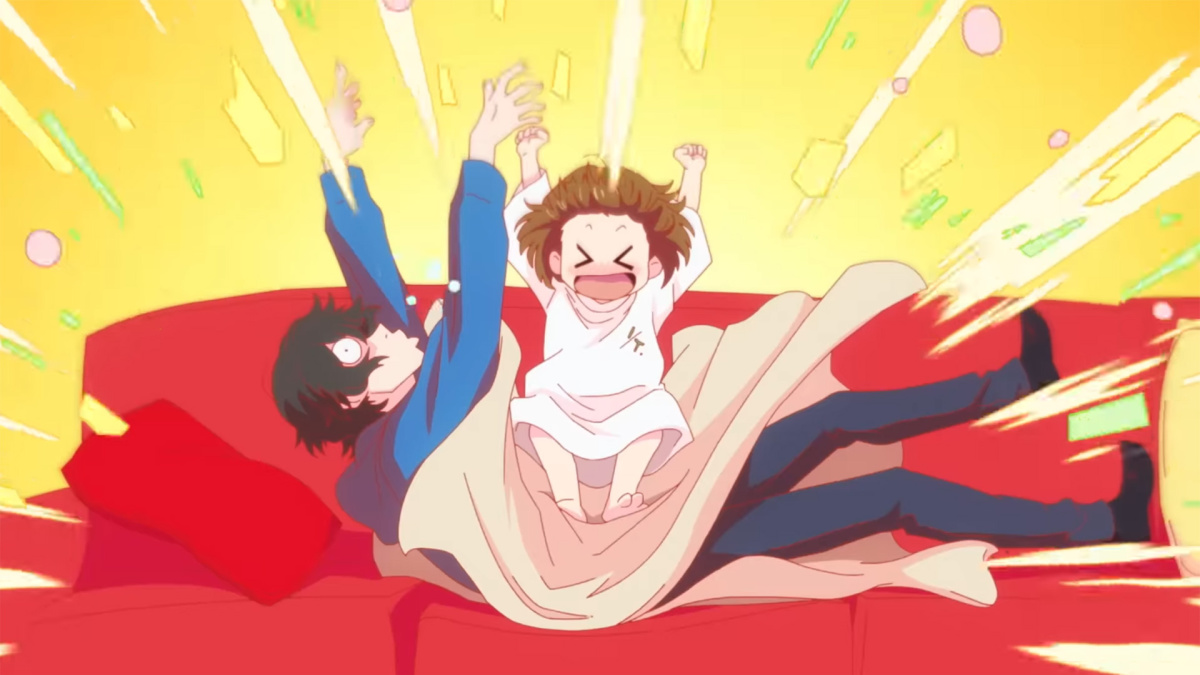 Screenshot by Twinfinite via P.A. Works

Among the many shows releasing this season, few deserve attention the way Buddy Daddies does.

9navigating the world of childcare, it offers plenty more to those who give it a chance. Its action scenes are surprisingly well-animated and scratch a particular action itch thanks to the gunplay provided by the parental figures Kazuki and Rei. Its story is also steeped in traumatic drama without being too heavy-handed, and has already set the series up for some great narrative payoffs in its first three episodes alone.

But none of these elements compare to the series’ real strength; one which gets lost in translation for a lot of anime about parenting, and especially in shows which have been releasing alongside the meteoric rise of Spy x Family and its happy-go-lucky approach to the genre.

And that strength is simple: it doesn’t shy away from the fact that kids can suck to take care of, and not everyone has what it takes to be a parent.

From the get-go, the series’ child to be reared Miri isn’t some adorable darling who can do no wrong and exemplifies purity. She’s loud and obnoxious, causing a commotion wherever she goes in an effort to find sources of stimulation. She rarely listens to a word her newfound parents say, and wrecks their home as she attempts to drag them into a game. She’s picky about the food she eats, and refuses to be left alone even if following her adoptive fathers puts her in danger.

Which all just goes to show that Miri acts exactly how an actual kid would. Unlike the more sanitized or fantastical child characters seen in shows like The Yakuza’s Guide to Babysitting, she’s as hyperactive and exhausting as a normal kid would be.

This in turn drives one of the biggest narrative points of the first three episodes of Buddy Daddies: Miri was abandoned by her mother not due to some big crisis or issue to be solved, but because she just couldn’t deal with raising an actual kid.

She couldn’t deal with the challenge of Miri’s constant energy and neediness. The fact that she constantly had to dress her, feed her, and otherwise keep her safe was too much for her to bear, and she despised Miri as a result. This led her to send her daughter off to find her father, and even after Kazuki tracks the mother down, she has no intention of taking Miri back.

In a lot of ways, it’s a rough scene to watch play out, and it would be easy to view the mother with nothing but contempt. But honestly, I can’t bring myself to fully despise her. Sure, she gave up and actively sent her child off into danger, but she also responded in a way that a lot of people would. Parenting was too hard for her, and she didn’t have it in her to keep attempting to do something that, in reality, was far more difficult than what she could manage.

It’s something that tends to be lost in translation when anime portrays taking care of a child. It isn’t all cute moments where their innocence helps the parent overcome some past issue or heartbreak. One has to make peace with the fact that taking care of a child is a constant struggle to keep a tiny human alive, and to put their needs above one’s own.

Fortunately, Buddy Daddies does have a payoff to this more stark view of parenting: The cute and heartwarming moments feel that much more earned.

Because of how realistically difficult raising Miri is for Kazuki and Rei, it’s that much more gratifying when they manage to reach a point of her being adorable. Her leaping up to them for a massive hug, or laughing merrily at being able to walk with both of them on the way home, provides that much bigger of a hit of serotonin. It’s something that wouldn’t be possible if these scenes followed ones where she is a perfect angel incapable of acting immaturely.

Is this to say that shows which make parenting look fun and heartwarming are bad? Not remotely. There’s still a place for those types of shows, and viewers aren’t in the wrong for enjoying them.

At the same time though, it’s good to have shows like Buddy Daddies in the mix. Parenting can be challenging, and having a show which actively faces this fact only serves to elevate the sub-genre it inhabits.