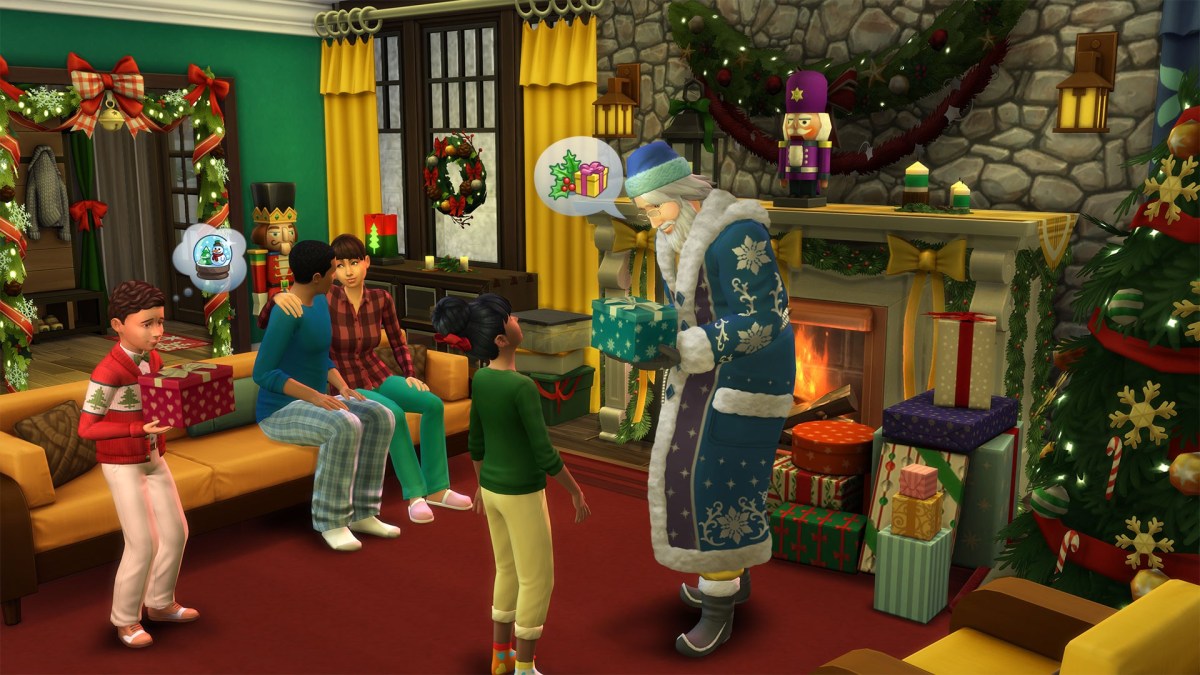 All the cool Simmers on Reddit are making babies with Father Winter, and even though most of my Sims are much too queer for that nonsense, I couldn’t help my curiosity and had to get in on the action. So, is Father Winter really the dream daddy we’ve all been waiting for?

Naturally, the easiest time to hook up with Father Winter is during Winterfest. He comes sliding down the chimney (or through the front door) after dark, ready to deliver his package to anyone eager enough to ask him for it. And boy, was my Sim ready for him.

Nova Curious gave Father Winter a romantic gift of their own, and the heat was on thanks to their stellar reputation in the community. By the night’s end, Nova had moved Father Winter into their home, ready to begin their queerplatonic polyamorous relationship in earnest.

But Is He Hot?

Let’s just say that Father Winter is decidedly not my type. Even without the beard and wintery robe, there’s just something a little too wholesome about Father Winter for me to call him sexy. His cheeks are a little too rosy, and his nose is too buttony for true hotness.

Until I checked out his stats, that is.

Father Winter moved into Nova’s house with a literal life-changing amount of money – 500,000 Simoleans. Now, I’m not a gold-digger, and neither is Nova, but I had to admit that all that money would sure make renovating the tiny Sandtrap Flat a whole lot easier.

But that still wasn’t the most startling thing I learned upon bedding Father Winter. One look at his skills revealed why he was such an eligible bachelor (and potential baby daddy). His Level 10 Baking, Charisma, Handiness, Parenting, and Singing Skills even made me swoon.

Is Father Winter Daddy? The Verdict

As it turns out, all the cool Simmers making babies with Father Winter are giving him a sexy Santa makeover – like this awesome one by u/dusk-mother – which would explain why I’m just not feeling the sparks for him.

But if Nova Curious is looking for a queerplatonic co-parent, I couldn’t imagine a better one than Father Winter. Their babies may not be beautiful, but they will certainly be well cared for. And my Sim’s cozy abode is about to get the luxury makeover of a lifetime.

Looking for more holiday fun for your Sims? Be sure to check out our guides to customizing your Sims 4 holidays and giving your Sims’ home a festive feel.