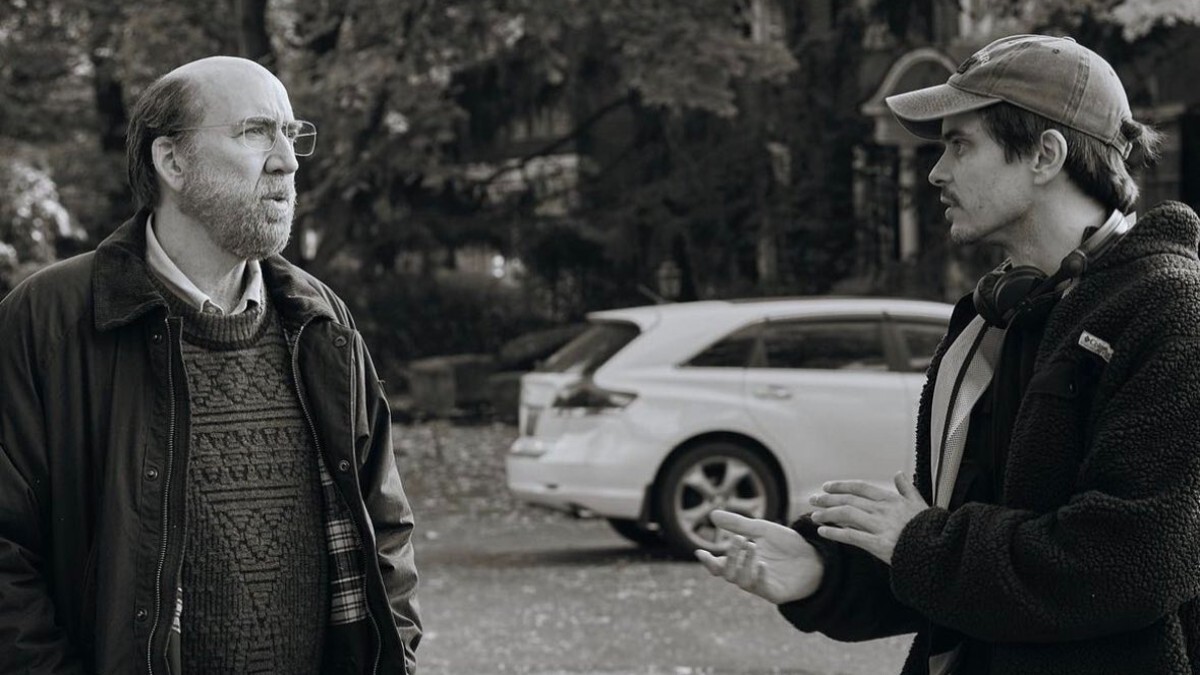 Nicolas Cage’s renaissance over the last several years has given audiences cinematic treats ranging from the brutally absurd Mandy to the hilariously hyper-reflexive The Unbearable Weight of Massive Talent. The scene-chewing actor’s revival continues, with the first images and details of his upcoming role in the A24 film, Dream Scenario, reminding us just how welcome the star’s resurgence to fame is.

A24 darling Ari Aster (of Hereditary and Midsommar fame) steps from behind the camera and into the role of producer, leaving the writing and directing reins in the very capable hands of Norwegian filmmaker Kristoffer Borgli, who marks his English language feature debut with Dream Scenario.

The film, billed as a comedy and set to wrap filming late December, stars Cage as an aging professor who appears one night in everyone’s dream, becoming an immediate celebrity as a result. A strong ensemble of supporting cast members is also attached, including Michael Cera, Julianne Nicholson, and Tim Meadows. The particulars of the movie’s plot are still being kept under wraps, along with all the character names and exact release date.

In the first images released from the set, Cage appears almost unrecognizable as the balding, spectacled, bearded protagonist in quintessential professor trappings. While the iconic actor’s brand of comedy is not always intentional, the joint effort with Aster, the prestigious A24, and the already-proven strong writing from Borgil are poised to harness Cage’s strengths in all the right ways.

Dream Scenario is on track to be another notch in both A24’s impressive catalog, and Nic Cage’s revitalized career. The film is set to release in 2024.