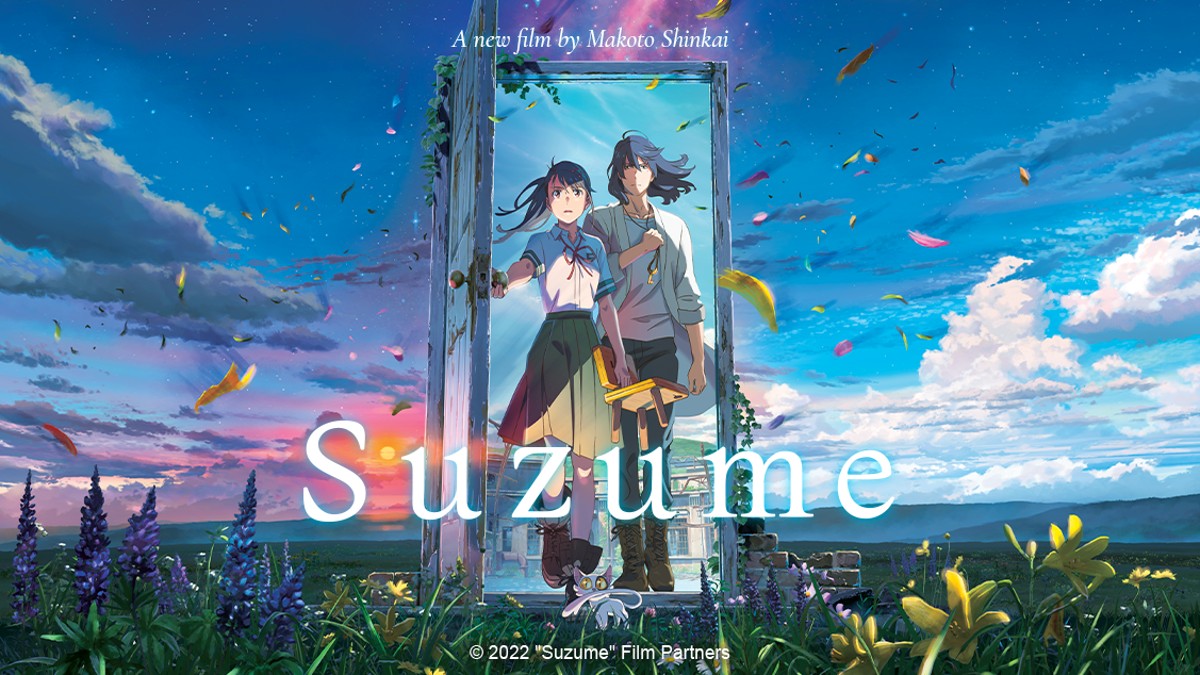 Today, Crunchyroll, in partnership with Sony Pictures Entertainment, Wild Bunch International, and Eurozoom, revealed the official theater release date for the highly anticipated next movie from Makoto Shinkai, Suzume. To be exact, fans can expect to start seeing the film in a theater near them as soon as April 12, 2023.

Obviously, releases will vary depending on where you are, so we’ve detailed the individual global theatrical release dates for the film for you right down below:

For anyone that hasn’t heard of the film, be sure to check out the official synopsis for it here.

“Suzume” is a coming-of-age story for the 17-year-old protagonist, Suzume, set in various disaster-stricken locations across Japan, where she must close the doors causing devastation.

Suzume’s journey begins in a quiet town in Kyushu (located in southwestern Japan) when she encounters a young man who tells her, “I’m looking for a door.” What Suzume finds is a single weathered door standing upright in the midst of ruins as though it was shielded from whatever catastrophe struck. Seemingly drawn by its power, Suzume reaches for the knob… Doors begin to open one after another all across Japan, unleashing destruction upon any who are near. Suzume must close these portals to prevent further disaster.

—The stars, then sunset, and the morning sky.

Within that realm, it was as though all time had melted together in the sky…

Never-before-seen scenery, encounters and farewells… A myriad of challenges await her on her journey. Despite all the obstacles in her way, Suzume’s adventure shines a ray of hope upon our own struggles against the toughest roads of anxiety and constraints that make up everyday life. This story of closing doors that connect our past to the present and future will leave a lasting impression upon all of our hearts.

Drawn in by these mysterious doors, Suzume’s journey is about to begin.