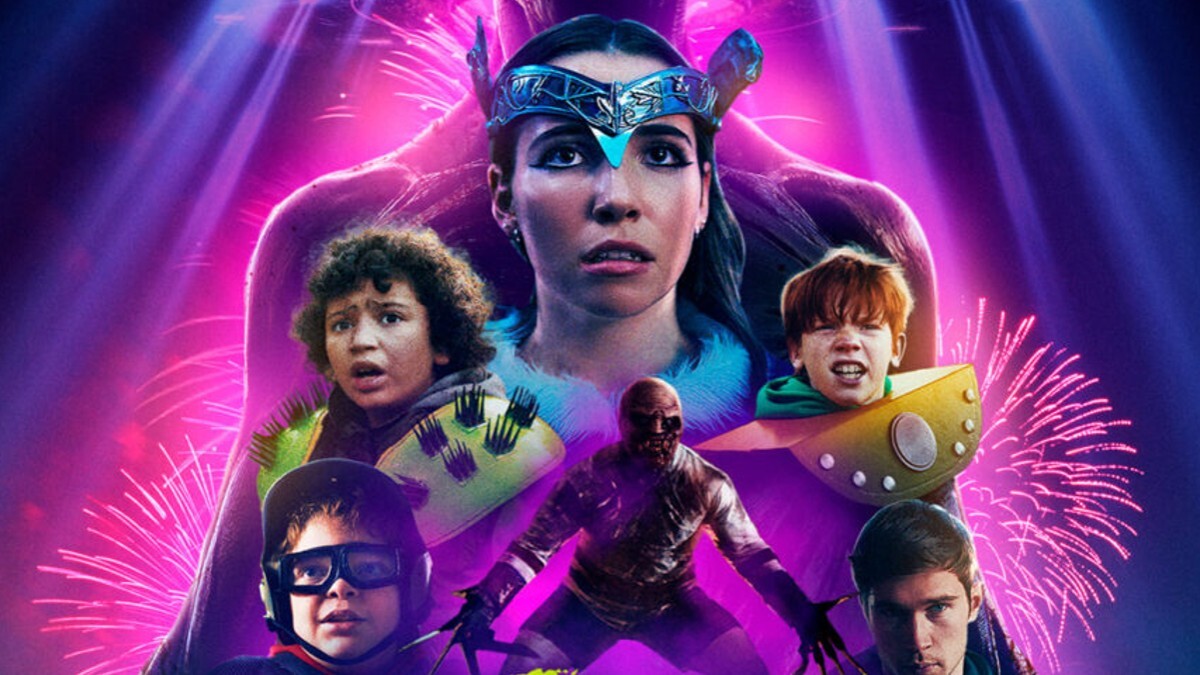 Hobo With a Shotgun came out in 2011 and was the perfect callback to classic Grindhouse films of the 1960s. It was schlocky, bloody, and extremely violent. The movie was also an excellent showcase of the late Rutger Hauer’s (Observer, Kingdom Hearts) talents.

On Dec. 20, 2022, the writer and director of that movie, Jason Eisener, revealed they’ve got some new camp in the works, as their brand new movie will instead tackle an alien invasion. Continuing the streak of informative and direct titles, this new film is called Kids vs. Aliens.

The aliens in the movie appear to descend on a typical house party during Halloween and begin causing heavy chaos. As you can guess, it takes a bit to catch on that aliens have arrived due to the usual Halloween setting trope. Despite the title bearing the word “kids,” this is certainly not a film for kids. There’s some definite body horror and gore here as one of the kids reveals, “the aliens were using human skin to fuel their spaceship.”

The film itself isn’t loaded down with film grain and doesn’t look like it suffers from bad lighting, based entirely on the trailer. As far as actual production quality goes, Kids vs. Aliens looks like it could easily pass as a film headed to Netflix, which is surprising considering the tone and look of Hobo With a Shotgun by comparison.

While Kids vs. Aliens definitely sounds like a straight-to-DVD kind of movie, it will actually get a bigger release than that, including a theatrical release (as well as digital) on Jan. 20, 2022. It is produced by RJLE Films, the company behind the film adaptation of the Ubisoft game Werewolves Within.