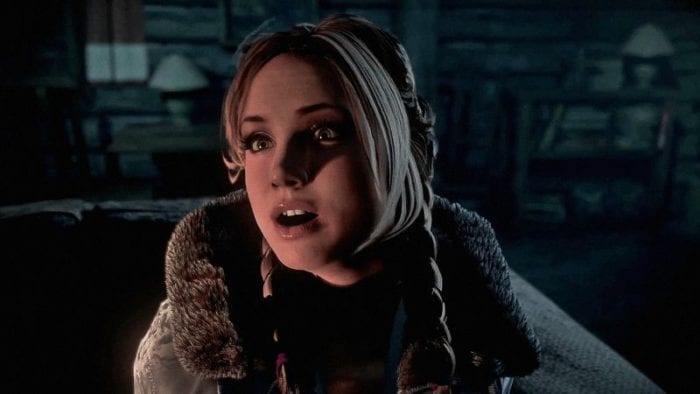 Whether you’re just a casual fan of horror games or a hardcore gore-hound, it’s safe to say that we all enjoy a good ol’ scare every now and again. From reanimated corpses who want to eat our faces off to toothy vampires who want to suck our blood, there’s a plethora of nasties waiting patiently in the shadows to frighten the bejesus out of us.

With Capcom’s iconic horror series Resident Evil commemorating its 25th anniversary today, we thought that now would be the perfect time to assemble a list of scary games that even non-horror fans would dig.

So, without further ado, come join us as we take a creepy trip through some of gaming’s best horror experiences. Just don’t forget to bring your snazziest pair of brown pants for the ride.

If you’ve ever fancied starring in your very own horror movie, then Supermassive Games’ Until Dawn is definitely the cinematic experience for you.

Simply describing the game as “cinematic”, would probably be doing the game a bit of a disservice, though. Built from the ground up to be an interactive horror movie experience replete with tons of branching paths and butterfly effect-style consequences, Until Dawn is a terrific confluence of John Carpenter, David Cage, 90s slasher flicks, and even Night Trap.

While it doesn’t feature full-motion video like the beleaguered Sega CD title, it does boast some real acting chops from the likes of Rami Malek of “Mr. Robot” and Hayden Panettiere of “Scream 4.”

And much like the teen slasher influences that inspired it, Until Dawn makes the list for leaning into the cheese and embracing its silly, self-aware tone with its clever b-movie writing and entertaining rollercoaster-like twists and turns.

The Last Of Us

Not only is it an explorative character study that sheds light on what being a human is really like, warts and all, but it’s also a narrative brimming with exemplary storytelling and poignant relationships, which ultimately makes the tragedy at the heart of this tale all the more impactful and meaningful.

On paper, a game that centers on a zombie outbreak may seem trite and unoriginal. However, The Last Of Us breathes life into this very tired trope thanks to its hordes of carnivorous Cordyceps-inspired foes. I mean, the fact that this fungal parasite is a real-life affliction – that fortunately only preys on mostly insects, for now – helps add a layer of believability to the overall experience.

Further still, add in some nail-biting edge-of-your-seat survival gameplay that doesn’t merely rely on jump scares, and frame the action in one of the most beautifully bleak worlds ever realized and you have all the makings of one of the most iconic franchises in modern gaming history. No small feat, indeed.

Admittedly, The Last Of Us may be a pretty hardcore horror experience for some. But it’s simply a must-play, even if you’re not a fan of horror.

Sure, while a certain other cyberpunk title may be grabbing all the attention at the moment, it’s safe to say that the popular sci-fi sub-genre continues to be reasonably underrepresented in video games.

While Observer may seem like a traditional first-person detective murder mystery at first glance, the game hides plenty of creepy horror elements up its blood-drenched sleeve which are slowly introduced as the narrative begins to unfurl.

You see, below its superficial cybernetic surface conceals some pretty eerie psychological horror courtesy of some surreal imagery as you “jack in” and explore the dark recesses of other peoples’ subconscious worlds. Plus, it’s also absolutely worth checking out thanks to its compelling story, as well as some fantastic voice acting courtesy of none other than the Rutger Hauer.

Even though this one isn’t an out-and-out horror title per se, there are plenty of horrific elements to be found in the crumbling underwater utopia-gone-awry of Rapture.

From its iconic Big Daddy bosses and spooky Splicers to the game’s clever morality system that ultimately affects the overall conclusion, Ken Levine’s spiritual successor to the acclaimed ‘90s System Shock series is a definitive classic.

Much like a great novel, though, Bioshock makes the cut by virtue of its ambitious ideas, thought-provoking narrative and Ayn Rand-esque philosophical depth. In essence, the city of Rapture is akin to Paradise Lost, and piecing together its smart “Show Don’t Tell” environmental storytelling is utterly fascinating. Yes, it’s fair to say that the spooky dystopian locale of Rapture is ultimately the most memorable character at the heart of this adventure.

On top of this, however, Irrational Games’ unforgettable first-person shooter also features one of the coolest twists in video games. If you haven’t had a chance to play it yet, would you kindly put Bioshock on your gaming to-do list?

Ok, so this one might be a bit too scary for some, but just hear us out.

A creepy action-centric blend of The Thing, Alien and Event Horizon, Dead Space is another filmic gaming experience that would likely translate well to the silver screen. Though the third outing arguably dropped the ball, the original 2008 and 2011 duo were straight-up sci-fi horror classics praised for their unique dismemberment gameplay mechanics, atmospheric settings and suspenseful scores.

Of course, this suggestion comes with a big ol’ caveat. Yes, while Dead Space may fall into more of a hardcore horror game category – much like The Last Of Us – it still makes the cut for its action-packed moment-to-moment gameplay and its immersive, cinematic feel.

Indeed, when boiled down to its core DNA, Dead Space is primarily a super slick third-person action experience. And because of this, fans of the action genre – who may not have a penchant for horror – may want to give this one a look.

Boasting atmosphere in blood-soaked spades, one of the creepiest foes in video games and top-tier voice acting and audio design, the Dead Space series is a legit masterstroke. And ultimately, it deserves to be remembered for its jaw-dropping action gameplay by more than just horror fans.

While I recommended Dead Space thanks to its action, I’d be silly not to give a shoutout to the golden child of Capcom’s flagship undead franchise for similar reasons.

While the original titles leaned into the horror, jump scares and resource management, Shinji Mikami’s 2005 soft-reboot swung in the inverse direction toward a more action-heavy feel and tone.

Opting for an over-the-shoulder viewpoint – which was incredibly groundbreaking at the time – it’s interesting witnessing the game’s embryonic DNA proliferate amongst many of the big-budget horror games that followed it. From Silent Hill: Homecoming to Visceral Games’ aforementioned Dead Space franchise, it’s easy to see how incredibly influential Resident Evil 4 was.

Specifically, though, it nabs a spot on the list for its focus on action over the slower-paced horror of its predecessors, which ultimately helped create a more accessible terror-inducing experience for the mainstream. Plus, it also comes sporting one of the coolest traders in any video game ever. Isn’t that right, stranger?

Bursting to the brim with eerie monstrosities, killer pacing, tense action and memorable set-pieces, Capcom’s beloved fourth chapter is burnt into my gaming subconsciousness thanks to its approachability and its bloodcurdling horror. Not gonna lie, I can still hear that bloody chainsaw now. *shivers*

If you’re looking for a lighter, less terrifying horror game than some of the other entries, then this may be for you.

Neverending Nightmares is a dexterous blend of eye-catchingly minimalist hand-drawn art, from the likes of Edward Gorey, intermixed with the gothic horror of an Edgar Allan Poe poem. It deals with the autobiographical portrayal of developer Matt Gilgenbach’s personal struggles with OCD and depression and wraps it in a compact 2.5D horror experience, where the real and the unreal collide in clever and unexpected ways.

Eschewing the gritty realism of other titles that deal with similar issues – like Actual Sunlight or Drowning, for example – Infinitap Games leans into the dark symbolism and horrific physical manifestations that haunt a depressed victim’s mind on a day-to-day basis.

While it may not be a critical darling, Neverending Nightmares is still an eerily atmospheric chiller that taps into a very human gloominess and unhappiness. And its “Less is More” approach may be exactly what a non-horror fan may be after, if you’re on the lookout for a compelling – albeit tamer – horror experience.