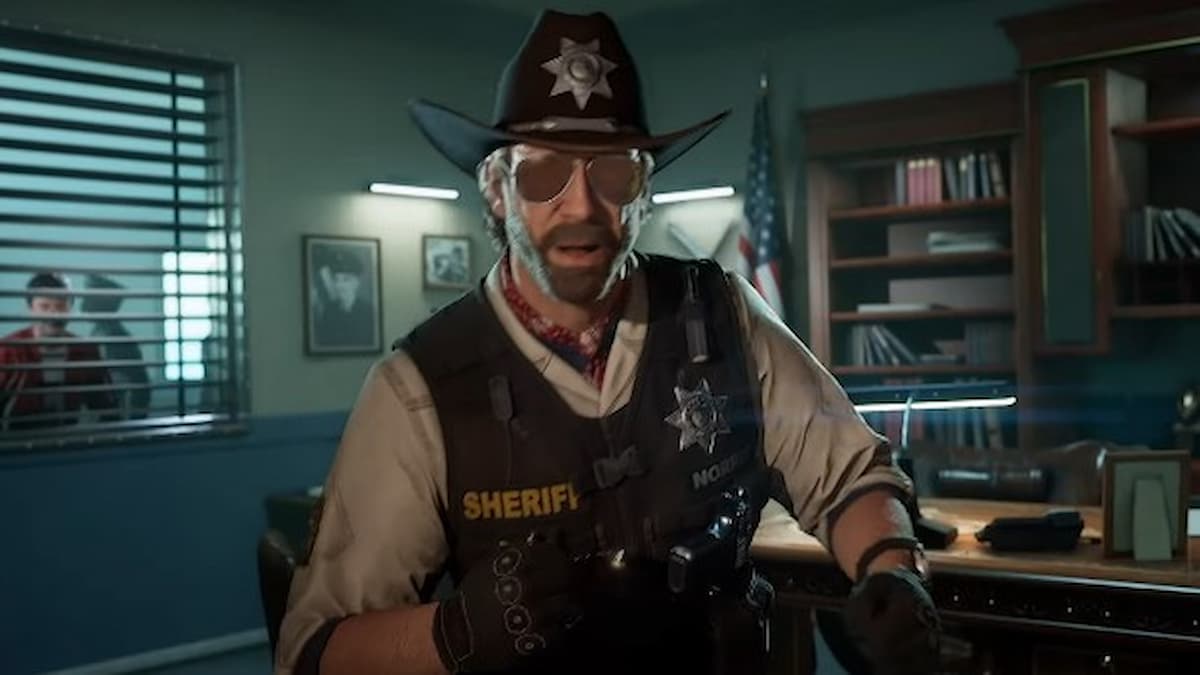 A new heist-focused FPS game from 505 Games was revealed at The Game Awards earlier today. The game titled Crime Boss: Rockay City features multiple crime bosses and some law enforcers played by some of the most recognizable names in acting and entertainment.

Crime Boss takes place in the fictional Rockay City, Florida during the 1990s. Conceivably, this could be the game world’s version of 90s Miami.

At the beginning of the trailer, Michael Madsen is revealed to be playing the character Travis Baker who appears to be a gunslinging cowboy of sorts. Kim Basinger is introduced as the character Casey following Madsen. Damion Poitier will play the part of Nasara who may possibly have access to a submarine.

The trailer continues by revealing Danny Trejo’s character named The Dragon. This character appears to be extremely wealthy based upon the expensive-looking suit they’re wearing as well as the gold bars and giant ruby pictured next to them.

Danny Glover is even here playing the character Gloves who appears to be a law enforcement officer. Michael Rooker who was shown at the start of the trailer is also revealed to be named Touchdown in this game. He’s sporting a bright green mohawk, eye black, and multiple facial piercings.

Vanilla Ice will be making his video game debut as the character Hielo. This goofy-looking character is sporting a giant gold chain and wears a purple tracksuit. The final character revealed is Chuck Norris who appears to be the Sheriff of Rockay City. His character’s name was not announced in this trailer.

Crime Boss Rockay City launches on PC via the Epic Games Store on Mar. 28, 2023. The console versions of the game will release at a later date. The logos shown in the trailer are for the PS5 and Xbox Series X|S, but it’s worth noting that the fine print mentions the PS4 logo copyright.

The full trailer for Crime Boss: Rockay City can be found below.