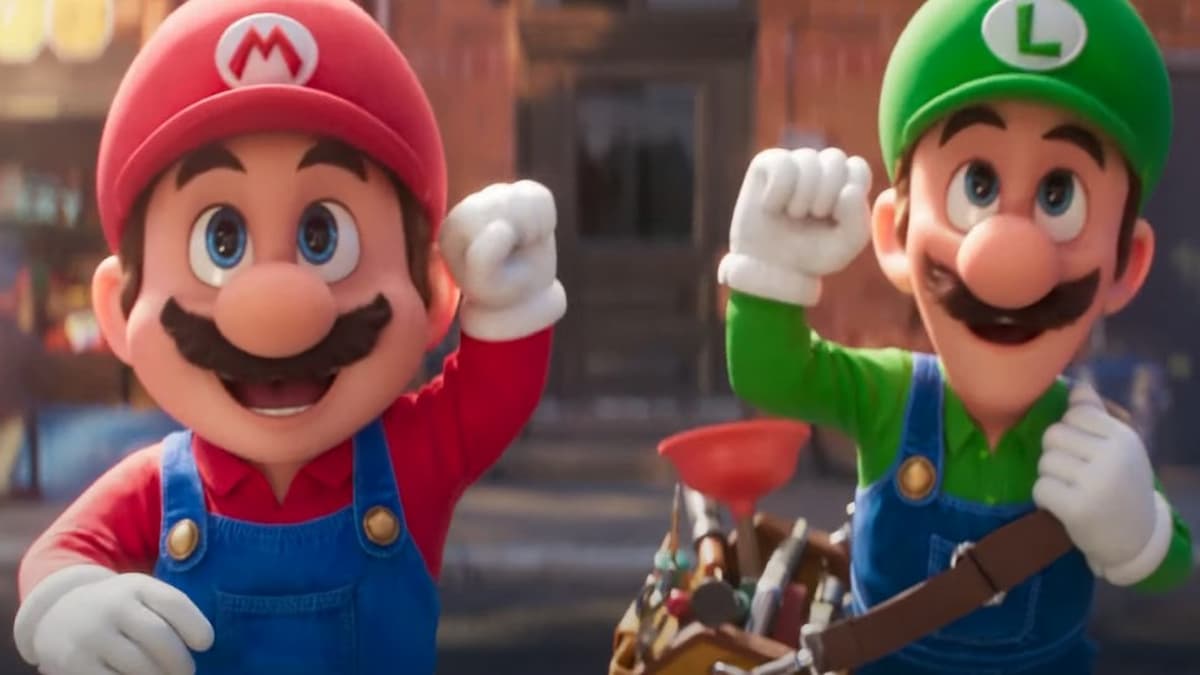 Earlier today on a special Nintendo Direct presentation, the second trailer for the Super Mario Bros. Movie went above and beyond when it came to expectations. Based on the tease which came out yesterday that showed off a still image of inside Peach’s Castle, it was almost certain that she was going to show up today. Yet, much more than just that castle was shown off.

First off, the direct began with Shigeru Miyamoto talking about the popularity of the last trailer which led into Chris Meledandri introducing Anya Taylor-Joy. After Taylor-Joy talks about how excited she is for everyone to see Peach for the first time, it cuts back over Miyamoto. He talks about how he has been looking forward to her performance as Peach since she was cast.

Next up, Myamoto introduced the voice of DK in the Super Mario Movie, Seth Rogen. The Canadian actor talked about his love of the worlds created by Miyamoto. Rogen also mentioned that he even named his dog Zelda.

After cutting back to Miyamoto to talk about the other Nintendo-inspired pets in his neighborhood, they cut to the beginning of the new trailer.

The trailer begins with Mario psyching himself up by taking a deep breath as he enters a packed colosseum from a dark hallway. When the hero finally steps into the light onto a red metal beam, you can see banners all around the arena. Of course, Mario’s opponent on the other side is none other than Donkey Kong.

Once they charge the camera switches to a shot that’s a few feet below the platform Mario and DK are standing on. The red beams, ladders, and barrels are reminiscent of the classic Donkey Kong arcade game.

As Mario gets closer to the ape, he jumps and winds up a punch only to get caught with one hand by DK. Mario then gets slammed into the ground and slapped around as Peach, a Toad, and other apes look on.

After this clip, there’s a quick cutover to a scene featuring Bowser and Luigi where the king of the Koopas is trying to extract some information from Mario’s younger brother. Luigi doesn’t crack, but Bowser tortures the green-clad hero by plucking a single mustache hair from his face.

Next, we see Peach in her throne room addressing a room full of Toads that Bowser is coming to their kingdom. She urges them to get ready to defend the castle, but one of the Toads speaks up and asks, “How? We’re adorable?”

Following another cut, we see a floating course set up floating above the Mushroom Kingdom, presumably to help Mario and others train for the coming invasion. During this segment, Mario gets taken out by a fake fire bar and forgets to keep moving on a falling platform as Peach looks on with an annoyed look on her face.

Right before the trailer gets to the biggest surprise, we see Mario flying around in his Tanooki Suit and Peach picks up a Fire Flower that turns her dress red and white.

While the trailer draws to a close, Mario, Peach, DK, and Toad are seen driving go-karts around a track that’s surrounded by multiple waterfalls. After going off of a Jump Mario and friends land on a rainbow track that’s reminiscent of Rainbow Road from the Mario Kart series. However, no Rainbow Road has ever had a setting like the one seen in this trailer.

Following the end of the trailer, Miyamoto appeared one more time to talk about Donkey Kong in the Super Mario Bros. Movie. He mentioned that this was the first time since DK was 3D modeled in Donkey Kong Country that they redesigned the look of the character. This new design is meant to be closer in style to the original arcade version of DK.

The Super Mario Bros. Movie is currently set to release in theaters on Apr. 7, 2023.