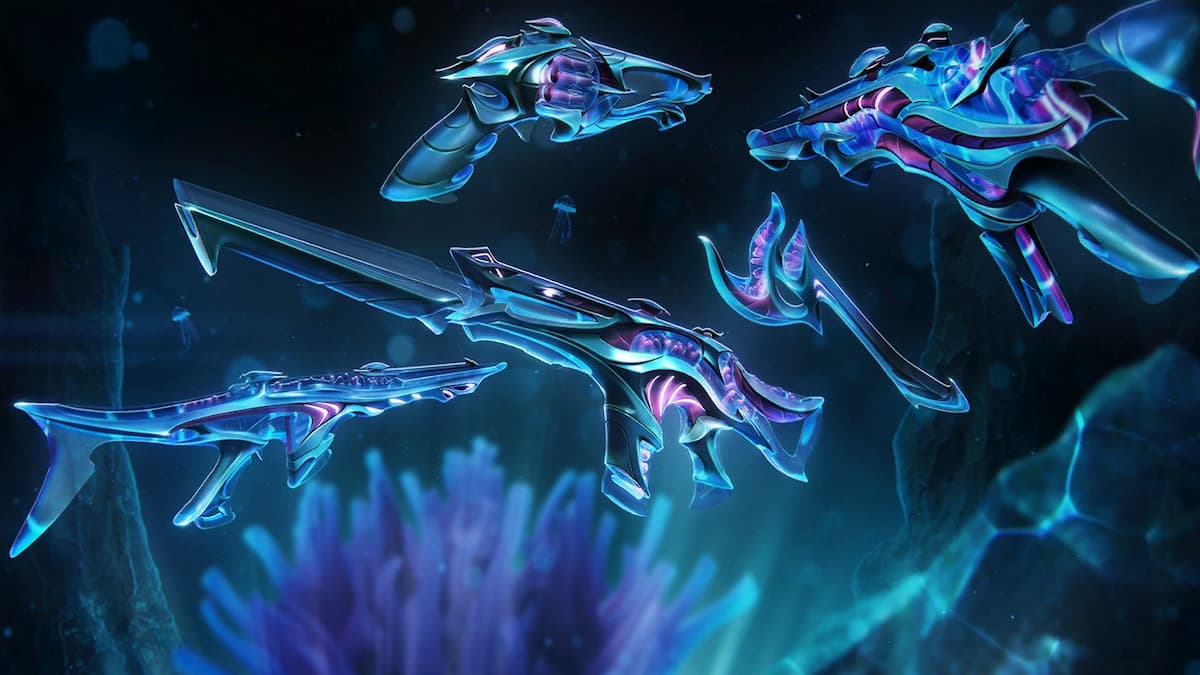 It’s patch day for Valorant, and there are a bunch of Agent changes on the way that might very well shake up the game’s meta. Anyway, weapon skins! As is typical, there’s yet another bundle on the way in tandem with the new update that is set to hit the storefront later this week. It’s called ‘Abyssal’ and it has an aquatic theme that we’re sure will appeal to those who love the Neptune bundle.

The Abyssal is a Deluxe Edition skin, which come in at 1275VP per individual skin. The melee is, of course, more expensive though at 2550VP. If you want to purchase the entire bundle then you’ll need to splash out 5100VP (around $50).

There are no tiers to upgrade, and the weapons do not have any special effects or finishers.

The Abyssal skin bundle should be hitting stores over today and tomorrow (depending on which region you play the game). As usual, North America and Latin America will receive it first due to time difference, then EU and the rest of the world / Asia will have it in the stores along with the update tomorrow, Nov. 16.

If you haven’t read up on the latest Patch 5.10 notes then you can do so here. 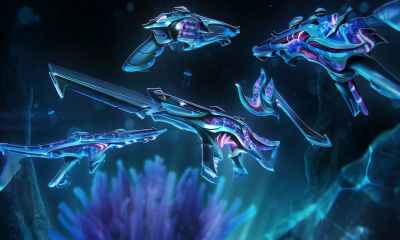 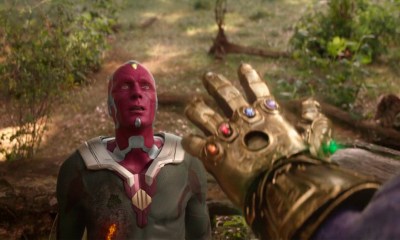 Who Is the Oldest Character in the MCU? Answered 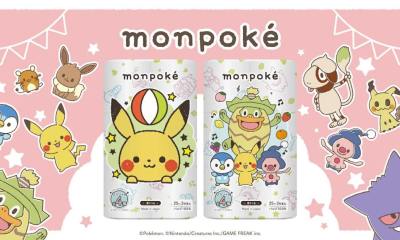