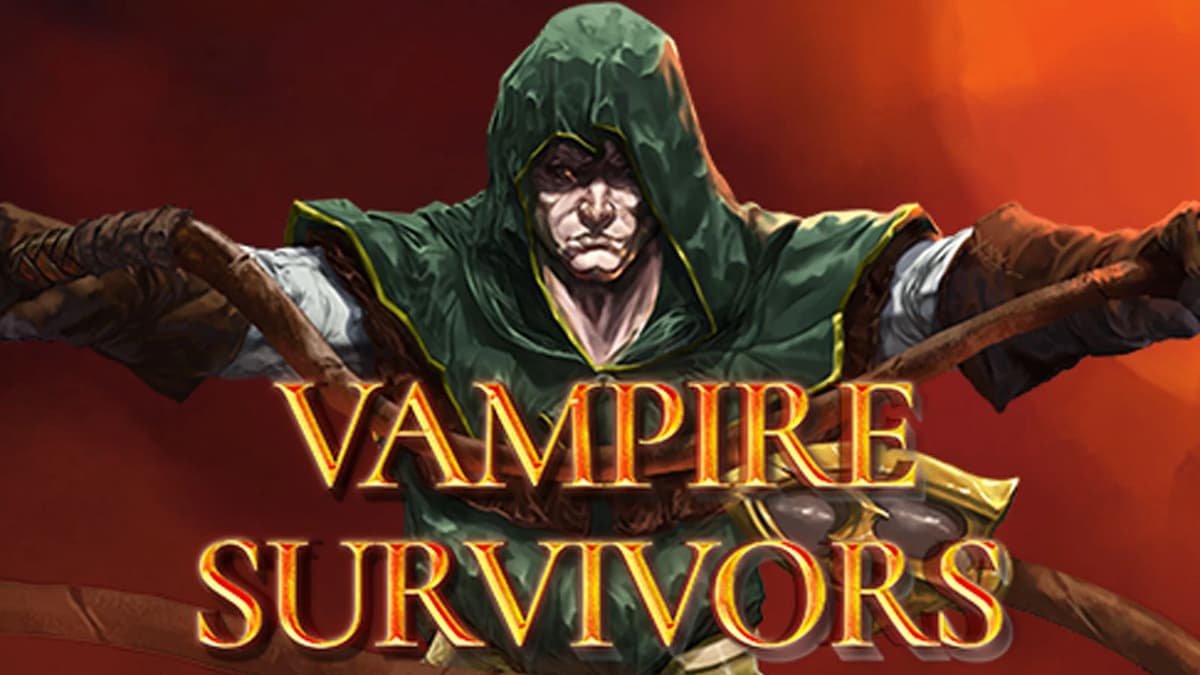 Perhaps one of the largest indie releases in the entire year, Vampire Survivors is a game you could run endlessly– and still not discover all there is to know. Despite being less than half of a gigabyte in size, games like this have a tendency to pack all sorts of content you just simply wouldn’t expect. Secret rooms, secret weapons, or even secret characters. Tired of playing Assunta Belpaese over and over again? Here’s how to unlock all secret characters in Vampire Survivors.

There are a total of 13 secret characters to be unlocked in this game, as listed below:

We’ll go over how to unlock each of them in more detail down below.

Starting us off, you can unlock Exdash Exiviiq by typing “x-x1viiq” in the main menu– there will be a sound charm to signal he has been unlocked.

Alternatively, he can be unlocked by chance through an in-game calculation based on total/65535, total referring to the amount of total Little Clovers you have. Exdash starts off weak, but the more time and gold you put into upgrades the better results you will see.

To reiterate, this code is typed at the main menu where the majority of the guide’s codes are used in the Forbidden Scrolls of Morbane.

Toastie can only be unlocked if Exdash is already unlocked, see above for the relevant information on how to do so.

Once Exdash is unlocked, you will have to defeat the Drowner or the Stalker and then Toastie will appear in the corner of your screen. From here, you must quickly press the down arrow key and enter key– simultaneously. If done correctly, and if Exdash is already unlocked, you will receive Toastie as a playable character.

Beware, at level 1 Toastie is subject to instant death from the slightest error. Use your bonus movement speed to your advantage, and also, upgrade your health and armor.

Alternatively, casting the spell “tramezzini” in the Forbidden Scrolls of Morbane will also unlock Toastie (provided still that Exdash is unlocked prior.)

Additionally, Smith IV requires both Toastie and Exdash to be unlocked in order for you to play him.

Smith has a somewhat complicated series of actions required in order to actually be played in the game. You must first type “spam” at the main menu; then continue to the character select screen, where you then type “spam” again; additionally, you will type “spam” once more at the stage selection screen; finally, type “humbug” once active in the stage. Afterward, Smith IV can be purchased for 7,777 gold.

That’s a mouthful, isn’t it? Keep in mind this must be done within 30 seconds total, as a timer starts after the first code is entered. You got this.

The third challenge stage for Vampire Survivors is the Boss Rash, where the player has to survive every boss in the game. Challenging for sure, but succeeding at this challenge using only one weapon will unlock the character Gyorunton. Best of luck, if you succeed Gyorunton will become available for 5,000 gold.

Alternatively, one may use the code “secondevolution” within the Forbidden Scrolls of Morbane.

To recruit this character, there are three prerequisites:

Once all prerequisites are met, head to the Mad Forest Stage and pick up both the Pummarola and Skull o’Maniac while progressing. Then, a trail of pies will spawn that leads the player to a boss fight. Defeat the boss and you will unlock Boon Marrabbio for a cost of 666 gold.

Additionally, if you have unlocked the Forbidden Scrolls of Morbane, you can cast the spell “fettinepanate”.

To unlock Peppino is pretty straightforward:

You can also unlock the character by casting the spell “pinociampino” within the Forbidden Scrolls of Morbane.

Leda, initially, is a boss you fight at the bottom of Gallo Tower. Head to the ground floor of the tower and Leda will spawn. Win the boss fight and you will unlock Leda– simple right?

Worth noting: Leda’s starting weapon is the Holy Wand, which is the evolution of the Magic Wand.

The spell “iwillneverletyouforgetaboutme” in the Forbidden Scrolls of Morbane will also unlock her as a playable character.

To unlock Minnah Mannarah, you must first discover the Yellow Sign.

Head to the Dairy Plant level and progress through the stage. At one point, a Cheese item will appear on the stage– pick it up. Afterward, seven werewolves will spawn and when you defeat them you will unlock Minnah Mannarah. She will be purchasable for 666 gold.

You can cast the spell “foldinthecheese” in the Forbidden Scrolls of Morbane to unlock her, as well.

Note that her stats fluctuate throughout your playthrough.

To unlock Queen Sigma is very straightforward, but not necessarily easy. Collect every collectible item (124) to unlock the character. She will then be purchasable for 0 gold.

Keep in mind, you can always cast the spell “allatonce” to unlock her from the Forbidden Scrolls of Morbane.

The only prerequisite for acquiring Gains Boros is having the Bone Zone unlocked.

Head north in the Bone Zone until you see a ring of flowers, stand in the center of it for ten seconds and you will unlock Gains Boros. These flowers also provide healing.

If that is too difficult, the spell “highfive” will also unlock Gains Boros.

Gains Boros has completely base stats, aside from the fact that his Growth increases by 2% at every level.

Red Death is an extremely powerful boss and he spawns regardless of the stage after 30 minutes. If you defeat him, you unlock him as a playable character. He will be purchasable for 666 gold.

As usual, you can unlock him with the spell “ablasphemousmockery”.

Note: Red Death has the highest base movement speed, a great character to use when you need to cover great distances on a stage. (Hidden bosses, Relics, etc.)

To unlock Big Trouser one must first unlock the Moonglow stage.

Collect a full inventory of items and max out their level, then leave the stage before the Reaper comes (15 minutes on Moonglow.) If you die to the Reaper, you will lose a level on your items and you will not unlock the character.

As always, you can simply cast the spell “earrivatolarrotino”.

Big Trouser has base stats, however, his Greed will increase by 1% at every level. This makes him a great gold farmer.

The first thing to note is you must use a character that has not picked up any Golden Eggs, this is visible during character selection. Next, select the Cappella Magna stage and find these two weapons:

Afterward, head north through the stage and find the Nduja Fritta Tanto near the burning gate (burning weapon on the floor,) with this combination the gate will open and Cosmo will be freed. Make sure you walk over to him to complete the unlock, allowing him to be purchased for 666 gold from the main menu.

Additionally, the spell “lhovistoio” will unlock Cosmo in the Forbidden Scrolls of Morbane.

Please bear in mind that the standard 666 gold cost for characters is a base cost; with every character you unlock and buy these costs will scale upwards, making every character purchase more expensive. This is how to unlock all secret characters in Vampire Survivors for the official release, all of the base characters come more naturally through game progression. Happy hunting!