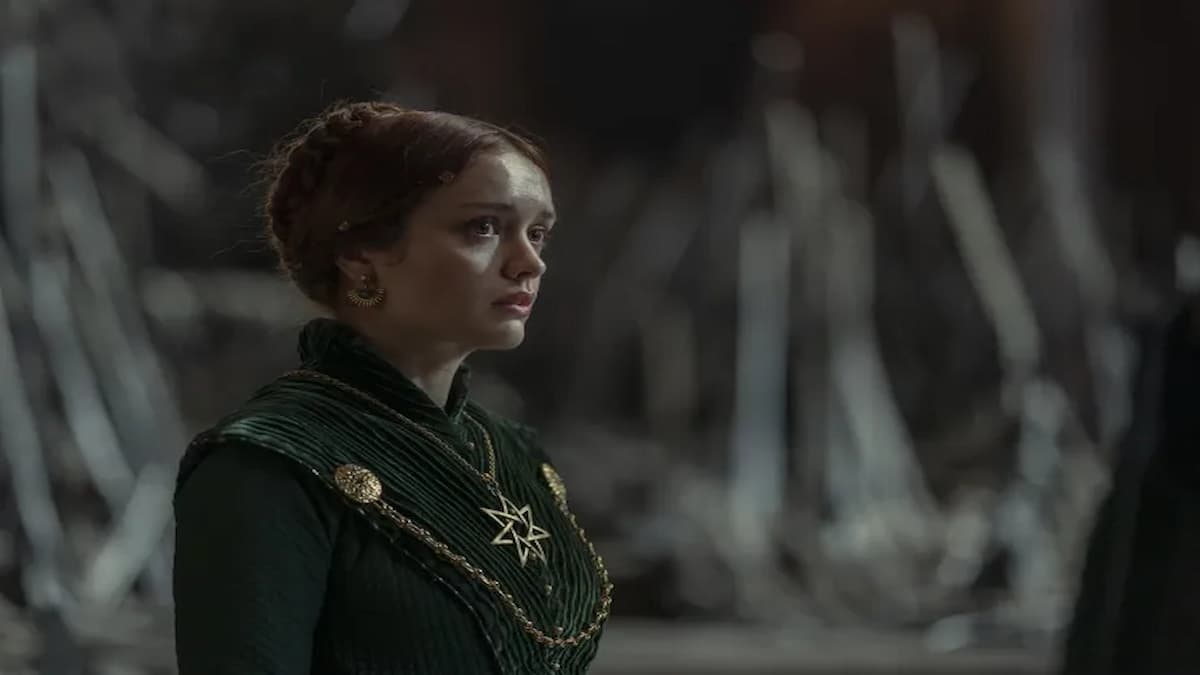 The Game of Thrones universe has a fascinating take on religion, with many characters swearing by the old gods and the new when making promises. The religions coexist peacefully, and both are recognized by kings of Westeros. In the last House of the Dragon episode Alicent advertises that she follows the new gods by putting seven-pointed stars all around the Red Keep and wearing one as a necklace. Why does Alicent Hightower convert to the Faith of the Seven? Keep reading to find out.

Why Alicent Practices the Faith of the Seven

Alicent uses the Faith of the Seven to alienate Rhaenyra and her allies by tearing down banners with the distinctive three-headed dragon crest of the Targaryens and replacing them with stars. It’s her way of telling everyone she’s in charge while the king is sick in bed, and she hopes it will create an unfamiliar atmosphere that makes Rhaenyra and Daemon uneasy.

A side benefit of Alicent’s plan is that her newfound religion makes her look good to her subjects. Her affiliation with the Faith of the Seven make her look just and merciful: this can bias their judgement of her decisions favorably. Actions like Alicent’s will likely spoil the amends made during family dinner at the end of episode 8.

It’s important to note that Alicent did not just recently convert to the Faith of the Seven. In the early episodes of season 1, we see her praying in the Septon, and she mentions to Rhaenyra that she’s always felt a little closer to her deceased mother whenever she prayed. Alicent’s always been a believer in the Seven, she’s just starting to use her faith to gain control over King’s Landing.

That’s everything we have on why Alicent starts to practice the Faith of the Seven in House of the Dragon. Check out our other content on House of the Dragon like who Aegon marries, what tea Alicent gave to Dyana, and whether King Viserys has his own dragon.