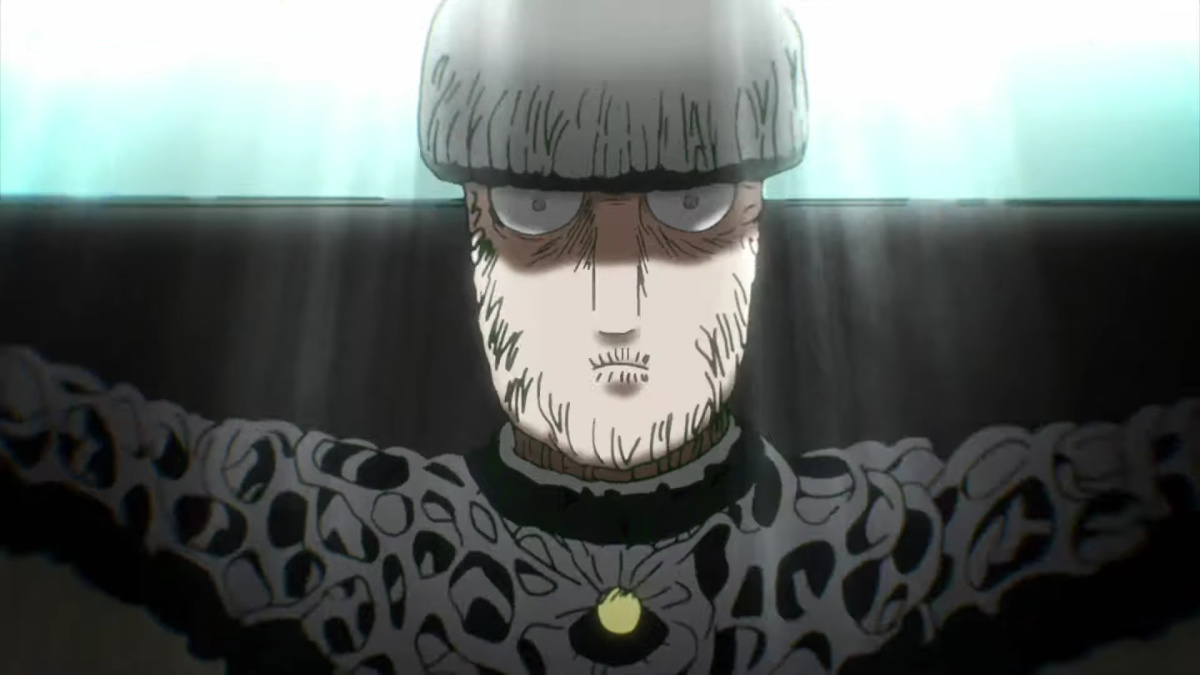 Season 3 of the Mob Psycho 100 anime is off to a roaring start. In addition to some major new character development arcs playing out for Mob, the key throughline for the season’s narrative centers around the Psycho Helmet cult and its enigmatic leader, who, for reasons as yet to be revealed, resembles Mob in an uncanny and frightening way. If you’re like most viewers, though, you’re already dying to know: Who is the villain in Mob Psycho 100 Season 3?

Fortunately for you, we’ve got the answers you’re looking for. Do be warned, though: There are *Spoilers Ahead.*

Who Is the Fake Psycho Helmet Cult Leader in Season 3 of Mob Psycho 100? Answered

As you might have guessed, the villain of Mob Psycho 100 Season 3 has already been revealed via the manga used as its source material. However, fully explaining who it is will take a bit.

This is because Psycho Helmet, the leader of the Psycho Helmet Cult, which is revealed in episode 3 of Season 3, is a manifestation of the Divine Tree created through the clashing of Mob and Toichiro Suzuki. This is the reason for its odd, vine-y appearance and its misshapen proportions compared to Mob, who it was meant to take after aesthetically. All of this aside, though, it houses immense psychic energies on par with both Mob and Toichiro’s.

And yet, it would have been unable to exert this power due to its limited individual will. Fortunately – or unfortunately, based on how you look at it – Dimple possesses it in order to further his own ambitions. He then uses Psycho Helmet to once again control a massive cult, allowing him to move around while using its phenomenal psychic energies for his own ends.

With this being Mob Psycho 100, though, things don’t exactly end in a to-the-death battle between Mob, Dimple, and Psycho Helmet.

After having a heart-to-heart, Dimple sees the error in his ways and stops controlling Psycho Helmet. Once he does this, though, Psycho Helmet incorporates the megalomania it was exposed to via Dimple to fully form its own personality, albeit one which is centered pretty exclusively around using its power to dominate and control those around it. From then on, Psycho Helmet becomes the de facto Villain of the series, leaving Mob and his friends to figure out how to stop it.

Hopefully this cleared up who the villain is in Mob Psycho 100 Season 3. For more on the series, check out any of the related articles down below. We’ve also got plenty of other anime articles to peruse, including lists of the best anime Sakuga scenes and the most OP characters in anime.