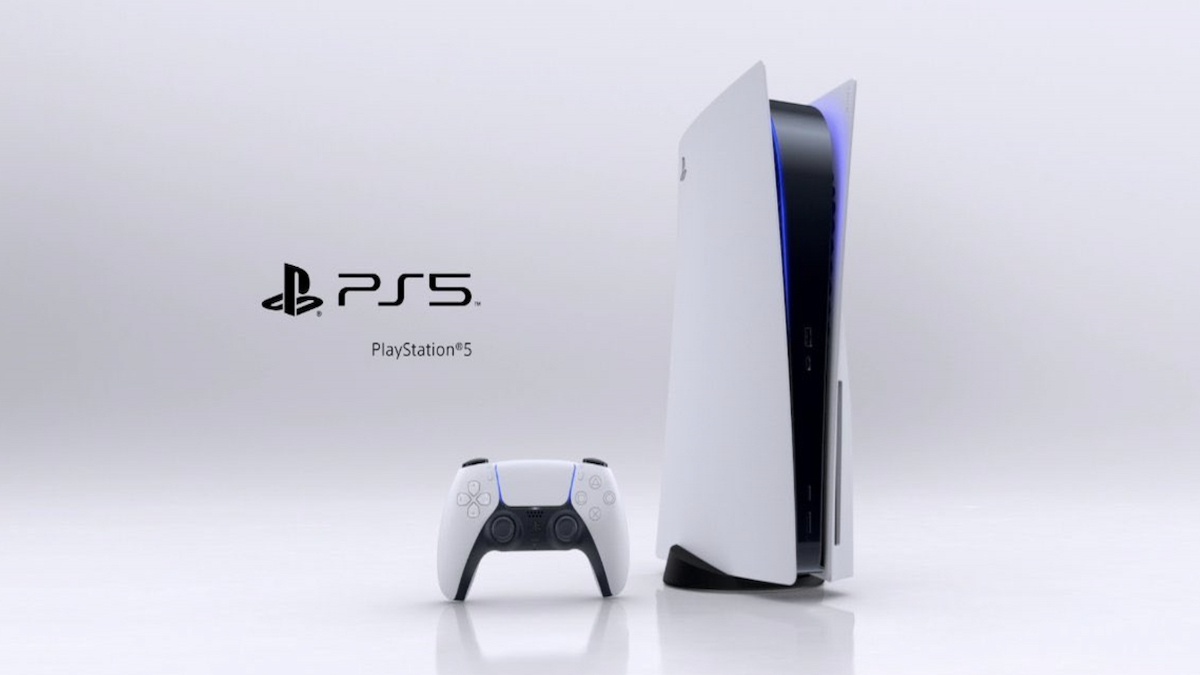 Market research firm The NPD Group published its report tracking video game spending across the U.S in September of 2022, and the big takeaway is the continued momentum of Sony’s PS5. The console led both unit and total dollar sales, paving the way for a total of $4.1 billion across the whole month. That tally was actually a 4% decline from this time last year, though.

As is typical, The NPD Group’s Mat Piscatella was on hand to break down the key takeaways from the report over on Twitter. Below are quotes from his thread, as well as relevant infographics that help depict the state of the video game market for the month.

“U.S. consumer spending on video game content, hardware and accessories reached $4.1 billion during the month of September 2022, a decline of 4% when compared to the same month a year ago.“

“Hardware was the best performing segment during September, led by double-digit percentage growth for both PlayStation 5 and Xbox Series consoles. Year-to-date total video game spending across content, hardware and accessories is now 8% lower than 2021, at $38.4 billion.

Hardware sales in September increased 19% when compared to a year ago, the third consecutive month of double-digit % growth. Improved supply of PlayStation 5 was a primary driver of the increase, with PlayStation 5 ranking first in both unit and dollar sales.

“Video game content spending fell 7% in the month of September vs YA, to $3.4 billion. Content performance was driven by a double-digit percentage gain in non-mobile video game subscription spending, which was offset by declines across other content segments.

An increase in spending on Gamepads in September offset a decline in Headsets/Headphones. The best-selling accessory of September in both unit and dollar sales was the Xbox Wireless Controller Carbon Black.“

Below you can check out a list of the best-selling games by platform and total year-to-date. 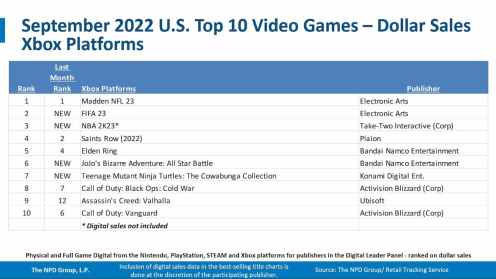 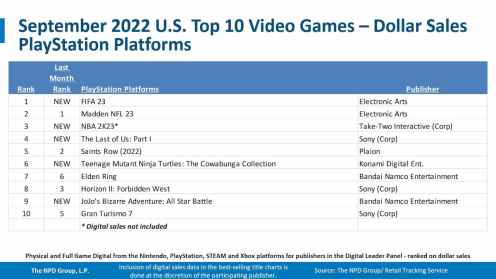 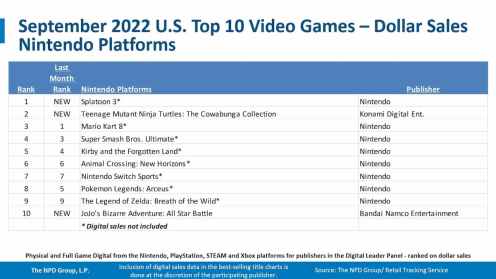 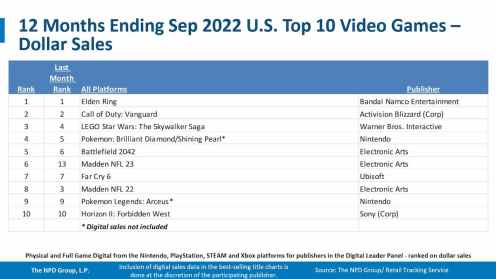 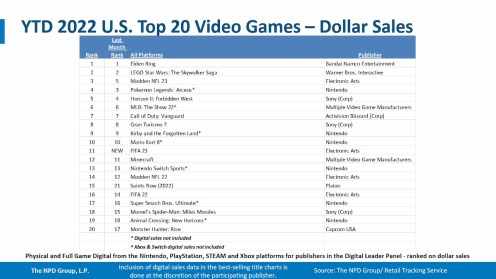 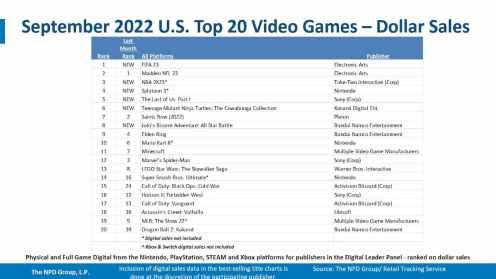