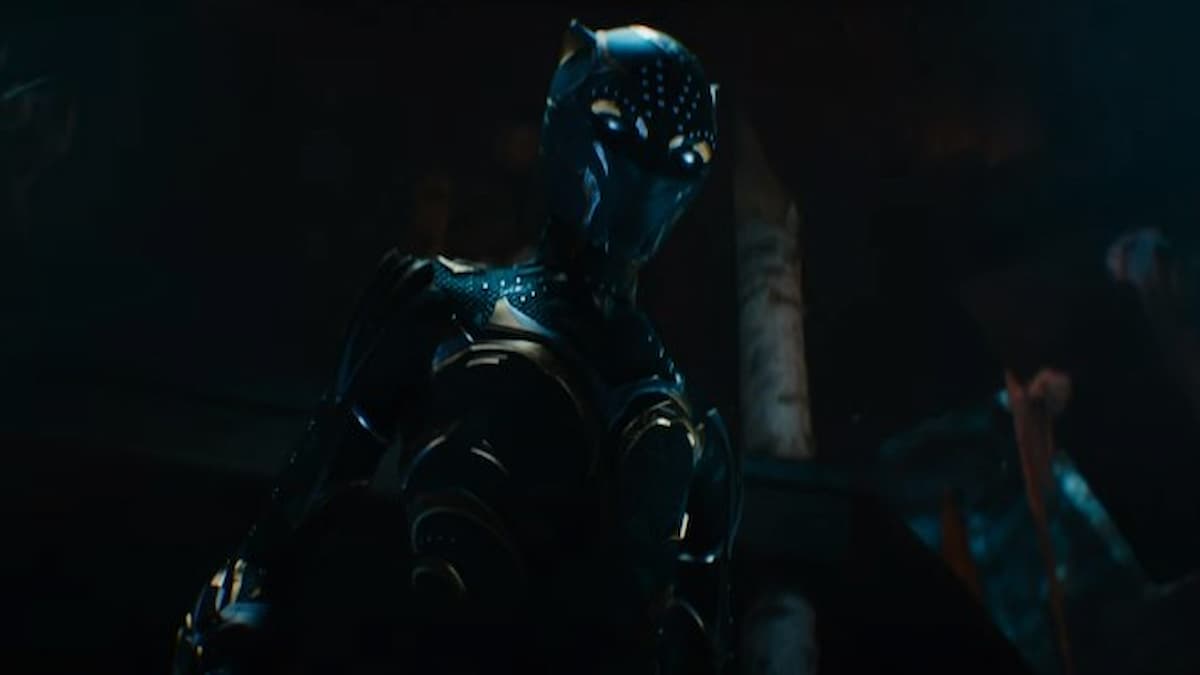 Earlier today on YouTube, Marvel Studios released a brand-new trailer for the next MCU film, Black Panther: Wakanda Forever. This official trailer is filled with over two minutes of new footage featuring the Dora Milaje in combat with Namor and his army, the first look at Riri Williams in her Iron Heart armor, and the first full shot of Shuri as Black Panther.

The trailer begins with the somber funeral procession for T’chala, the former Black Panther and King of Wakanda. We then hear a voice-over of Namor saying, “Only the most broken people can be great leaders.” Since the scene where this line is spoken isn’t shown, it’s unclear who the leader of Talocan is talking to.

Then we see a handful of possibly Wakandan airships flying through a snowy mountainous region to convene with the Jabari leader, M’Baku. Here we see him talking about how powerful Namor is, “His people do not call him general or king. They call him Kukulkan, the feather serpent god.” During that sentence, Namor is seen descending from the sky using the wings on his ankles to fly.

The next time Namor is seen flying in the trailer it looks like he’s bobbing and weaving left and right to avoid shots from a Wakandan ship. Shortly after, Riri Williams is shown assembling her Iron Heart suit and finally flying around in it as well.

As the trailer draws to a close, Shuri’s full Black Panther costume is finally revealed.

Black Panther: Wakanda Forever tickets are available now and the film debuts in theaters on Nov. 11, 2022.