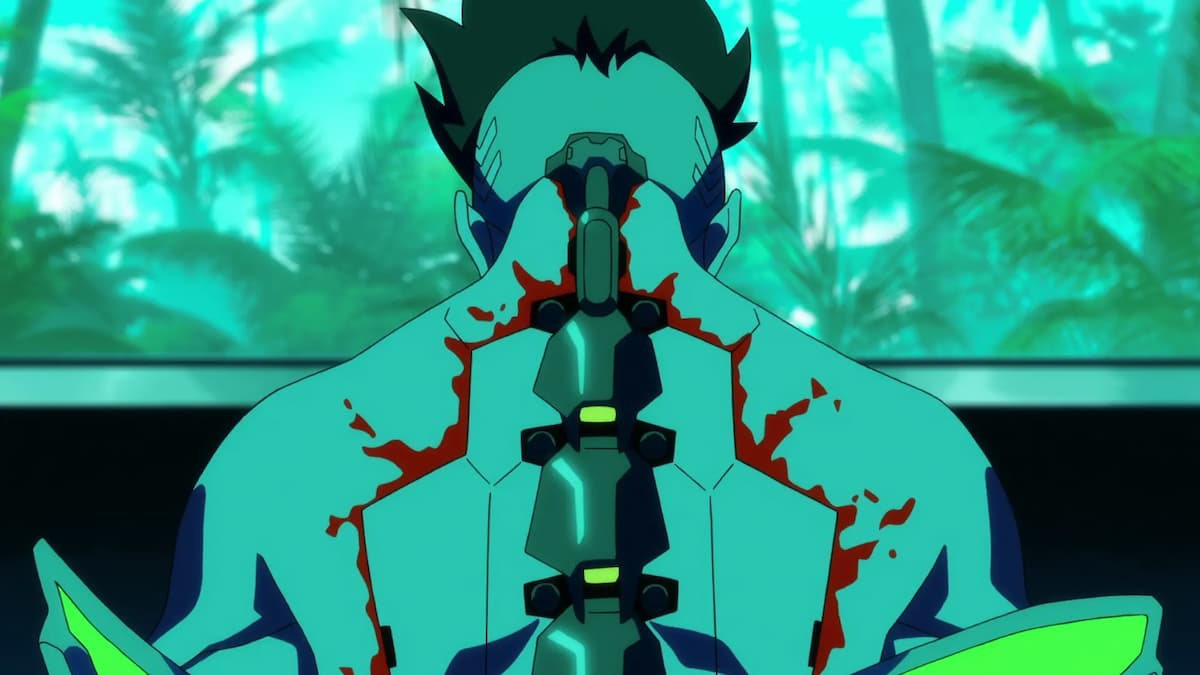 Cyberpunk remains the talk of the internet, with interest in the franchise resurging to an all-time high thanks to the combination of constant updates to the main game and the huge success of Netflix’s Cyberpunk Edgerunners. For those out of the loop, the critically successful anime is set in the same universe of Cyberpunk 2077 and explores the rise of an upcoming punk named David Martinez.

Fans of the game will appreciate the attention to detail that Studio Trigger put into the show, along with the memorable characters and unique art style. However, an underrated aspect of the show is how it explores certain concepts from the game that might have gone over the heads of many players: the concept of cyberpsychosis.

Before examining the concept of cyberpsychosis more thoroughly, it’s important to understand the real-life inspiration behind the fictional mental illness. Cyberpsychosis is based heavily on psychosis which is a condition where people lose touch with reality and start seeing hallucinations and start believing in delusions. Sound familiar? The causes of psychosis can include traumatic experiences, drug/alcohol abuse, side effects of prescribed medication, and much more.

Currently, there is no cure for psychosis in real life, and it remains a mystery for many working professionals in the medical field. If this sounds eerily similar to the cyberpsychosis found in the Cyberpunk Universe, it should be, as the lore plays heavily off of this real-life condition. While there’s an obvious separation, being that we’re not living in the dark future with countless enhancements at our fingertips, it’s not too far of a stretch to think that this could occur within society if we’re given the chance to push our bodies to the limit.

Prior to the release of Edgerunners, fans of the Cyberpunk universe only experienced the concept of cyberpsychosis through the eyes of V, the main protagonist of Cyberpunk 2077. In a string of sidequests, V encounters many characters who are undergoing cyberpsychosis; from Militech mercs to celebrities, V deals with a multitude of cyberpsychosis villains.

Through environmental storytelling and data entries, players are willing to understand cyberpsychosis more than players who rush through the game. However, because the narrative does not focus on cyberpyschosis, its existence as a very real scourge on the citizens of Night City is never properly explored.

Another difference between 2077’s exploration of cyberpsychosis is that the game encourages players to install as much cyberware as possible without exploring the consequences it may have on V. This, of course, enhances V’s abilities, but it also diminishes the concept of cyberpsychosis because it makes V seem like a god among men and women. There’s no line in the game that indicates that V is “special” like David.

A popular theory is that V can resist cyberpsychosis due to the fact their share a body with Johnny Silverhand. According to this theory, Johnny Silverhand acts as a defense against cyberpsychosis because he’s completely merged with V’s consciousness — you can think of Johnny as being a mental shield for V against psychosis. While this is a positive in some regards, you still can’t forget that Johnny is still a parasite feeding off of V’s body, so his protection against cyberpsychosis is not a win-win situation. In any case, keep in mind this is a theory and not something the game ever explicitly deals with.

The illness impacts everyone in a different way, so V could just naturally have a high tolerance in a similar manner to David or Silverhand might actually be the deadly key behind V retaining his humanity. Until CDPR expands this lore itself, we may never know why V held onto their sanity until the end of their journey.

Meanwhile, Cyberpunk: Edgerunners opens with the cyberpsychosis of James Norris. Naturally, this character is unknown to the audience, but he instantly shows how powerful he is when using his cyberware. In the first few minutes, he’s decimating dozens of cops, and it takes an elite team of MaxTax agents to take him down. There is no rhyme or reason for this devastation, and the opening of the Edgerunners attacks the senses with no remorse.

But what’s fascinating is that before we even learn about the concept of cyberpsychosis, David is watching the footage of James with a sick fascination. Similar to how many people can not look away from a car accident, David is rewatching a braindance of James’ incident. At first glimpse, you may assume that our main character has some serious issues, but instead, this serves as reinforcement of the fact that cyberpsychosis is a well-known issue that’s not taken as seriously in the cyberpunk universe.

Unless the incident occurs to someone directly or a loved one, society in general worries about more tangible and everyday threats. Throughout the show, we watch many beloved characters, such as David, Maine, and even Pilar suffer from the aftermath of cyberpsychosis. The impacts of the illness are so severe that when Maine loses himself, David goes deeper into the chrome rabbit hole and becomes a walking tank.

Every time someone close to David is lost due to cyberpsychosis (Maine and Pilar), he undergoes a massive change psychologically and emotionally. While he never turns into a complete villain, he still loses touch with his basic morals, even going as far as to murder an innocent woman that reminds him of his mother. Cyberpsychosis, similar to many diseases in our real world, is this invisible boogieman that preys on people attempting to escape the gutters of Night City.

Because having the best chrome is the only way for people like David, Maine, and other Edgerunners to move ahead in life, they feel obligated to sacrifice their humanity in the name of money, fame, and immortality (in a physical and social sense).

What makes the portrayal of cyberpsychosis so compelling in Edgerunners is that viewers get to experience what it’s like for a person to lose touch with their reality. The process is far from glamorous and existing when the character you’ve followed for five hours is succumbing to their cyber enhancements. In the original game, the cyberpsychos are just glorified mini-bosses with intriguing backstories. Sure, time and effort went into these encounters, but the tragedies of what led them to become this deranged did not impact most players.

Future game installments should take a page out of the Edgerunner playbook. Let players experience unique dream sequences that fully convey the impact of cyberpsychosis. CD PROJEKT RED could even implement gameplay mechanics based on mental illness. After Edgerunners, the sky is the limit, and CDPR should not miss out on this opportunity. Only time will tell if they take advantage of the hype behind this concept.