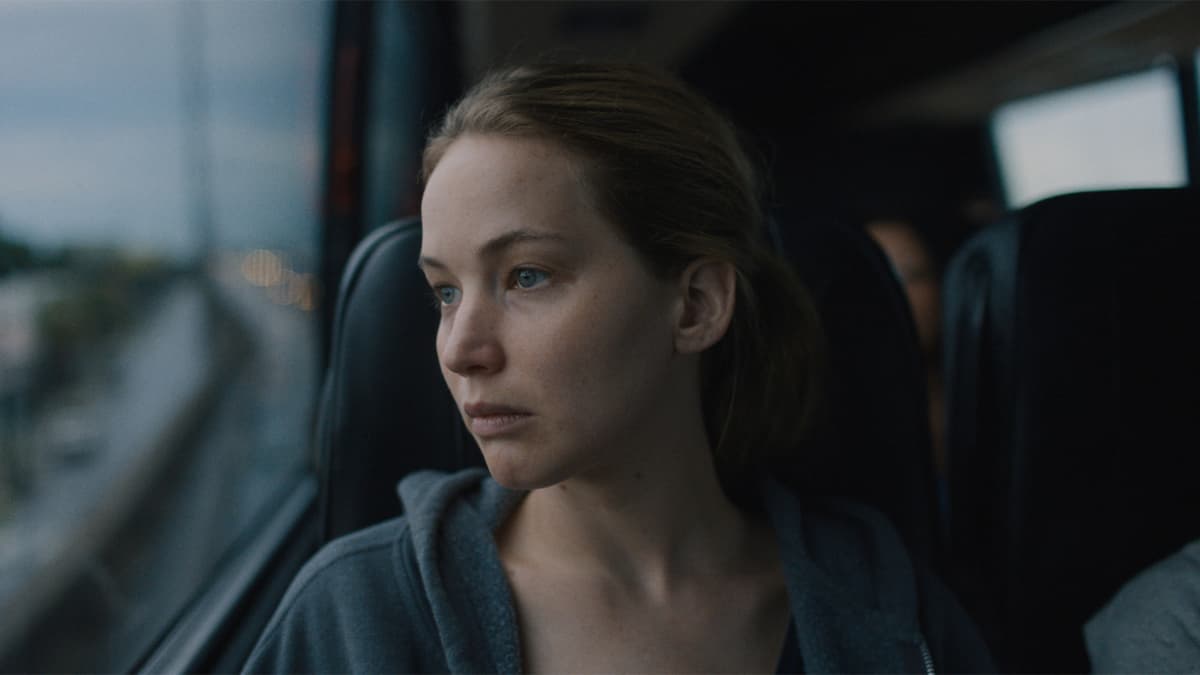 Image Courtesy of A24 and Apple TV

Causeway is a pretty unique film. Unlike so many other movies in the medium, it doesn’t focus on the writing, instead establishing and honing in on one character and exploring a very specific journey through an actor’s performance. It’s a story about the heartbreaking hardships of trauma and recovery, offering a look at one woman’s recovery and how she finds solace in another who is going through his own struggles.

Causeway stars Jennifer Lawrence in the lead role of Lynsey, a soldier who has now returned to her home in New Orleans. After suffering a brain injury while in Afghanistan, she must adjust to returning home and dealing with her former life in Louisiana and the long-term damage her injury has caused.

When talking about Causeway, it is important to note right off the bat that there isn’t the most complex script here as unfortunately, there were moments that could be seen coming a mile away that did in fact cause a groan. It’s tough because it’s understandable as to why some of these moments are there and how they further the character of Lynsey, but it’s hard not to wish that the script would’ve found a less cliche way to tell parts of the story. For instance, there’s a scene between the two leads of the movie that happens in the movie’s climax that is easily predictable from the moment that the two characters first meet.

The story of Causeway entirely revolves around Lynsey, which is excellent due to Lawrence’s nuanced performance of a person who is not only trying to recover but also working through the trauma that both the military and her past home life have caused. There are often many scenes in which Lawrence only says very little, if anything, yet by just looking at the expressions on her face and the way her character moves, the audience can get all the information they need about where Lynsey is, both physically and mentally.

Even though there are plenty of scenes where this happens, a perfect example of Lawrence’s acting comes from the film’s opening minutes where Lynsey is at her physical worst. Lawrence is able to not only portray someone in a wheelchair going through physical training in a realistic way, but she also is able to show the emotional toll that is of course weighing on her. It is thanks to Jennifer Lawrence’s acting in these scenes that the audience is able to relate and come to care for Lynsey so early on in the movie.

The other character that Causeway spends a significant amount of time with is that of Brian Tyree Henry’s James, a mechanic working through his own personal trauma and grief, unrelated to Lynsey’s and the military. While the film is only showing things through Lynsey’s eyes, the movie still makes it a point to make sure that the audience gets to know a lot about him, to which Tyree Henry does a fabulous job as he portrays his character with just as much nuance and respect as Lawrence does.

It would be too much of a spoiler to go into much more about his individual trauma, but it is very much appreciated in regards to how in-depth the film goes and how visceral everything feels with his character.

One of the biggest shining lights of Causeway is the relationship between Lynsey and James, with the two actors having fantastic chemistry, with their friendship being the true heart and soul of the film. Although I have to say that I am not a fan of one particular development in the two’s plotline, thankfully, it’s not something that we linger on too long, so it’s not a major complaint, just something that audiences should be aware of before watching.

While there are a few other actors that don’t necessarily get a ton of screen time, there are some who deserve special shoutouts. First of all, both Stephen McKinley Henderson and Jayne Houdyshell portray incredibly likable people trying to help Lynsey on her road to full recovery. You cannot help but feel cared for when you see how these two treat Lawrence’s character. There is also, Linda Emond who portrays Gloria, Lynsey’s mom, who does a great job at adding more nuance to her character despite having a bit of a predictable role.

Lastly, there’s Russell Harvard, a deaf actor in a role that I don’t want to spoil here as it was a pleasant surprise. He deserves to be talked about though because he does a fantastic job at making the viewer feel immediately connected to his character, and it is one of the moments that the writing actually does something unique and unexpected.

The scene involving Harvard was outstanding and one of my personal favorite moments in the film because it is a scene in which everything comes together perfectly, from the acting to the writing to Lila Neugebauer’s directing. I wish I could say more, but I don’t want to spoil anything because I believe it’s obviously best to know nothing more about it and for viewers to experience it for themselves.

At the end of the day, while Causeway is by no means a perfect movie, the performances of Jennifer Lawrence and Brian Tyree Henry in particular carry the movie into being a genuinely fascinating look at trauma and recovery. There are definitely some issues with the overall story, but thanks to everything else about the film being strong, I still believe that it is worthy of checking out, especially given the fact that the movie is only roughly 90 minutes.

Causeway is currently rolling out into select theaters across the U.S., with it eventually able to be streamed on Apple TV+ on Nov. 4, 2022.