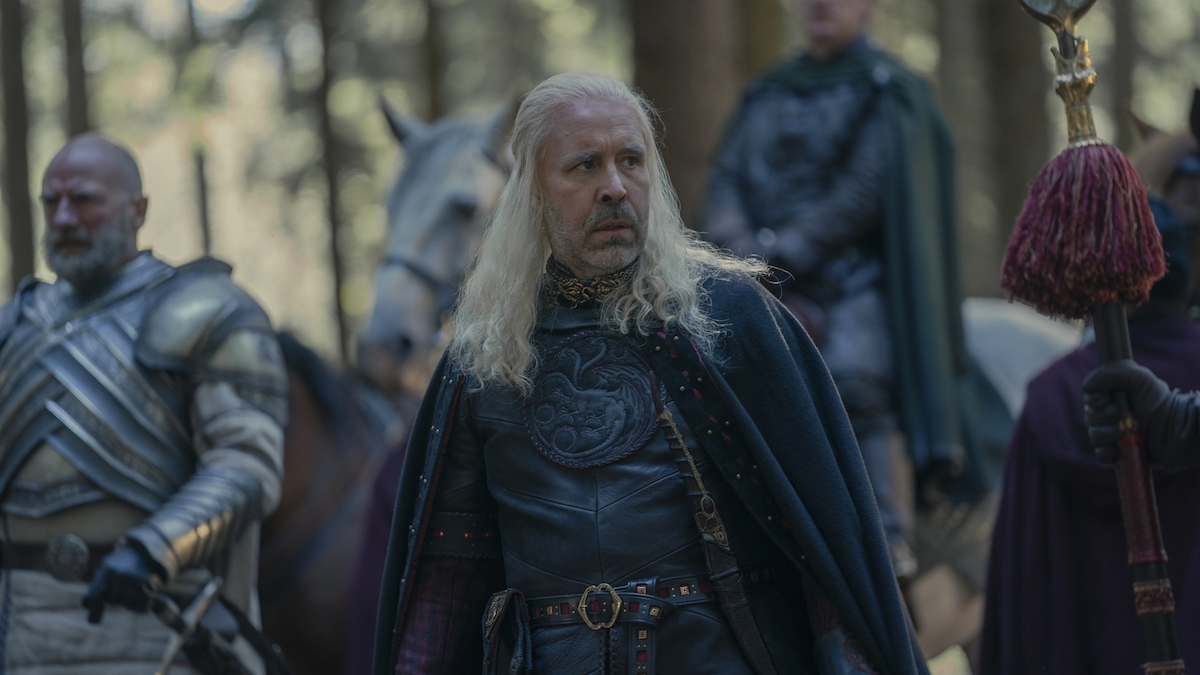 Since its premiere, House of the Dragon has been no stranger to time skips between episodes. One of the more shocking developments from these jumps was revealed in the third episode of the first season, which confirmed that Viserys Targaryen is now missing the pinky and ring fingers of his left hand. As a result, this has left many fans wondering what exactly happened to Viserys’ fingers between episodes two and three of House of the Dragon.

What Happened to Viserys’ Fingers in House of the Dragon?

Although viewers have yet to be given a concrete answer in the show itself, it seems highly likely that Viserys’ fingers were amputated due to the symptoms of his mysterious illness. We first caught wind of his sickness in the first episode, as the maesters were treating a lesion on his back that refused to heal. The scene ended with the suggestion of cauterization to further the healing of the wound.

In Episode 2 of House of the Dragon, we see the king being treated with maggots to remove the dead flesh of his pinky finger to, in the words of the maester, “hopefully stop the advance of the rot.” It’s now clear that this attempt to heal Viserys failed, and amputation of both the pinky and ring finger was required.

Some viewers have posited that Viserys Targaryen is afflicted with an earlier incarnation of greyscale, particularly due to its spreading across his skin. Although the coloration and bruising of his fingers in the third episode are similar to what we’ve seen of greyscale in Game of Thrones, the fact that the disease isn’t spreading from Viserys to those who are treating him heavily implies that it could be something else entirely.

That’s everything we know so far about what happened to Viserys’ fingers in House of the Dragon. Twinfinite will keep you updated as more episodes air and more information is revealed, but until then, you may want to learn more about the time skips between the first two episodes of the show or the source material the show is based on.