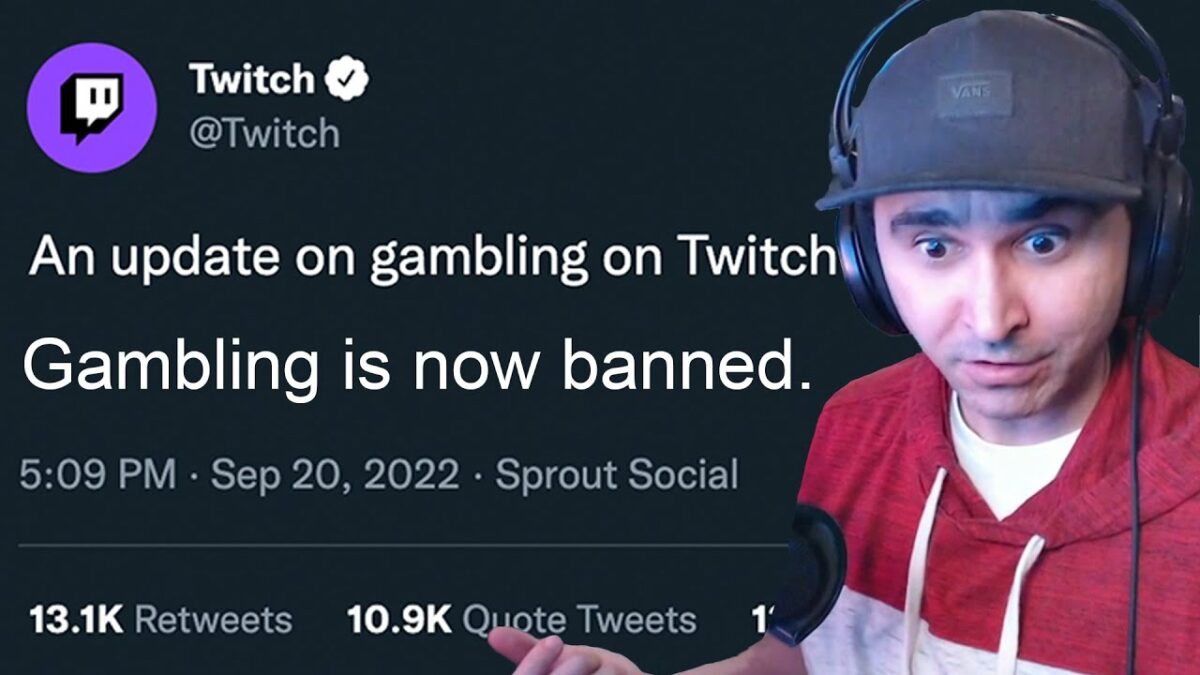 Late yesterday evening, Twitch announced that they would be prohibiting and banning the streaming of gambling sites that aren’t liscened in the U.S. or other jurisdictions that provide sufficient consumer protection. This is obviously big news in the streamer world, as gambling has been a big part of the platform for creators like xQc and Trainwreck.

As a result of this news, there are a lot of people, like the streamers mentioned above, that aren’t thrilled with the news. On the flipside, advocates for the ban, like Pokimane, are celebrating the news as a victory for the platform.

You can take a look at some of the most notable reactions from social media and clips right down below.

What do you think of the gambling ban? Are you of the opinion that the decision is a bit harsh? Or do you think that Twitch made the right call and that there should be even more rules put into place regarding gambling on the platform?

Whatever your take, be sure to let us know in the comments below. And while you’re here, we’ve also got lots of great other Twitch content for you to enjoy, including plenty of related features, news, and guides, in the articles section at the bottom of the page.