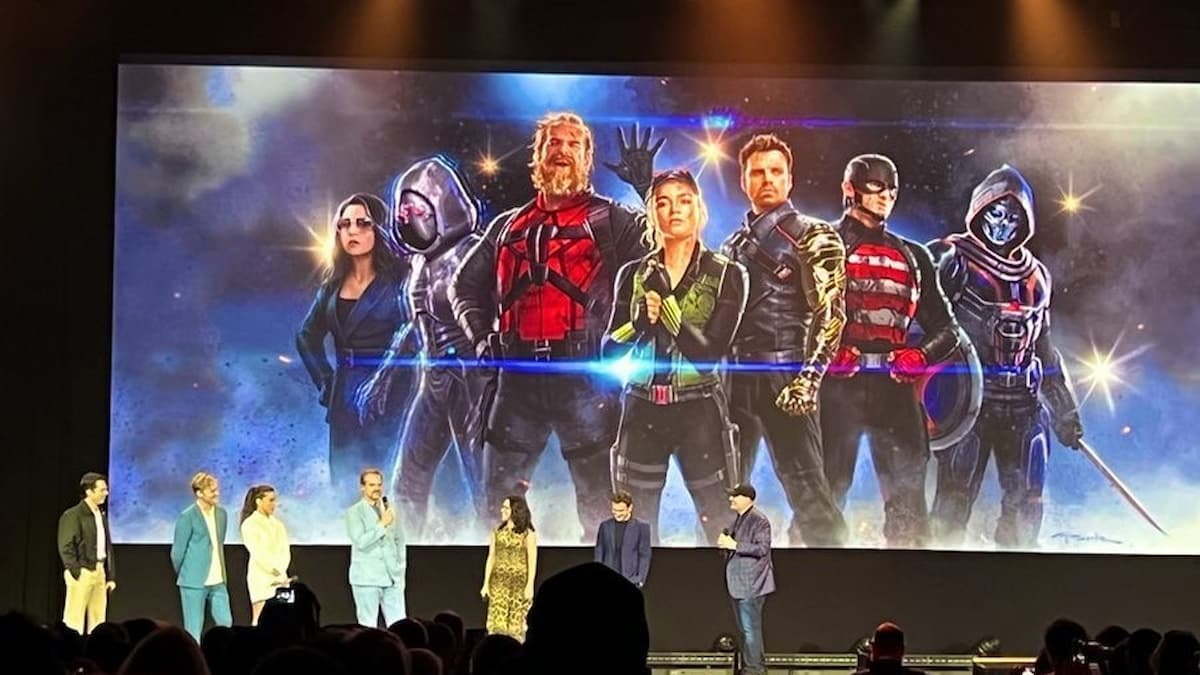 Marvel’s Thunderbolts was only officially announced this summer, yet the team’s entire lineup has already been revealed, showcasing the group of anti-heroes. Thanks to a picture released from D23 by The Walt Disney Studios’ president of marketing, Asad Ayaz, the lineup is confirmed and will consist of Yelena Belova, Winter Soldier, U.S. Agent, Red Guardian, Ghost, Taskmaster, and Contessa Valentina Allegra de Fontaine.

The official statement by Marvel.com can be viewed below.

It seemed likely that Valentina would be putting together this team, given her actions in previous MCU projects, which has now evidently been confirmed. Something interesting to note is that this movie is shaping up to be a sequel of sorts to Black Widow and The Falcon and the Winter Soldier, as almost all of the characters in the lineup are from those two projects. Ghost is the only outlier here as she was previously seen as the villain in Ant-Man and the Wasp.

Thus far, the Contessa has only interacted with Yelena and U.S. Agent, so it should be interesting to see how the members of the group will not only come together but also interact with one another. There is a ton of baggage between most of these members, which should provide intriguing conflict for the movie.

Marvel’s Thunderbolts will be released in theaters on July 26, 2024, as the last film in Phase 5. Twinfinite is the home to numerous guides on the MCU, some of which can be found below.