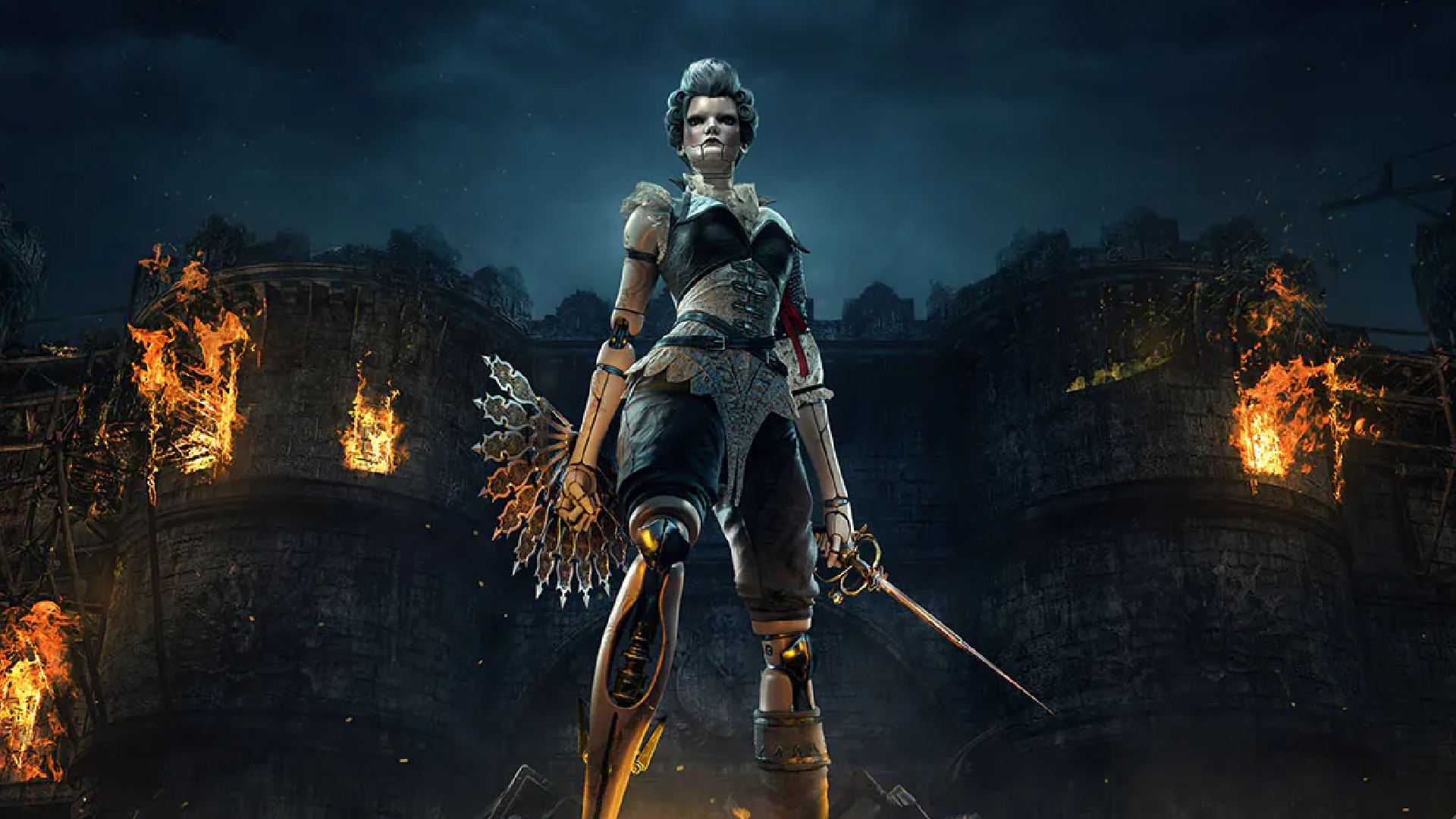 Steelrising is a Souls-like set during the turbulent first days of an alternate French Revolution, one in which King Louis XVI seeks to avert the course of history and crush the fledgling movement with an army of clockwork automatons. It features solid combat, and is incredibly faithful to its semi-historical setting, but is let down by some rough edges, and its inability to break free of FromSoftware’s legacy.

Set in Paris, 1789, Steelrising opens with a brief cinematic that immediately thrusts the player into its grim setting. While this parallel reality features many of our same real world, oftentimes larger-than-life, characters of the French Revolution, it differs in one crucial way: technology has diverged, with clockwork artificers capable of creating incredible automats, robot-like constructs with a gorgeous (and sometimes terrifying) neoclassical aesthetic.

You play as Aegis, a masterpiece automat crafted by Vaucanson, an engineer in service to The Clockwork King, or The Clockwork Tyrant, as King Louis XVI is now known. Aegis was designed as a gift for Queen Marie Antoinette to serve as a dancer in public, but in reality as her bodyguard and agent. One night, King Louis unleashes his army of automats on the city without warning, and the Queen dispatches Aegis to Paris, to find Vaucanson and a way to end this nightmare.

In the tried and true manner of modern Souls-likes, you are cast adrift in this world with little preamble. You are given the choice of several classes, which determines your starting stats and equipment, and you are able to customise Aegis physically, although it’s nothing to write home about.

Once you leave the Queen, though, you are on your own for the next several hours, left to wander the streets of Paris, learn the ins and outs of combat, or die trying. This is Steelrising at its best, as the mystery of the narrative and its setting remains vague, and you engage in the game’s solid mechanics.

Combat is fast and fluid, especially when played on the Performance mode setting. Graphics take a hit, of course, and while Steelrising has a consistent sense of artistic direction (the aforementioned neoclassicism is everpresent), textures are less so, and the game can look decidedly last-gen at times.

You will be managing a stamina meter, and using a combination of light, heavy, charged heavy and unique attacks, giving the player many options. There is a decent enough selection of weapons, each of which has a unique attack, and variations of each perform different functions. For example, I favoured a chain whip that could be imbued with flame elemental damage at will. Later, I found another whip that shared the same move set, but instead could function as a retractable shield.

Throughout the game, you will acquire various tools that will aid in traversal, including a grappling hook, and the ability to knock down fragile walls. Each of these tools can be used in combat and will allow Aegis to access previously inaccessible areas, which often contain meaningful items like weapons and armor. The different armor pieces are fantastic, perfectly encapsulating the 18th-century setting, and I was always excited to find a new tricorn hat.

Aegis can be upgraded in a variety of ways, and progression was satisfying. The soul’s stand-in is anima, the mysterious ingredient that powers the automats, and it can be spent on new gear, upgrading weapons, or on upgrading Aegis’ various stats. You are able to create a build that plays to the strengths of your chosen weapon, but –a flaw Steelrising shares with Bloodborne– they aren’t wildly divergent. So, while there is a meaningful difference between a strength or an agility build, or one focused on critical hits, there is no magic, and ranged attacks are more supplemental than anything you could build around.

Steelrising’s setting is a double-edged sword, and it will be fascinating to see how players receive it. Developer Spiders’ are based in France, and so it should come as no surprise that there is a palpable passion for the setting, and Paris has been lovingly recreated, with iconic landmarks like the Bastille and the Luxembourg Palace brought to life in stunning detail.

On the flip side here, there is a level of assumed knowledge that is quite shocking in its boldness. For example, if you are unfamiliar with concepts like the Ancien Régime, institutions like the Assemblée Nationale, or the Estates-General, and you don’t know your Robespierre’s from your Rochambeau’s, or your Lafayette’s from your Lavoisier’s, expect to be very, very lost. I’m a student of the Revolution and studied it at a university level. While I recognized these figures and events, I was astounded at how this mainstream video game constantly threw around names and concepts with zero follow-ups or explanations.

Steelrising features some fairly epic boss encounters, the most monstrous of which are known as Titans. While engaging and difficult at times, their attack patterns are comparatively basic and sometimes awkward. We’ll never know, but I couldn’t help but wonder if Steelrising might have gotten its hooks in deeper if it hadn’t launched in a year in which Elden Ring took the industry by storm.

More than anything else, though, Steelrising is ambitious, and it feels like Spiders are on the cusp of breaking into the AAA space. It was the same with Greedfall, the studio’s last project, and I’ll play anything they put out at this point because when they finally do hit, I think they have the potential to do something incredible.

Steelrising is a fantastic video game held back by its adherence to other giants of the genre, and a lack of polish, whether that was due to time constraints, budget limitations, technical hurdles, or myriad other reasons. Whatever the case, the developer’s passion for the setting, and the ambitions of a studio on the cusp of the big-time shine through. While nothing revolutionary, Steelrising is well worth your time and attention. 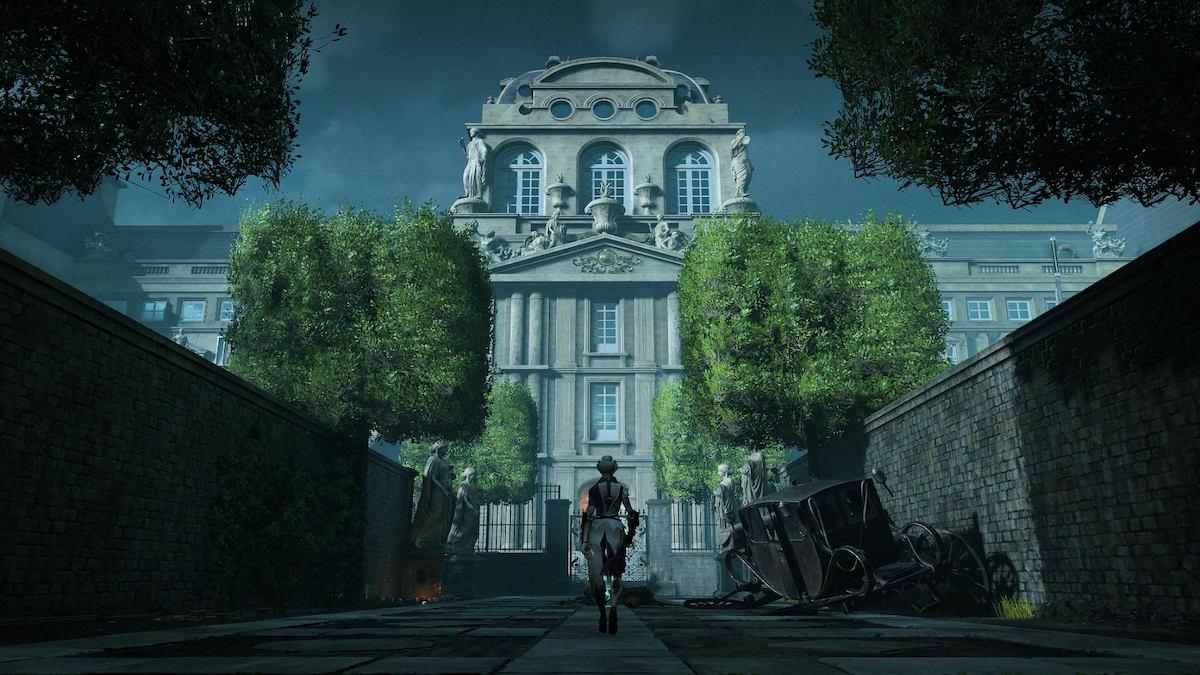