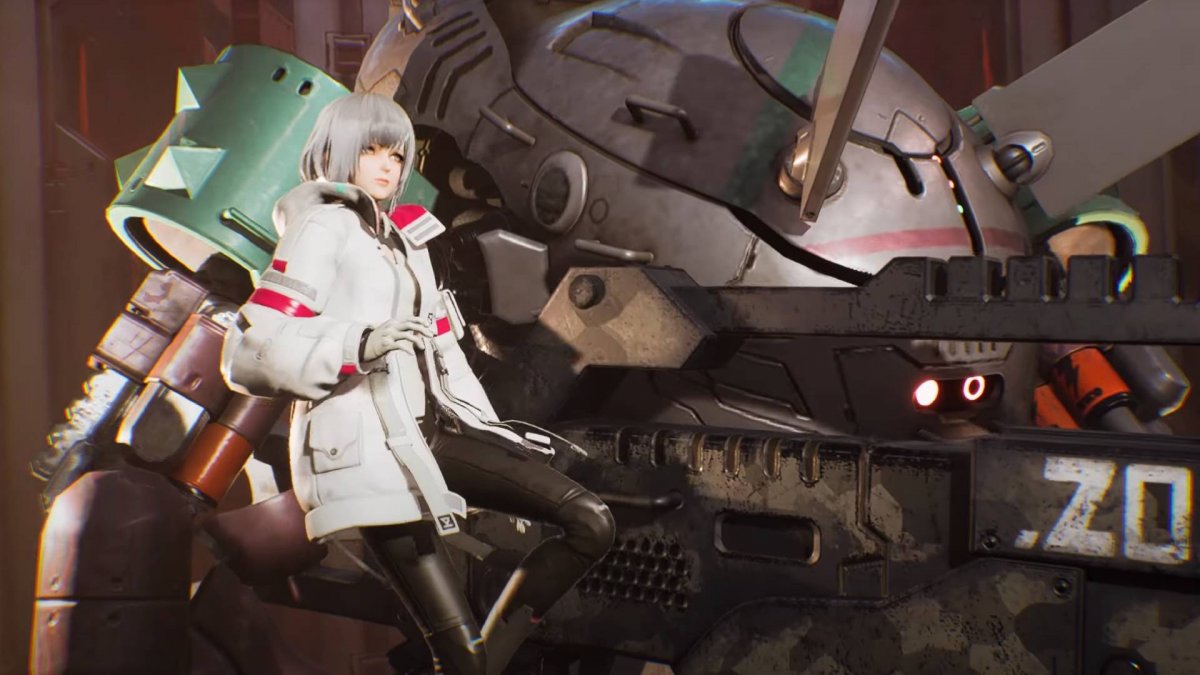 Have you ever felt like Death Stranding was way too grounded in reality? Did you ever think that The Last of Us Part 2 was too depressing and bleak? Well, Bandi Namco has the perfect game with Synduality. This new IP was just announced at PlayStation’s State of Play event and has you playing as a soldier with a cutesy anime girl A.I as they pilot his mech in a dystopian post-apocalypse setting.

Not much of the game’s story was unveiled in the trailer, but we did get a solid look at what to expect in terms of gameplay. It’ll be a third-person shooter that has you taking down evil mech soldiers, monsters, and much more with a wide variety of weapons.

Such tools of destruction include a railgun, a grenade launcher, a standard assault rifle, and a chain saw blade (because anime). Additionally, you’ll be destroying AO Crystals, gathering resources, and doing what you can to survive and reclaim the world that humanity lost along the way.

While a release date was not revealed, Synduality is scheduled to arrive on PS5, Xbox Series X/S, and PC sometime in 2023. The game will also be running on Epic’s Unreal engine. We have tons of articles about the latest anime titles. If you want to learn about the newest anime games, check out our site.