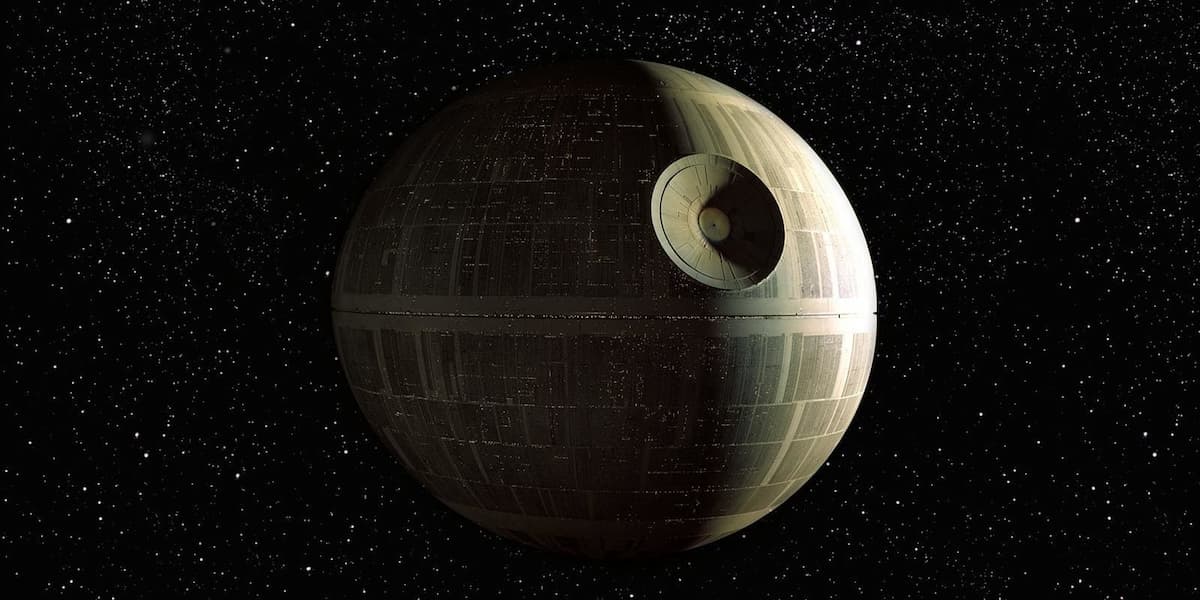 If you were one of the unlucky sods who grew up to be a safety inspector in that galaxy far, far away, the Death Star would be an absolute ball-ache to survey. Not only are there myriad OSHA violations that stem from the general systemic design of the Imperial space station, but it’ll also be an uphill struggle trying to persuade the upper management to actually implement all the safety advice you would eventually recommend (and that’s putting it lightly).

Long story short: I can’t see either Darth Vader or Emperor Palpatine being best pleased by a pencil-pushing clerical worker whose main objective is to keep everyone safe. Honestly, good luck with that, buddy! You ever heard of a force choke?

Now, almost five decades after the original 1977 sci-fi classic released, we may have an answer as to why the Death Star’s architectural design was so damn hazardous. You see, while the development of the Death Star’s blueprints – more specifically, the space station’s planet-destroying weapon systems – are largely attributed to Galen Walton Erso, aka the scientist in Rogue One: A Star Wars Story, a large portion of the battle station’s design was actually cobbled together by the Geonosians.

Who are the Geonosians, I hear you ask? Well, the Geonosians are essentially a flying species that were enslaved by the Galactic Republic in a bid to do the Imperial army’s dirty work. Namely, to help construct a planet-destroying weapon that we all know and love as the Death Star.

Over on reddit, user Alarmedwaffle3261 shared an image that set the entire forum ablaze. You can check out said image down below:

It seems to many that the Geonosians’ contribution to the Death Star’s design was largely overlooked by many Star Wars fans. However, here’s the spark that lit the fire that burned down the entire forum from user Artcat81:

yep, which explains the lack of safety and railings. When you can fly, no need for those things.

Mind blown, right? Who knew that the poor safety standards aboard the Death Star were thanks to the Geonosians’ flying capabilities. Makes sense, though, huh?

I think we can safely close the book on one Star Wars mystery that may’ve perplexed us over the many years. Still, it sure would’ve been funny to see a bunch of traffic cones lining the retractable walkways and giant chasms within the Death Star. Missed opportunity, George!

But what say you, though? Do you think this latest revelation is all a bunch of hooey? Or do you think there’s merit to these claims? Fly carefully down to the comments below to let us know.