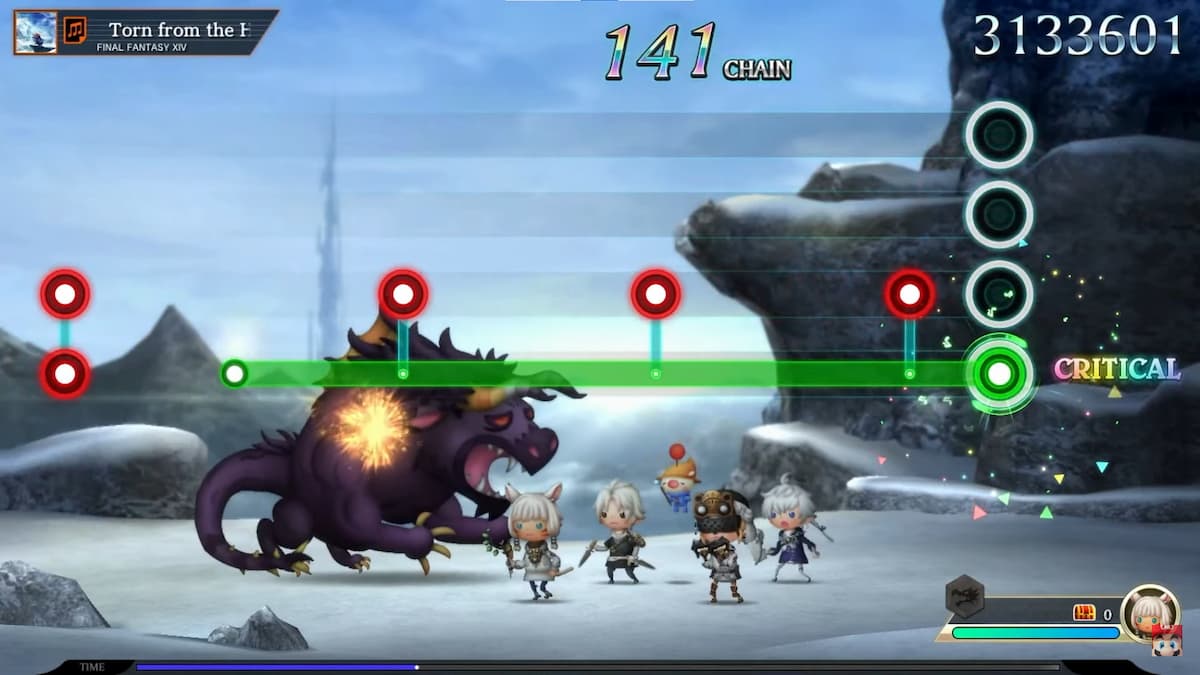 Today, during the Nintendo Direct stream, it was revealed that Theatrhythm: Final Bar Line will drop on Feb. 16, 2023, exclusively for Nintendo Switch. In this rhythm-based RPG centered around the Final Fantasy series, players tap buttons in time with the music to battle enemies in side-scrolling missions.

The latest installment announced today, Final Bar Line, is the largest release yet, with 385 iconic songs from the Final Fantasy series. You can check out the official trailer down below.

The massive library of songs is organized by game so players can experience their favorite Final Fantasy game all over again as they play through the soundtrack, defeating monsters along the way. Some of the fan-favorite songs include “One-Winged Angel” and “Torn from the Heavens.” Theatrhythm will support two-player local co-op and up to four players online for remote cooperative battles.

After the initial release of the game, over 90 songs of additional DLC will become available for purchase in the Nintendo eShop, including songs from the Near series, Saga series, Octopath Traveler, and more. The Theatrhythm: Final Bar Line Digital Deluxe Edition will include 27 additional songs, plus one DLC Season Pass, for a total of 442 songs. The Premium Digital Deluxe Edition will also come with 27 additional songs and will include all Season Passes, for a total of 502 songs.

Theatrhythm: Final Bar Line is available for pre-order now on the Nintendo eShop. For more info on the game and the rest of the Direct, be sure to search Twinfinite.