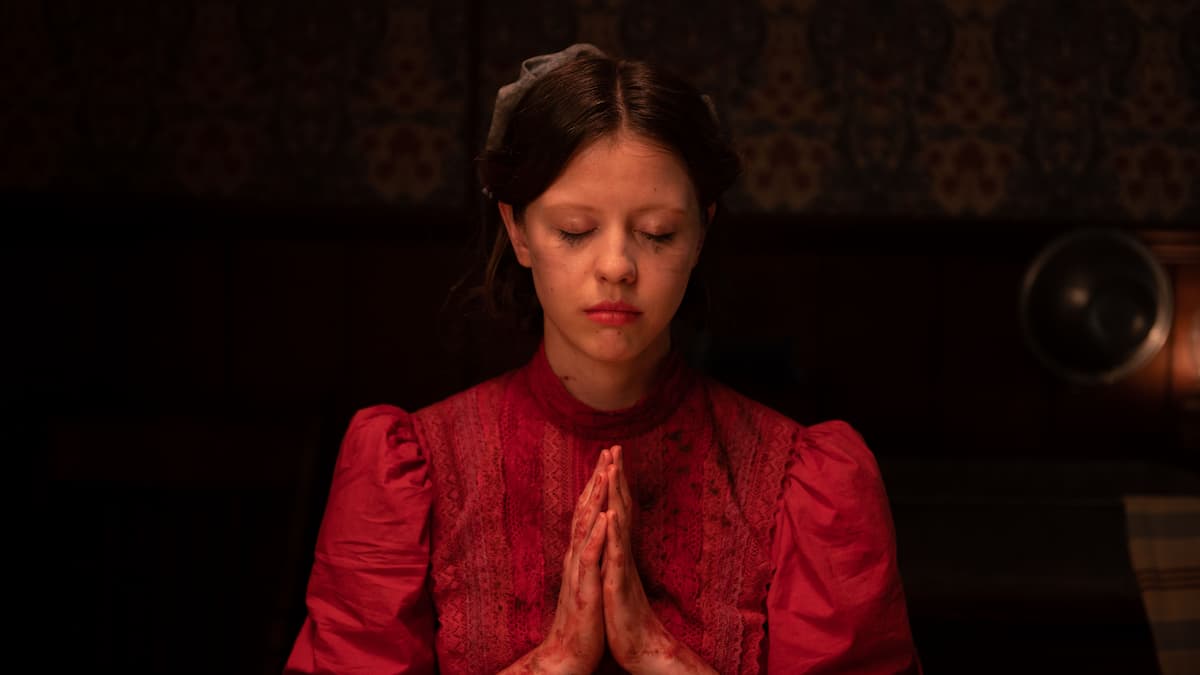 Image Courtesy of A24

A prequel to a movie only a few months old, Pearl proves itself as a visually stunning and horrifying violent backstory to the character first introduced in X. The new movie stars Mia Goth as the titular character who is bored of her life helping her mother take care of her father; instead wanting to make it in the movies and become “somebody.” Pearl showcases the farmhouse that would become the setting of X, with the movie set in the year 1918 during World War I and the Spanish Flu outbreak, furthering the struggles of the title character.

The first thing that I want to say is that I am going to be careful not to include any spoilers for X, especially given that the pic was only released this past March. However, I’m also being careful just in case you want to see this new film first. Pearl is very much a prequel, and while the very existence of this film does spoil some elements of the narrative within X, Pearl can undoubtedly be seen first, and you’ll still get enjoyment out of X later.

Something that very much differentiates Pearl from X though, is that Pearl is Mia Goth’s feature through and through; she is the star here. While Goth was certainly the lead of X, it didn’t purely focus on her, giving plenty of screentime to the other cast members. In Pearl, however, Mia Goth is the film’s pure focus, though it is worth noting that the supporting cast here is excellent.

It cannot be overstated just how impressive Goth’s performance is. She not only delivers a powerful monologue that is almost entirely one-shot, but she also turns in an expressive and emotionally resonant performance that really blew me away. You can see every bit of Pearl’s complex emotion by just looking at Goth’s face. This may not seem like a big deal to some people, but once you see this movie, you’ll know exactly what I mean and why I think it is so impressive.

Also, that monologue Goth gives should be award-winning, which it likely would be if this wasn’t a horror movie, as award shows seldom look at horror films. But yes, she’s that good in her monologue that she deserves every recognition possible.

Mia Goth not only shows her acting chops with Pearl but also her writing and narrative skills because she co-wrote this movie with the film’s director, Ti West. Goth’s character is now one of my absolute favorite horror characters of all time, which is in large part thanks to this film. While the character was fantastic in X, seeing how both Goth and West have managed to flesh her out here is nothing short of amazing and should be applauded. Really, the only issue I have with the script here is that it can be slow in some parts, but if you stick through these scenes, you’ll be rewarded for your time.

So how is the rest of the film? I mean, just because you have an exceptional performance doesn’t necessarily mean that the whole film is fantastic, right? While that may be true of some movies, it thankfully is not the case here, as the rest of Pearl is also outstanding.

Something that immediately stands out as another positive is the technicolor and score of the movie. Both aspects make the film seem almost like a fantasy, which really drives home the wants of Pearl, and how the fact that she wants to be a “star” is seemingly just a fantasy. This is a fascinating juxtaposition with the actual events of the film, as the film is incredibly gruesome and violent, a far cry from the fantasy that the character of Pearl is wanting to have. Before going into the film, I was curious about the choice to have Pearl be in technicolor instead of black and white. While technicolor was indeed invented a bit before 1918, it wasn’t widely used until a few years later, so I was wondering, before seeing the movie, why West and his team opted for this style over something that was more prominent at the time.

Well, there are a few reasons, one being that modern-day audiences would certainly rather see a film in color, so commercially, it makes sense. However, it also works creatively because the horror of what is going on in the movie wouldn’t have been nearly as effective as it was, thanks to technicolor. It is thanks to the technicolor that you feel more for Pearl as you can feel the fantasy that she wishes to come true and is seemingly just out of reach.

Another thing I was a bit surprised by when watching Pearl was the pandemic angle, something that is thanks to the film being set during the Spanish Flu. Having this pandemic in the movie gave even more of a reason for the character of Pearl to feel trapped and alone, furthering the character’s physical and emotional struggles. Both X and Pearl were shot back to back during the pandemic, meaning there were restrictions in place; thus, having the Spanish Flu as the backdrop for Pearl likely helped with filming. So while this did work storywise, it also presumably served a good purpose behind the scenes.

As I said earlier, you don’t need to see X before seeing Pearl, but for those of you who have seen X, don’t worry, you will still be rewarded. There are plenty of easter eggs for fans of X, both obvious and subtle, that people will be glad to see throughout the movie. Knowing what certain things meant for the next film chronologically certainly added to the experience of Pearl though, so keep that in mind when deciding whether or not to watch X first.

At the end of the day, besides some pacing issues, Pearl is an outstanding film and one that is well worth your time. It was recently announced that the third part of the X franchise, a direct sequel to X named MaXXXine, is currently in development, meaning that our time in this universe is not over yet, and I for one, cannot wait to check it out. If X and Pearl are any indication of what is coming next, MaXXXine should be another excellent horror outing.