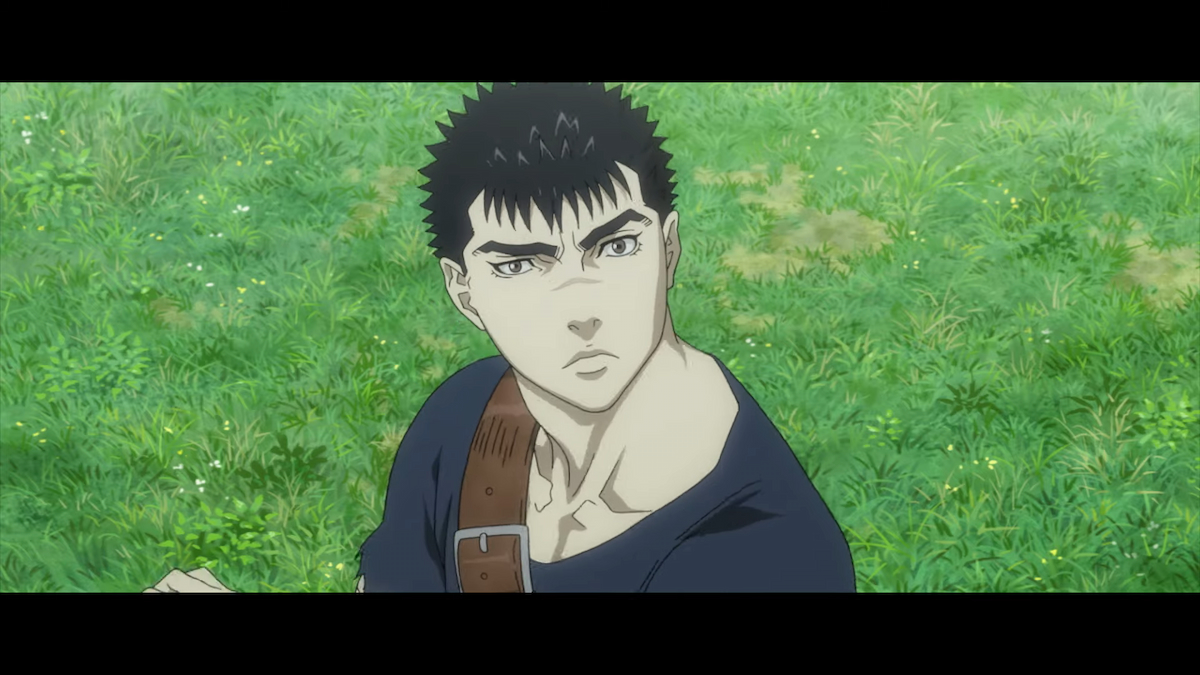 Berserk: The Golden Age Arc – Memorial Edition has landed at Aniplex Online Fest 2022. During a presentation from the actor providing the voice of Bazuso, Kendo Kobayashi, it was announced that new scenes are being added to this new adaptation of The Golden Arc. This is good news for those who watched the original Golden Age Arc films and want a fresh experience.

It’s been 10 years since Berserk: The Golden Age Arc hit theaters as a trilogy of films between 2012 and 2013. Now, it is being readapted into the Memorial Edition anime series set to hit Crunchyroll on Oct. 1. We don’t have any information on how many episodes to expect at this time.

Below is a quick clip that includes Kendo Kobayashi sharing the news on the upcoming recut.

Below this, you will find the full trailer shown during Aniplex Online Fest 2022.

Viz Media, the studio behind the North American release of Berserk: The Golden Age summarizes the story as:

The lone mercenary Guts travels to a land where a century-old war is raging. His ferocity and skill in battle attract the attention of Griffith, the leader of a group of mercenaries called the Band of the Hawk. Guts becomes Griffith’s closest ally and confidant, but despite all their victories, Guts begins to question why he fights for another man’s dream of ruling his own kingdom. Unknown to Guts, Griffith’s unyielding ambition is about to bestow a horrible fate on them both.

Part of the reason behind the Berserk: The Golden Age Arc – Memorial Edition recut is to honor the late mangaka Kentaro Miura who passed away in May 2021.