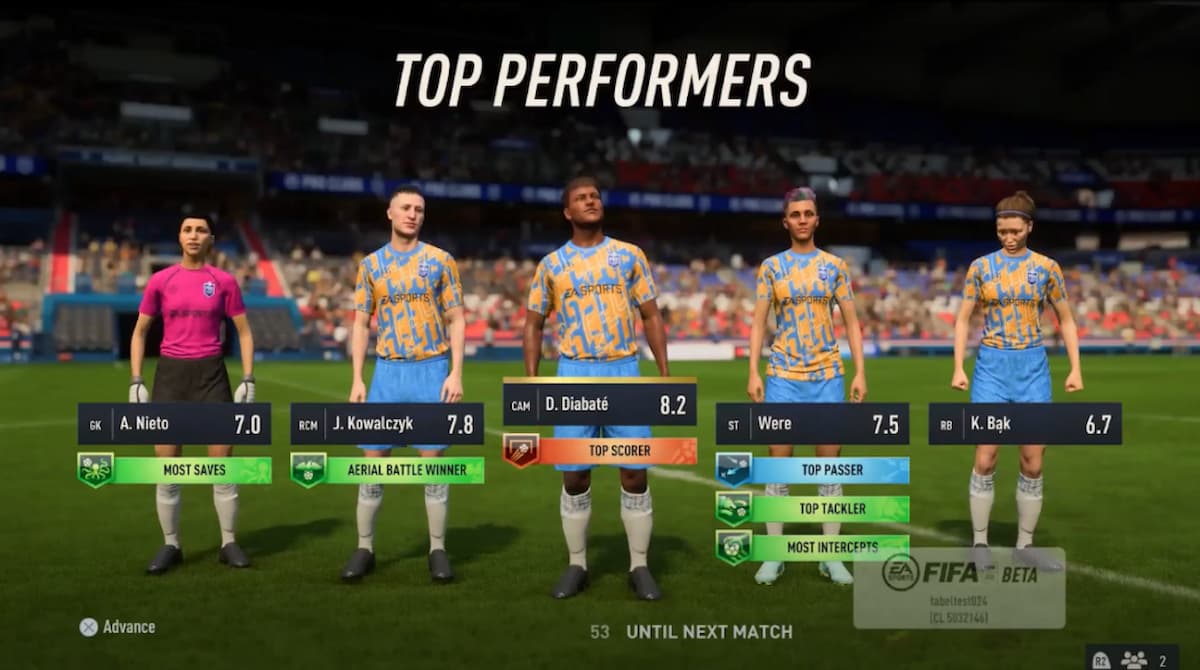 Pro Clubs is back in FIFA 23, and it brings with it the same chaotic and compelling co-op multiplayer gameplay we’ve come to know and love from the game mode. With cross-play coming to a number of modes in FIFA 23, that’s got a lot of fans wondering if Pro Clubs is also receiving the cross-platform multiplayer feature this year, too.

What Is Cross-Platform Play/ Cross-Play?

Cross-platform play or cross-play is the ability for those on different platforms to play online with one another. For example, say you’re on Xbox but your friend plays on PlayStation. When a game is cross-play compatible, it means you could both join a game and play together.

Not only does this mean you can play with friends on other platforms, but it generally makes the pool of online players you can be matchmade against much larger, and in turn improves the quality of online gameplay and the longevity of online game modes (as the servers are likely to remain more populated for everyone for longer).

Unfortunately, no, Pro Clubs isn’t cross-play compatible in FIFA 23. While this will definitely come as disappointing news to fans of the game mode, EA has stated that only 1v1 multiplayer modes will be cross-play for the time being.

Why is Pro Clubs Not Cross-Play?

Responding to the immediate backlash from fans that cross-play wouldn’t be coming to all game modes, including Pro Clubs, in FIFA 23, Game Design Director for Pro Clubs and VOLTA Football Richard Waltz said:

“I share your desire to see cross-play in Pro Clubs and understand the frustrations for not seeing it included in the launch of FIFA 23. While we’re excited with the first steps to bring new cross-play features to FIFA 23, we also recognize what cross-play functionality could mean to the Pro Clubs mode with the potential for improving matchmaking and allowing friends from different platforms of the same generation to play together,” he said.

“With the scale of such an important feature, our goal is to bring you the best possible experiences. As we look at our cross-play future, we’re focused on matchmaking in pro Clubs, VOLTA and FUT co-op, as well as cross-platform lobby invites and ultimately cross-platform Pro Clubs.”

While Waltz doesn’t go as far as confirming that cross-play will come to Pro Clubs this year, it certainly sounds like it’s something the development team will be working on for a future release. Perhaps it’ll be a flagship feature in the first entry in the EA Sports FC next year — the first game from EA Sports following the end of the EA/FIFA partnership.

What do you make of Pro Clubs in FIFA 23 so far? Let us know in the comments below.