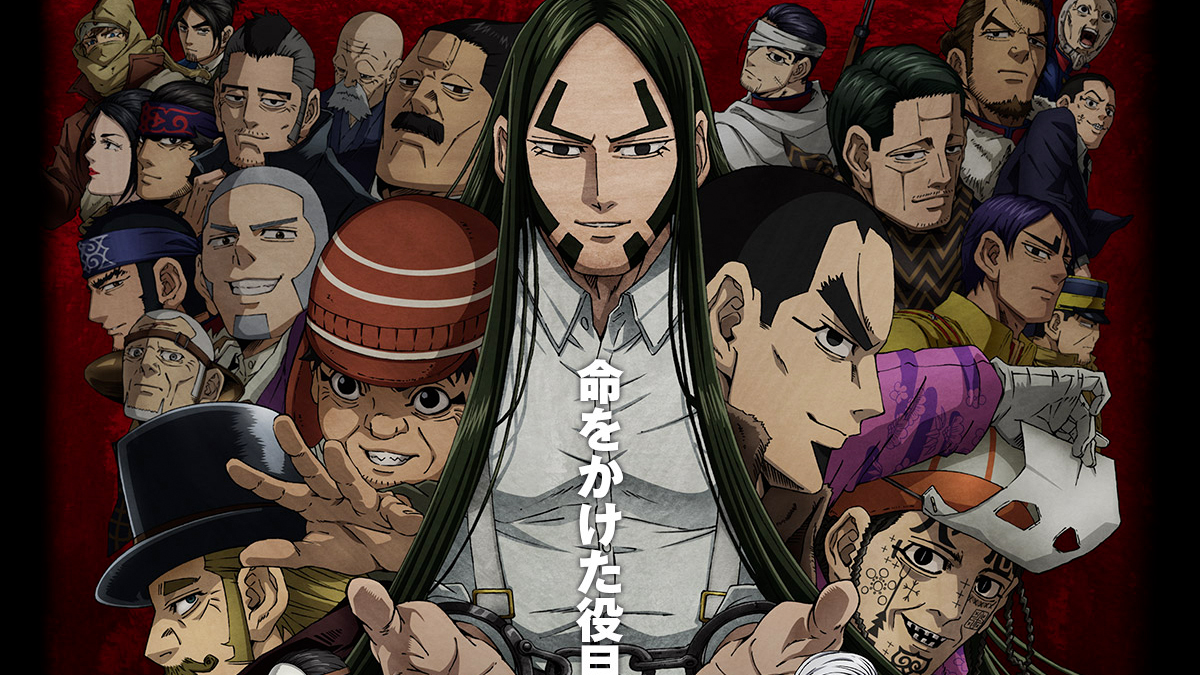 The Golden Kamuy anime series completed its third season at the end of December 2020 and left fans waiting in limbo for the next season. Recently, the seemingly endless gap has been filled with announcement of season 4 set to release Oct. 3, 2022. To help with the anticipation, Geno Studio released a new key visual with plenty of characters.

The anime takes a hard look at the themes of war and survival in new ways and from different perspectives. Primarily, audiences will follow Sugimoto, a survivor of the Russo-Japanese war revolving around the indigenous Ainu culture and the rush for gold. Historical fiction is somewhat of a rare sub-genre of anime, which helps this story stand apart from the rest.

This series offers insight into the culture (especially the food) of the Ainu culture and brings enough action and comedy to entertain. Blending in slice-of-life elements brings together unique and interesting characters in many different ways.

Although a work of fiction, there are references to factual events that actually occurred in the 20th century of Japan’s history. For example, the Battle of 203 Hill is a true event. Also, great care was given to ensure the Japanese Ainu language was used correctly.

The creator of Golden Kamuy, Satoru Noda, named the series’ protagonist after his grandfather, Saichi Sugimoto, who was a war hero in his own right. In addition, all of the weapons and equipment were the responsibility of designated animation designers, who were tasked with replicating everything accurately.

This series is an exciting project for Studio Geno, a newer anime studio that assembled in 2015. Golden Kamuy is only their second listed project and showcases what they’re capable of.