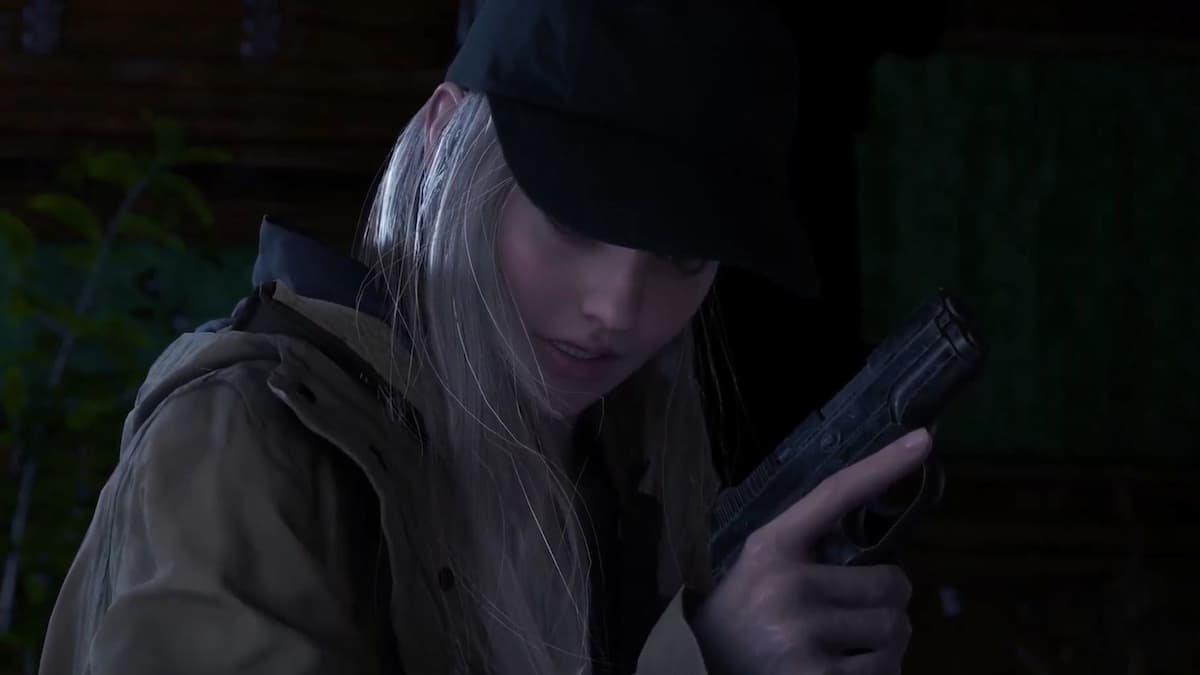 In a few more weeks, Rose Winters will make her playable debut in the Resident Evil Village DLC: Shadow of Rose. However, players who either skipped out on the latest entry or didn’t find every piece of lore in the original game may have no clue as to who Rose Winters is and why they should care about her upcoming adventure. Don’t stress out too much if that’s the case, as we’ve listed the essential facts and information that will catch you up to speed and hopefully make you excited for the expansion.

To understand Rose and her unique powers, players have to revisit the events of Resident Evil 7. In that game, the main antagonist was Eveline (E-001), a walking, talking Biohazard that took the form of a little girl. Eveline had the unique ability to take over the minds of those she came in contact with and give them unique powers, such as the ability to regenerate limbs and perform seemingly superhuman/supernatural feats.

However, this power came at a cost, as her ultimate goal was to create a warped family. To accomplish this task, E-001 would corrupt the minds of her victims and turn them into violent/psychotic versions with little to no control of themselves. Resident Evil 7 focuses on another key element of her powers, which was that she was also the result of a shady crime syndicate known as The Connections.

The Connections, with the help of a key figure known as Mother Miranda, created Eveline by using a sample of this highly specified Mold that influences not only the events of Resident Evil 7&8 but also the entire series. But for now, just know that the Mold is similar to cloud-based storage in the sense that anyone who comes in contact with the stuff is a part of the genetic network that is the Mold.

“Welcome to the Family, Son”

RE7 is worth playing through at least once. However, for the sake of brevity and clarity, let’s touch on the essential events that happen regarding Rose’s origin. The game centers around Ethan and Mia Winters, who are Rose’s parents.

Before the events of the game, Mia Winters (an agent of The Connections) is given the task of escorting Eveline along with a ship crew of her co-workers. However, things go array, and Eveline takes over the crew and causes the ship to crash onto the estate of the Bakers (a down-to-earth family within the Louisiana swamps).

Eventually, Jake Baker finds Mia and Eveline washed ashore on his property. What happens next is a three-year nightmare where E-001 forces the Baker family, along with Mia, to kidnap various individuals and slaughter them in horrific ways. However, Ethan Winters eventually visits the estate looking for Mia after receiving an old message from Mia recorded moments before the crash of the ship. Sadly, however, it’s not long before Ethan is not only mutilated by his wife but also ultimately killed by Jake Baker during RE7’s introduction.

Although the game treats this moment as Ethan being knocked out and later magically healed by Zoey Baker (daughter of the Baker family), it’s later confirmed in RE8 village that Ethan was killed by Jack and assimilated into the Mold. Meaning that Ethan is essentially nothing but a corpse held together by Mold powers for the rest of Resident Evil 7 and 8. As to why Ethan was able to resist the influence of Eveline, that’s anyone’s guess, but he becomes the first protagonist in a Resident Evil game to become a bioweapon.

As you may have guessed, Ethan and Mia survive their traumatic experiences at the Baker estate and are even rescued by longtime RE veteran; Chris Redfield.

After the events at the Baker estate, Ethan and Mia are put into a psudeo witness protection program somewhere in eastern Europe through Chris’s connections. During this time, the two have Rose but remember that Ethan isn’t technically human anymore, so Rose is inherently special. Regardless, the Winters family have a few months of peace until one faithful night.

Without Warning, Chris ambushes Mia in a hail of bullets and kidnaps Rose. And with these shocking events, the plot of Resident Evil 8 begins.

So to avoid turning this session into a complete recap of RE8, just know the Mia that Chris attempts to take out was Mother Miranda. It turns out Miranda is a woman who discovered the mysterious mold after the death of her daughter Eva. Unfortunately, Eva was taken by the Spanish Flu, and this inspired grief-stricken Miranda to find another vessel for her daughter by using the Mold’s unique properties.

However, it would take years of testing on the local population along with the creation of the four iconic lords; Lady Alcina Dimitrescu, Karl Heisenberg, Donna Beneviento, and Salvatore. Each lord would prove powerful in their own right, but none were a suitable host for Miranda’s precious Eva. None until the birth of one Rose Winters.

What follows is a last-ditch effort from Ethan Winters to rescue his daughter from the clutches of Miranda. Ethan would go on to take down the four lords in their respective locales and finally defeat Mother Miranda with the help of Chris and his team of special forces.

A strange, overweight, yet extremely polite merchant (similar to the one from RE4) known as The Duke would also sell Ethan valuable weapons and provide crucial hints during his adventure to save Rose. The Duke’s true identity or intentions are never revealed, but it’s likely that he has supernatural abilities similar to that of the four lords.

Ultimately, the real Mia is found alive and well by Chris, and Ethan’s body finally succumbs to his wounds (one including having his heart ripped out). After giving Rose to Chris, the original campaign ends on a somber yet hopeful note.

The RE Saga Continues

In a post-credits scene, we’re reintroduced to an adult Rose Winters. Now under the careful observation of Chris’s team, Rose is seen visiting the grave site of her father while wearing his iconic jacket. Interestingly enough, one of the guards jokingly calls her Eveline, and Rose threatens him with supernatural powers that even Chris is unaware of.

Meanwhile, a sniper team awaits to take her down should she turn on the agent at any point. This final scene demonstrates that Rose is perhaps more powerful than even mother Miranda and that Chris views her as a potential threat as well as an essential ally in the war on bioterrorism.

Based on the recent trailer for the Shadow of Rose DLC, it’s evident that Rose will use a combination of traditional firearms and mold powers. The trailer also hints that Rose will travel into the conscious of the mold and even face off against the mysterious Duke.