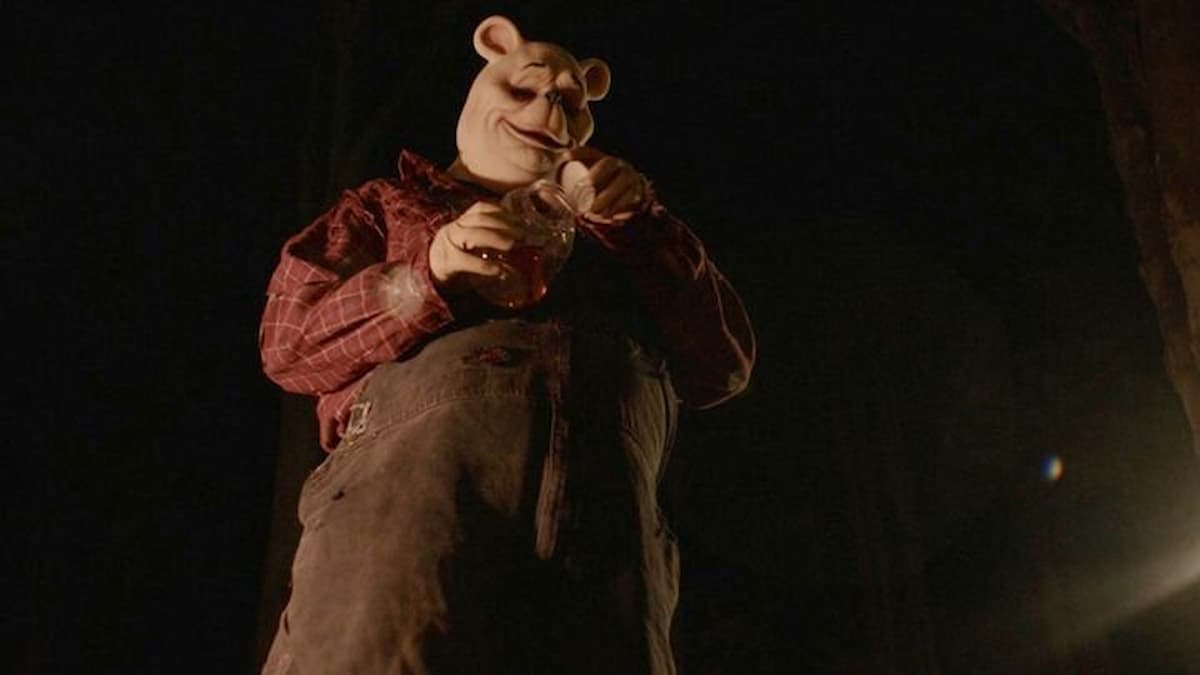 Earlier today through the Jagged Edge Productions YouTube channel, horror fans got their first look at Winnie-the-Pooh: Blood and Honey, a slasher film that sees beloved children’s characters Pooh and his pal Piglet revert into bloodthirsty maniacs long after Christopher Robin has abandoned them.

This version of the classic tale sees Robin setting off to college, but not before returning to check in on his old friends. Unfortunately, things take a very brutal turn not long after. You can check out the trailer in all its gory glory below.

Suffice to say, the trailer doesn’t leave too much to the imagination. That said, how did this project come to be in the first place? Well, back on Jan. 1, 2022, A.A. Milne’s classic Winnie-the-Pooh story fell into the public domain. Just five months later, Variety reported that writer/director Rhys Waterfield had actually already wrapped production on the film. Speaking on it back in May, Waterfield offered up details on the plot:

“Because they’ve had to fend for themselves so much, they’ve essentially become feral. So they’ve gone back to their animal roots. They’re no longer tame: they’re like a vicious bear and pig who want to go around and try and find prey.”

While there isn’t a release date at the moment, Bloody Disgusting notes that ITN Studios is set to distribute the film later this year. Additionally, Jagged Edge Productions proudly proclaim that Pooh is “COMING SOON TO DVD AND VOD WORLDWIDE.” Amber Doig-Thorne, Maria Taylor, and Danielle Scott are set to star.

So horror fans, are you as excited about this as Waterfield and company appear to be? Or are you still in disbelief that this is real? Be sure to sound off below!