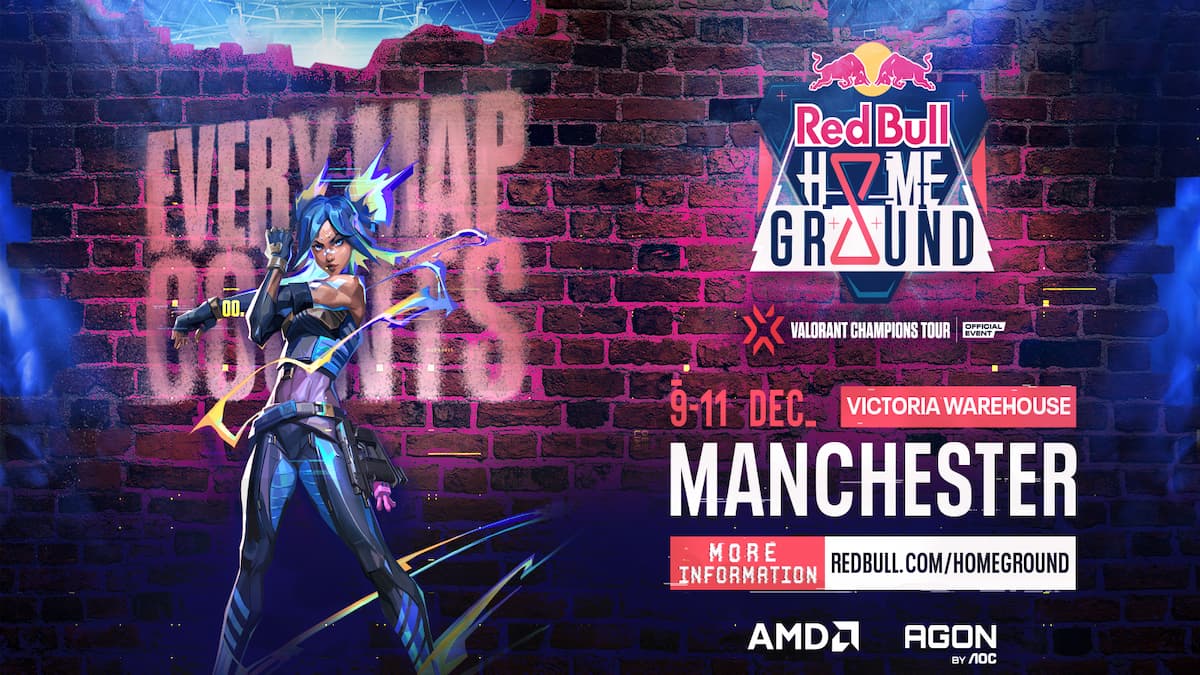 Red Bull’s unique Homeground Valorant tournament is back again for 2022, and this time it won’t just be the EMEA region teams involved. A press release sent to Twinfinite today highlights that North American teams are joining the action for the first time, and there will also be a live crowd in attendance.

The event is taking place in October and forms one of the major non-VCT tournaments being held during a period that Riot Games had earmarked for third-party competitions during its overview of competitive Valorant earlier this year. Red Bull Homeground is being held at the Victoria Warehouse in Manchester, United Kingdom.

If you’re unfamiliar with the format, Homeground games have a unique structure. Each team picks a favorite map, which is considered their “home ground.” Series are best of three, but they become best of five if an opposing team beats the other on their home ground.

G2 Esports and Team Liquid were the 2020 and 2021 champions of Red Bull Homeground in previous years. 2022 might very well see the first North American team crowned as champion, and in front of a live audience too.

There’s no information yet on the prize pool, which has in the past been £60,000. Presumably, this year will feature a greater prize pool given that North American teams are taking the trip across the Atlantic to get involved.